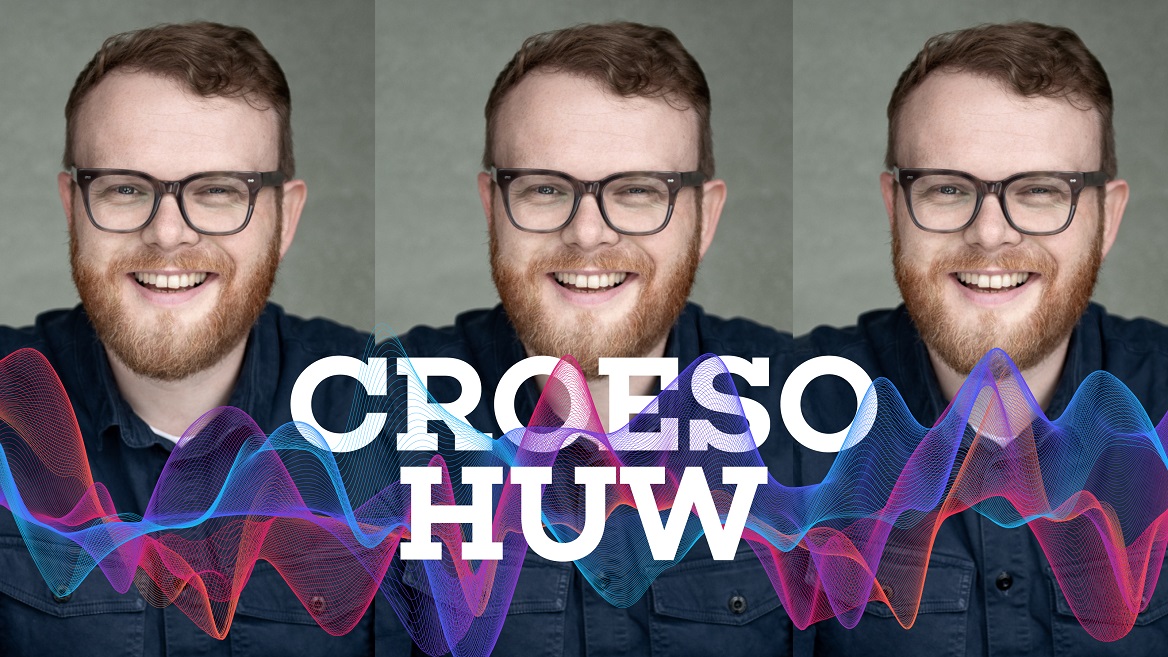 Music Maestro Huw Stephens Turns Up the Volume This Autumn

Celebrated across the world for its spine-tingling ‘anthem’ moments, Principality Stadium will see Welsh rugby supporters rejoicing and in full voice once again, when the Autumn Nation Series returns to Cardiff next month.

Principality Stadium bosses have confirmed a return to the much-revered pre-covid levels of match-day entertainment, with the re-introduction of live music fan zones to concourses.

But that’s not all – the soundscape of a Welsh rugby matchday is set to be revolutionised with a unique mix of traditional choirs alongside a music playlist curated by a new celebrity matchday maestro, BBC Radio Wales & Radio Cymru and television presenter, Huw Stephens.

“In recognition of the extraordinary music talent in Wales and the choral matchday sound that has become synonymous with Principality Stadium; we are proud to introduce Stadium Sounds (Synau’r Stadiwm), a contemporary, digital and live stadium music experience, designed to complement the existing traditional musical elements of a matchday,” said Principality Stadium manager Mark Williams.

“Music is an important element to a matchday, helping to build excitement from the time gates open, to the moment teams run out and the cheers of the crowd reaches a crescendo.

“Through our work with Huw, the WRU and Principality Stadium have committed to supporting established and upcoming Welsh artists and featuring them heavily throughout the matchday experience inside the stadium bowl.

“This is the home of Welsh rugby, and supporters can expect the ‘Welshness’ to be dialed up to a hundred in the Autumn Nations Series.”

As well as live fan zones, supporters can relive that Principality Stadium feeling with matchday music play lists online; and have you ever wondered what the international players listen to, to get themselves hyped up before a match or in the gym?

Synau’r Stadiwm will include access to exclusive playlists throughout the autumn, curated by Huw Stephens and the Wales rugby squad.

“Match day at Principality Stadium, in Cardiff, and right across Wales is such a special thing.”, says Huw. “To be asked to bring some brilliant music to the stadium on the day is very exciting and will surprise and enhance the day for everyone, I hope. There is so much great music being made by Welsh artists, and to have them playing before the Wales games, in and around the stadium, is going to be very special.”

No one feels the atmosphere more than the players, “It brings everyone together before the game” says Wales International Kieran Hardy. “The crowd wants you to perform, the performance and result is important to the country. You get that from the anthem. You can feel the atmosphere and the energy everyone has for the game.”

Dewi Lake agrees, “It’s amazing, the anthem and the atmosphere. It’s something to be proud of as you’re singing in front of 70,000 supporters. The connection with the crowd is felt throughout our time at the stadium. They bring a lot of energy to the stadium, they really get behind us, and it gives us extra motivation to perform.”

In addition to the contemporary music scene, the much-loved choirs will return in full voice. A mixed-voice choir of over 150 singers, will flood the pitch each game to perform a medley of rousing, Welsh rugby songs supported by The Royal Welsh Regimental Band. Calon Lan, Hymns and Arias and Bread of Heaven, rugby anthems sung for generations, are all guaranteed to get a crowd going before kick-off.

The choir and band will once again occupy their traditional position behind the players as they line up for the Welsh National Anthem. Sounds of Hen Wlad Fy Nhadau and Gwlad, Gwlad will punch through the air to join 75,000 voices creating that famous, ‘cauldron’-like atmosphere, revered by players and supporters alike.

Haydn James, WRU Musical Director for over 20 years said, “Even though we had choirs and a band perform at each of the three 2022 Six Nations games in February and March, there were still some post-Covid restrictions in place, so the autumn series in November will be the first time any sort of normality has returned to pre-match music since the France game in February 2020.

“The aim, at every game, is to provide the highest possible standard of singing, but also to ensure that everyone enjoys the day and this very unique experience. I’m truly looking forward to that first performance of ‘Hen Wlad’ at the New Zealand game, in advance of the famous ‘Haka’. The atmosphere will be amazing.”

Musical theatre super-group, Welsh of the West End will also be performing at the All Blacks and Australia matches, singing a set list of hits on the pitch, including tracks that saw them shoot to fame on Britain’s Got Talent, before joining the choirs for the anthem.

Sophie Evans, a member of Welsh of the West End says, “To lead the Welsh National Anthem at this years’ autumn internationals is a complete honour. I’ve been such a huge Welsh rugby fan since my childhood. Growing up, singing the anthem in our house was a big thing – everyone went quiet, then everyone sang along – so to perform the anthem on the Principally Stadium pitch this year, along with 75,000 other proud Welsh fans is going to be an emotional and spine-tingling feeling, especially carrying a little boy in my belly!!”

Principality Stadium Manager Williams added: “We welcome the return to the full matchday stadium experience. We know from post-match surveys that our supporters have deeply missed the choirs and regimental band, and the pageantry that goes with a match day.

“We are a nation of singers and I’m delighted that we can marry the traditional aspects of match day with contemporary music through the introduction of our live music fan zones.

“Don’t miss out, there’s an incredible Autumn Nations Series ahead, and the chance to watch some of the best rugby teams in the world compete in the best stadium in the world. We want the stadium to be in full Welsh voice this November!”

Secure your tickets to the Autumn Nations Series 2022 now, from wru.wales/tickets

*concessionary ticket prices, which carry a 50% discount, have been available to all young fans under 17-years-old, in all ticket categories for all four 2022 Autumn Nations Series matches.