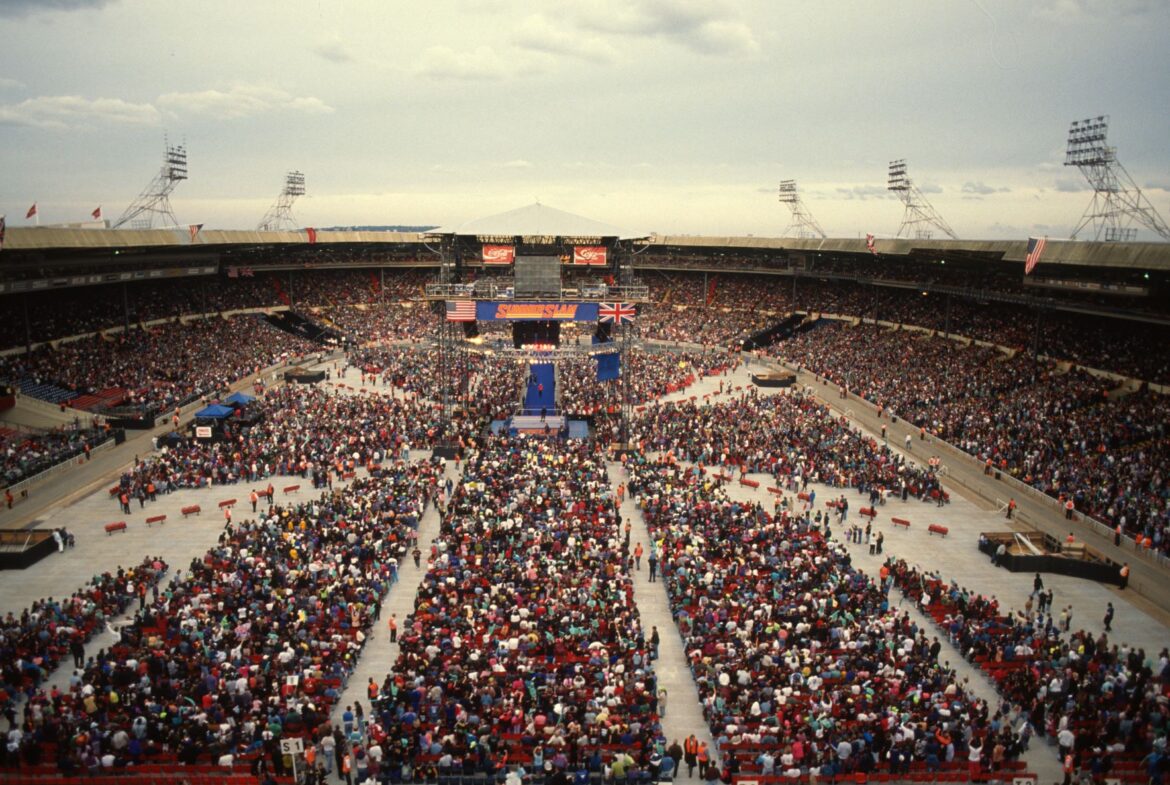 A look back at legendary SummerSlam 1992

With Clash at the Castle about to take over Principality Stadium, we look back at the last time WWE held a stadium show in the UK – the legendary SummerSlam 1992.

WWE Clash at the Castle is set to take over Principality Stadium on Saturday September 3. The Premium Live Event, which is headlined by a main event title clash between Undisputed Champion Roman Reigns and “Scottish Warrior” Drew McIntyre, will be a unique spectacle — unlike anything to ever take place at Principality Stadium in the venue’s 20-plus years.

Much more than that, Clash at the Castle is a hugely significant event for WWE fans. Principality Stadium will be talked about for decades as the setting for a historic night in the world of professional wrestling. It’s been 30 years since WWE held a UK stadium event. The last stadium spectacular was SummerSlam, held at Wembley Stadium, on August 29, 1992.

SummerSlam ’92 remains a powerfully nostalgic event for British fans — the peak of WWE’s immense UK popularity in the early ‘90s. It was also headlined by the biggest wrestling match to ever take place on British soil — the battle of real-life brothers -in-law, Bret ‘Hitman’ Hart and ‘The British Bulldog’ Davey Boy Smith.

In the early ‘90s, WWE became a pop culture phenomenon in the UK and Ireland. Featured prominently on Sky Television, its superhero-like wrestling superstars and bombastic storylines captured the imaginations of ‘90s kids.

WWE’s superstars were everywhere: on the covers of magazines ; branded on everything from pencil cases to packets of crisps; and featured on popular TV shows. Their action figures became the must-have toys. The WWE superstars even recorded a novelty record, Slam Jam — produced by Simon Cowell, no less! — which reached No. 4 in the charts.

At the centre of it all was homegrown star, ‘The British Bulldog’ Davey Boy Smith. With his Union Jack cape and muscular physique, Bulldog drew excitable crowds to WWE’s UK arena tours and won an epic Battle Royal at the Albert Hall.

The early ‘90s craze created an entire generation of WWE fans. That UK fanbase remains passionate to this very day, and will soon fill Principality Stadium.

SummerSlam ’92 was originally set to take place in Washington DC, but — due to the intense UK fandom — was relocated to Wembley Stadium. The British Bulldog got his biggest moment yet, challenging Bret Hart for the prestigious Intercontinental Championship. The emotions ran deep in the battle of the brothers-in-law. Diana Hart Smith — Bulldog’s wife and Bret’s sister — was caught in the middle of the rivalry.

SummerSlam ’92 played out on a stunning summer’s afternoon, which turned into an electricity-filled night.

It began with the Legion of Doom – a terrifying-looking tag team with spiked shoulder pads – riding into SummerSlam on motorbikes. There was another spine-chilling moment later that night, as the legendary Undertaker arrived at the stadium on the back of a hearse! 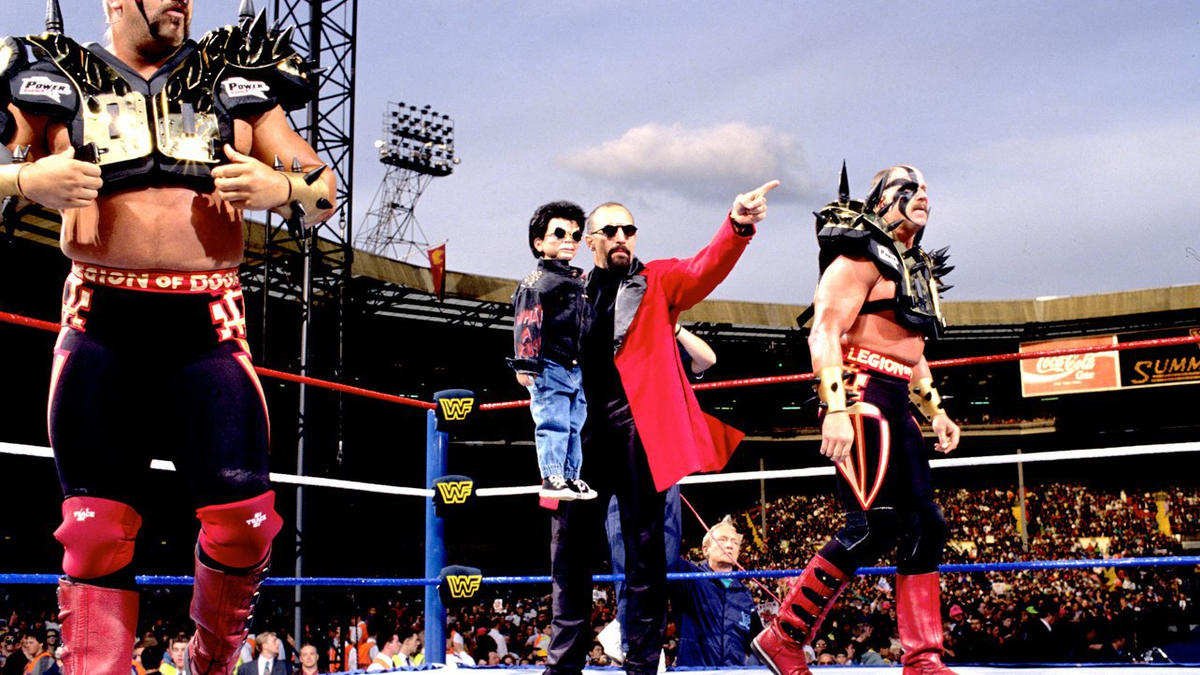 Elsewhere on the show, the plus-sized Tag Team Champions, the Natural Disasters — known as Earthquake and Typhoon — defended their titles. Future champion Shawn Michaels battled ‘The Model’ Rick Martel in a battle of beefcakes — both so beautiful that they were banned from hitting each other in the face. 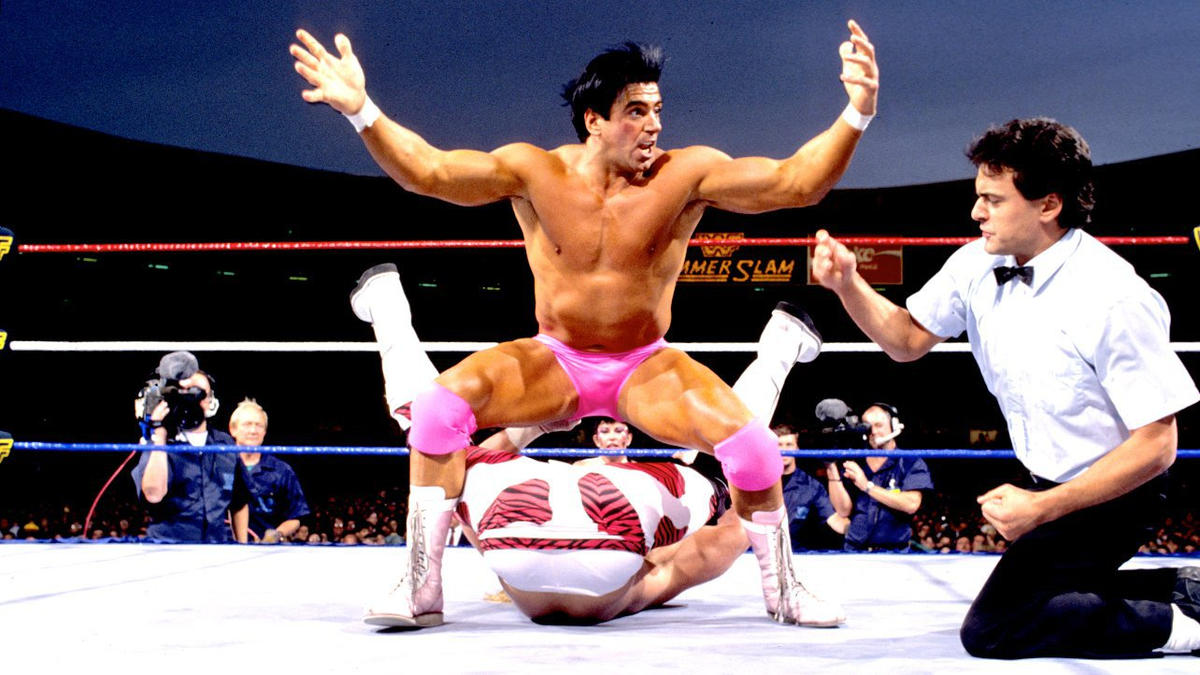 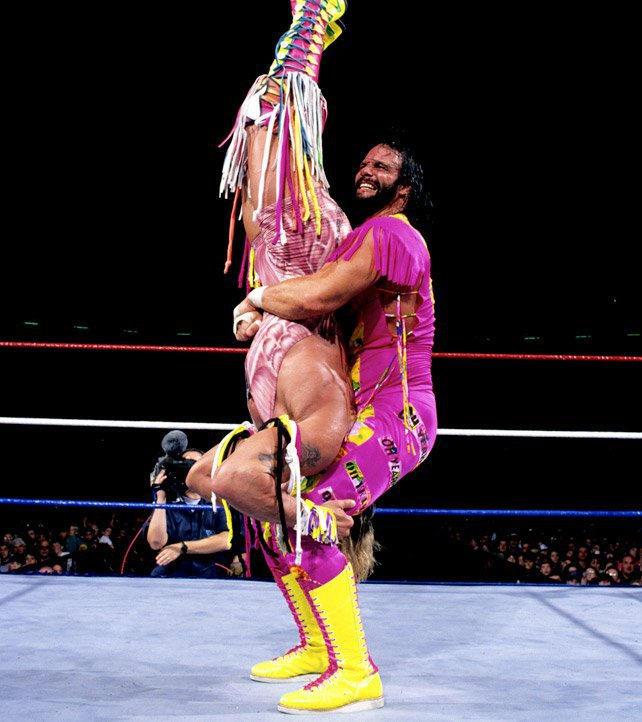 The night belonged to the British Bulldog, though. Accompanied to the ring by soon-to-be boxing champ Lennox Lewis, the Bulldog defeated Bret Hart in a gripping match. Fans have described the once-in-a-lifetime atmosphere, with half of the crowd cheering for Bulldog and half cheering for Bret — unlike anything experienced before or since at a WWE event.

SummerSlam ended with the British Bulldog standing victorious with the title belt, embracing his defeated brother-in-law in an emotional scene. 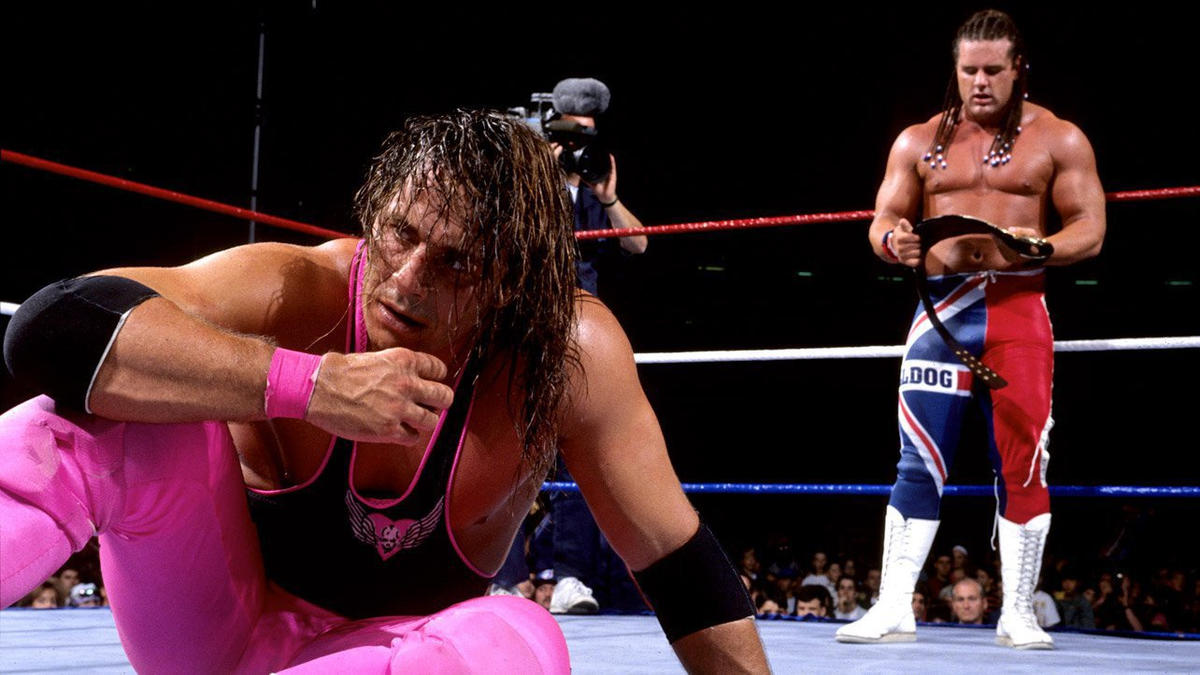 Drew McIntyre, who challenges for the Undisputed Championship, is the biggest British-born Superstar since the British Bulldog. Can he replicate the Bulldog’s success at the big show? It could be a moment for the ages.

As the site of WWE’s long-awaited return, Principality Stadium is already etched into the WWE history books. But what happens at Clash at the Castle — which is sure to live up to the 30-year hype — could make it something more than historic: the stuff of WWE legend.