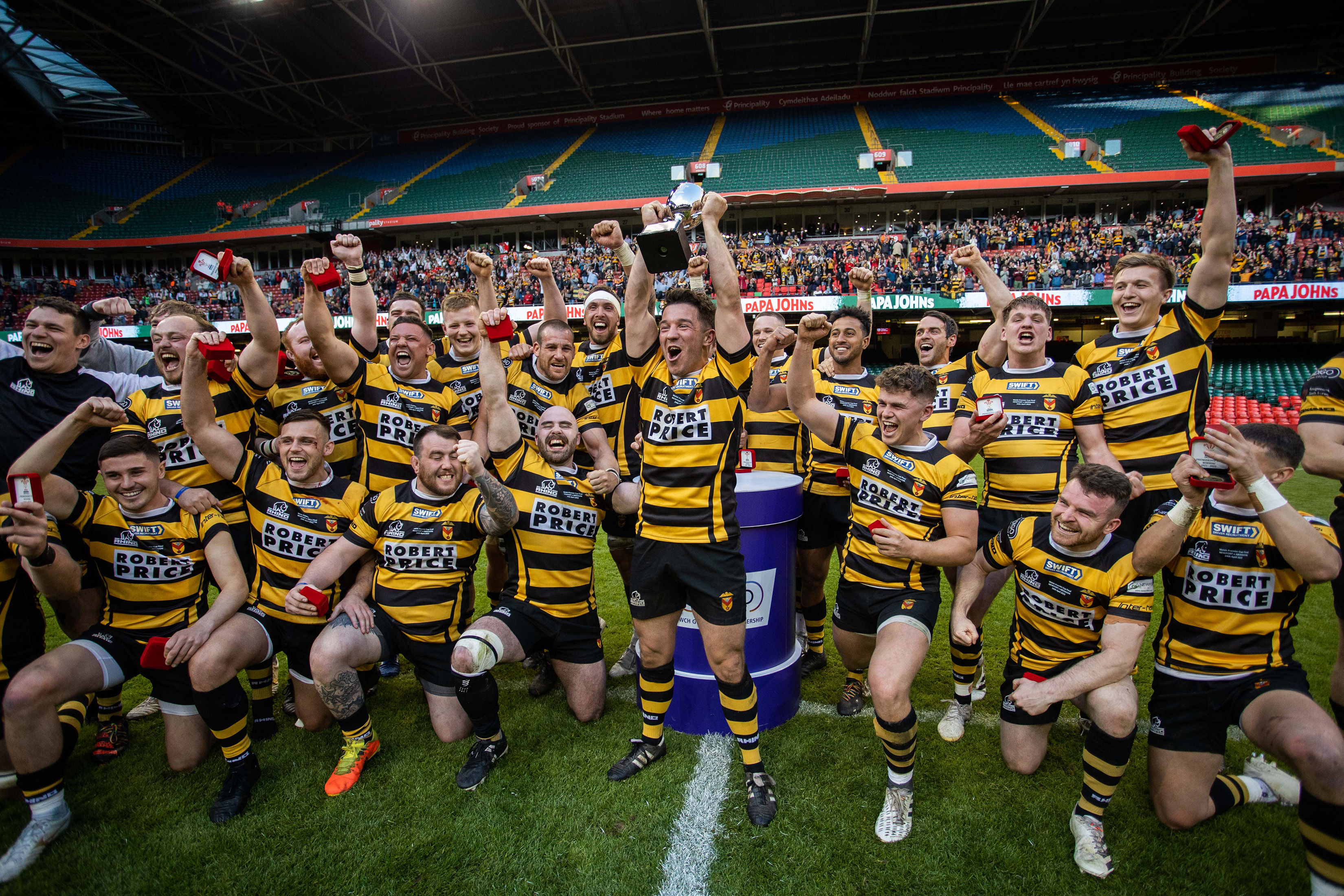 Nine days of action, 32 matches, 64 teams, more than 2,000 players and some great thrills, spills and tries – the WRU’s innovative ‘Road to Principality 2022’ festival was bigger and better than ever before.

In fact, the community rugby jamboree broke all records in terms of attendance and social media engagement showing how the game is thriving at the base of the playing pyramid across Wales. Here are a few of the headline figures from an amazing month at the home of Welsh rugby.

You Tube
143,093 views of live stream content across the event

“At the end of a long, hard season it was amazing to see the commitment from the players and passion of their fans in each and every final. They ranged from U11 to senior male and female finals, involved Mixed Ability teams as part of an Inclusion Day, and the pride displayed by every club in reaching a final at Principality Stadium was palpable,” said WRU Community Rugby director, Geraint John.

“We had some great contests, from the historic Dewar Shield final featuring Rhondda and Cardiff Schools U15s to the senior women’s North Wales Cup clash between Caernarfon and COBRA, with everyone raising their game on the biggest day of their rugby careers. The skills levels on display were first-class.

“The response from the schools and the clubs was simply incredible and there are now more than 2,000 players across the length and breadth of the country who can say ‘I played there’ when they watch Wales play in the Autumn Nations Series against New Zealand, Australia, Argentina and Georgia next November.

“Principality Stadium is often referred to as the jewel in the crown of Welsh rugby and it has also been an inspiration for thousands of players, young and old giving them the chance to feature on one of the greatest sporting stages in the world.

“These nine days of action in the ‘Road to Principality 2022’ have proved the capacity of our great game to thrive in communities around Wales. The engagement with fans has been incredible, not just at Principality Stadium, but via social media and our live streams of every game.

“More than 30,000 fans attended the nine days, which also included a celebration Mixed Ability match and, if you take the attendance at the Arms Park for Wales’ final TikTok Six Nations match against Italy and add in the two days of Women’s and Girl’s Finals, we had more than 5,000 watching women’s rugby from U15 up to international level.

“The challenge now is to build on the outstanding success of the nine days and review the other finals we are involved in over the course of a season. Who knows where we can take these events in the future, but the appetite is clearly there for more engagement with, and access to, the community game.

“As well as thanking all the clubs, schools, referees, other volunteers and organisers for their sterling efforts. With up to four games on some days the medical teams, stadium cleaners and caterers certainly had their hands full.

“It was a massive logistical exercise and special praise is due to the ground staff at Principality Stadium, who did an incredible job in ensuring the pitch was pristine across the nine days, while Wyn Gruffydd was amazing in providing superb commentary on each and every game for the live streams.”

Combined with the recent rise in participation numbers revealed by the WRU, the ‘Road to Principality 2022’ has shown Welsh rugby is very much alive and kicking at all levels. There are still league and cup titles to be determined before one of the longest seasons on record finally ends this month, but the season has certainly ended in style.