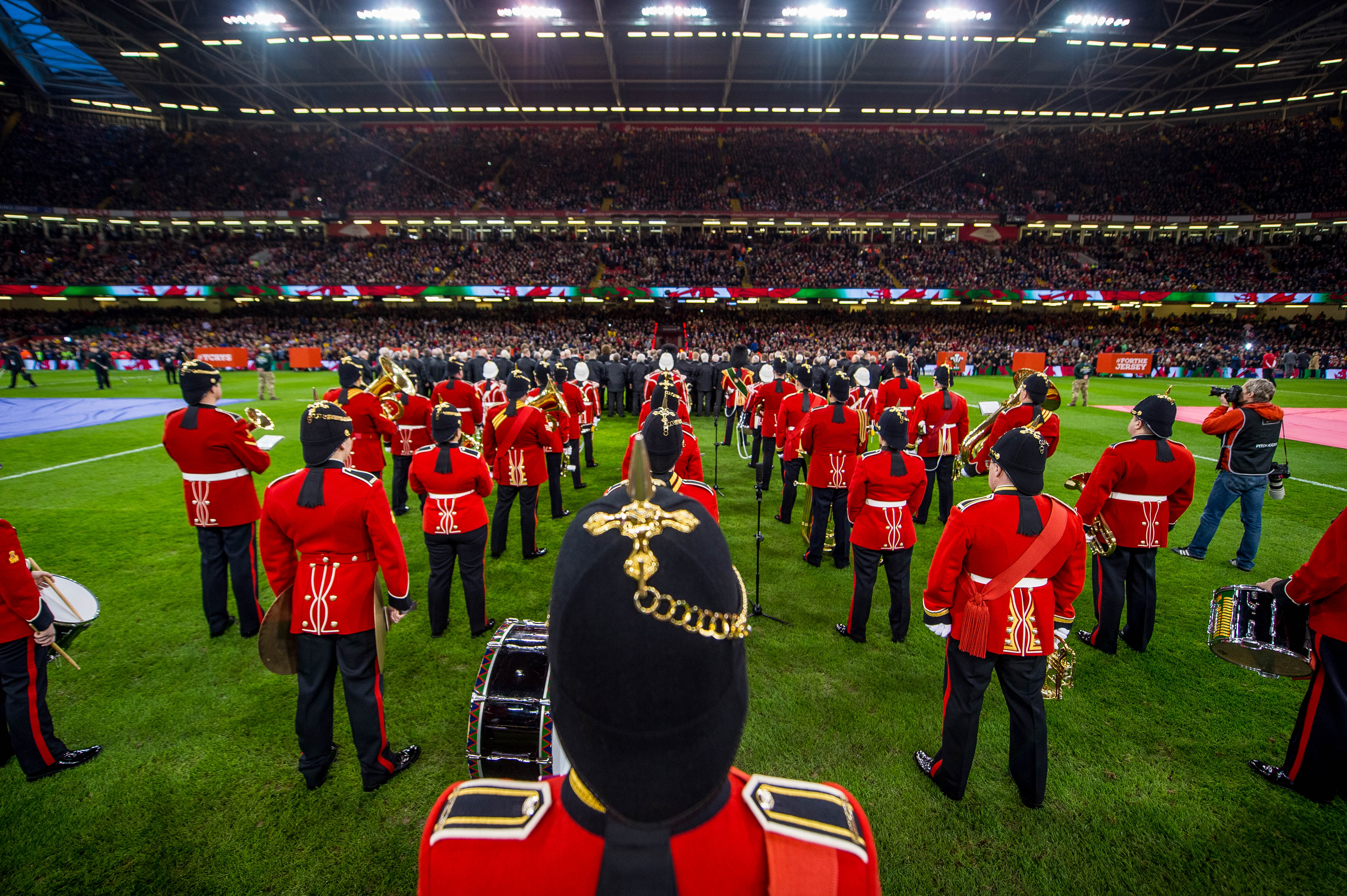 22.02.20 - Wales v France - Guinness Six Nations - General Views of the stadium ahead of kick off

The match day experience for supporters will be stronger than ever this year as the much-loved choir and full band are set to make a triumphant return to Principality Stadium for the Guinness Six Nations. Restrictions in place for Covid-19 have prevented choirs attending any games at the stadium since 2020 when the nation went into lockdown and tournaments were played behind closed doors.

Heralded as ‘spine-tingling’, the choir accompanied by 74,000 voices singing the anthem, bursts through the air with a passion that could only be Welsh. It is one of the most memorable experiences of a match day in Cardiff, and one that supporters enjoy but have missed the most according to post match surveys from the summer games and autumn series.

The return of choirs to the stadium is not only welcome news for supporters but the choirs themselves.

Haydn James, WRU Musical Director at Principality Stadium says “For almost two years, choristers have rehearsed alone in the privacy of their homes via Zoom technology; conductors and accompanists have risen to the challenge however, everyone has missed the camaraderie and sheer pleasure of singing together and are counting down the days to the first game.”

“For the three Six Nations games, we will have six superb choirs (two per game) joining the Regimental Band of the Royal Welsh to lead the singing. The unique and emotional sound of Welsh supporters singing is uplifting, especially as we reach the first two words of the chorus in the Welsh Anthem – Gwlad! Gwlad! There really is nothing like it, anywhere!”

Mark Williams, Principality Stadium Manager says, “The choir is a key part of any match day experience and i’m delighted to confirm the choirs are back to sing the anthem for the team and supporters. Singing brings supporters together, we’re a nation of singers and I know it’s been greatly missed part of match day for everyone.”

Doubt over the duration of pandemic safety measures set by Welsh Government meant sales for the Six Nations stalled over the Christmas period and so, although fans have since responded and demand is high for the flagship matches, there are still tickets available for Wales’ first home game of the tournament against Scotland on Saturday 12th February.