Following the recent announcement that Principality Stadium will be utilised as a temporary hospital in the fight against Covid-19 and due to the pandemic itself, some planned events have been disrupted. We are working collaboratively with our partners to come to the best decisions in each case and we continue to follow the advice and guidelines set out by Public Health Wales as the safety and wellbeing of our staff and the general public remains our top priority. 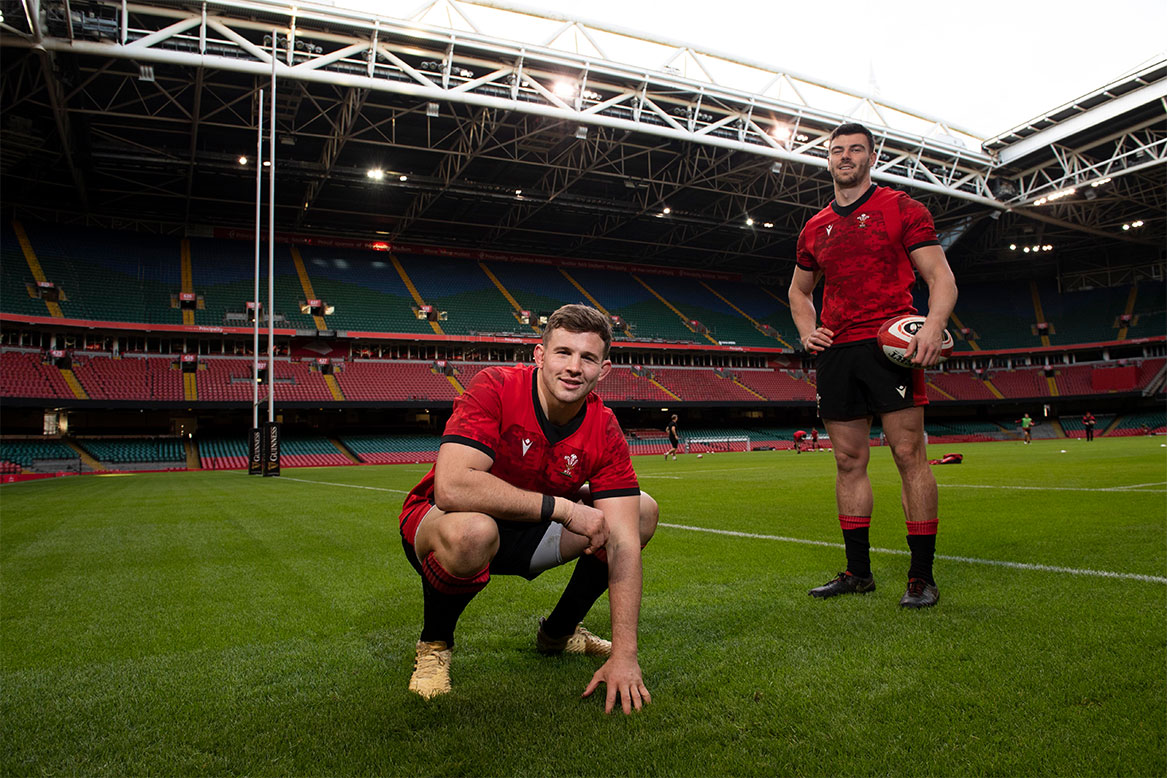 Back at Principality Stadium

Wales are back at the home of Welsh rugby, Principality Stadium for the first time in 10 months as they take on Ireland in their first game of the Guinness Six Nations 2021.

Unlike a normal match day, instead of both teams running out to a packed crowd, pulsating with noise and excitement, Wales will return to an empty stadium, 74,500 uninhabited seats as Covid-19 continues to dominate the news and means no crowds at events.

Roll back a year and Wales were gearing up to play Scotland in the 2020 tournament, having already played Italy and France at home. Little did we know then, that in a matter of weeks the game would be postponed, and our national stadium would be transformed before our eyes.

Approached in March by the Cardiff & Vale University Health Board, work quickly started to adapt the stadium into a temporary surge hospital to support the NHS Wales’ response to Covid-19. Following just a five-day period of design and planning, construction work began at the end of March and within two weeks the Cardiff citadel became the Dragon’s Heart Hospital, taking over the main bowl, concourses, and levels 5 and 6 of hospitality level 5. Ysbyty Calon y Ddraig (The Dragon’s Heart) was officially opened by Prince Charles via video link on 20th April and received it’s first patient on 28th April.

At the peak of its construction, over 600 workers were on site and it took over 250,000 man-hours to complete the site build and fit out the hospital, extending the Health Board’s capacity to accommodate up to 2,000 patients; making it the second-largest field hospital in the UK.

Ysbyty Calon y Ddraig (The Dragon’s Heart) was a prime example of successful collaboration and technical innovation on an unprecedented scale between partners Cardiff & Vale Health Board, Welsh Rugby Union, Cardiff Council, Cardiff Blues, Mott MacDonald and The Armed Forces along with 30 other specialist companies involved in the project.

Stadium Manager, Mark Williams, said, “We’ve done a lot of things at the stadium here in the past from rugby, football, all sorts of third-party events, concerts, speedway, motor sport, but this was a different level…”

“We started the planning cycle of this with the NHS and Mott MacDonald, the army were involved and about 30 members of my stadium staff were involved in the project throughout. It was around the clock work, 24/7. It was a huge collaborative effort – but I have to say we were all very proud to have helped both the NHS and the people of Wales in the time of national emergency.”

“We started decommissioning mid-December, the tents in the bowl came down, the concourses were cleared, and everything needed to be put back as we were before the hospital came in. A stadium ready to receive a rugby match.”

“I’ve got my stadium back; it just won’t be the same without the spectators who really make this place what it is on a match day.”

Julie-Ann Haines, chief executive of Principality Building Society said: “As title sponsors of the Stadium, we’re so proud of every person involved in constructing Ysbyty Calon y Ddraig at a time of national need and to support our incredible NHS.

“Whether it’s as a field hospital that can accommodate 2,000 patients or a rugby stadium that can seat 74,500 fans, Principality Stadium is a symbol of huge national pride. Although the seats will be empty during this Six Nations tournament, we’ll be cheering on Wales from home and looking forward to being back in the home of Welsh rugby very soon.”

With the focus shifting from the decommissioning plan to the reinstatement of the stadium; within six weeks Principality Stadium was transformed back into an international sporting venue.

Working alongside grass growers in Yorkshire, new grass was cultivated for six months prior to installation on 11th January and took four days to lay, followed by weeks of meticulous maintenance to ensure the pitch exceeds standards for International sport. As the new pitch rolled in, Principality Stadium began to take shape, the hallowed turf represents the home of Welsh rugby, a symbol of hope and pride for so many and it is ready to step up and take on the Guinness Six Nations once again.

“To say it’s good to be back at Principality Stadium is an understatement and I know the nation will find comfort in what they see before them.

Steve Phillips, WRU Group CEO said, “We had hoped our return to our home ground and the transformation from Dragon’s Heart hospital back to rugby citadel would herald the return of our beloved Welsh rugby fans, but we are thankful for what we have – the opportunity to play on.

“A lot of hard work has gone into ensuring we can do just that, and we are grateful to all who have contributed.

“Thank you to the NHS staff, who spent more than six months on site at Principality Stadium before returning it to us as they had found it, the doctors, nurses, constructions staff, administrators and, of course, the patients you will always be a part of the history of our great stadium.

“And also a huge thank you to our own staff at the Welsh Rugby Union who have contributed significantly to ensuring normal service – as much as possible – can now resume at Principality Stadium.”