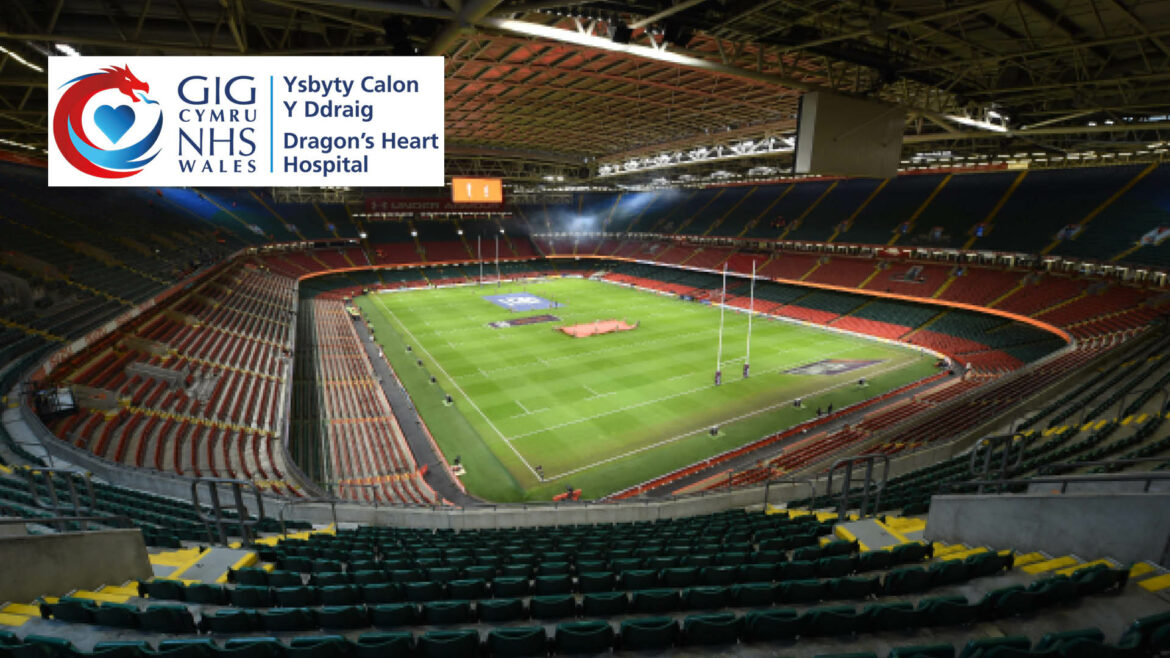 Following a call out by the Cardiff & Vale University Health Board to invite the community to come forward with suggestions of names for the temporary hospital at Principality Stadium; we’re delighted to confirm that the hospital will be known as Ysbyty Calon y Ddraig, The Dragon’s Heart Hospital.

In legend, the red dragon (Y Ddraig Goch) fought with and eventually defeated an invading white dragon. Ancient Britons, who were not conquered by the Saxons and would later become Welsh, took the white dragon to represent the invading Saxons and saw themselves in Y Ddraig Goch. This image of defence and standing steadfast in the face of adversity lead to the dragon being adopted as the heraldic symbol of Wales and it is in this spirit the name was chosen.

“Last week, we put a call out for a name for the temporary hospital to the community and were very quickly overwhelmed with the responses, of which we received thousands in the first couple of days. Thank you to everyone who submitted suggestions.

I hope that you’ll agree with me that the name we have chosen, and its historical context, makes it an appropriate and strong choice to represent the NHS and Cardiff and Vale UHB’s efforts during this unprecedented and trying time,”  said Len Richards, Chef Exec Cardiff & Vale UHB