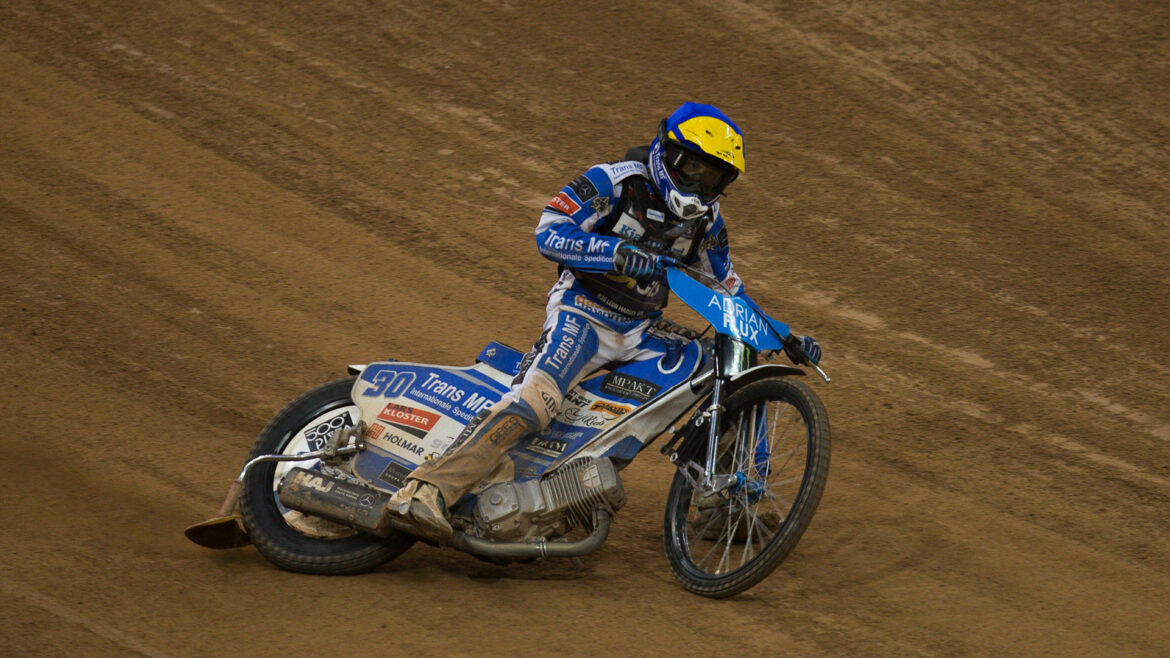 Danish rider Leon Madsen recovered from hitting the deck to surge to third place in the overall standings after topping the podium in Cardiff’s Principality Stadium in the Adrian Flux British FIM Speedway Grand Prix.

He’s currently third in the standings on 109 points – nine behind series leader Zmarzlik, who has 118 going into the title-deciding Torun SGP of Poland on October 5. Sayfutdinov is second on 111.

While Madsen knows claiming the sport’s biggest prize in a fortnight will be no easy task, he admits his Warsaw and Cardiff wins would represent a sweet consolation prize.

“If I don’t win the championship, it’s kind of a plaster on the wound to win those two big events.”

Madsen has overcome a disc problem in his back and an ankle injury in his debut season and is confident he can finish the season on a high note.

“I have proved this year I belong in the GP. Just to get a medal would be a big achievement for my first year, and also considering the injuries I have had to deal with,” he said.

“I am very, very happy after this meeting how the standings look. I go to Torun very positive and I’ll do my best. We’ll see what happens.”

Madsen had to pick himself up off the Cardiff shale in his second ride when Martin Vaculik went under him around the first arc of heat six, a move that cost the Slovakian his part in the rerun.

Sayfutdinov heads to Torun seven points short of Zmarzlik. While he was gutted not to overtake Madsen for victory in the Cardiff final, he was content with a healthy 17-point haul.

And now he’s determined to hunt down Zmarzlik for top spot. He said: “I will try to catch him and grab him!

“We did a great job tonight and my team worked so well today. After finishing third in my second ride, we changed setups and it worked so well. I had great speed around the track and good starts. In the final, I was so close to passing Leon, but I am happy.”