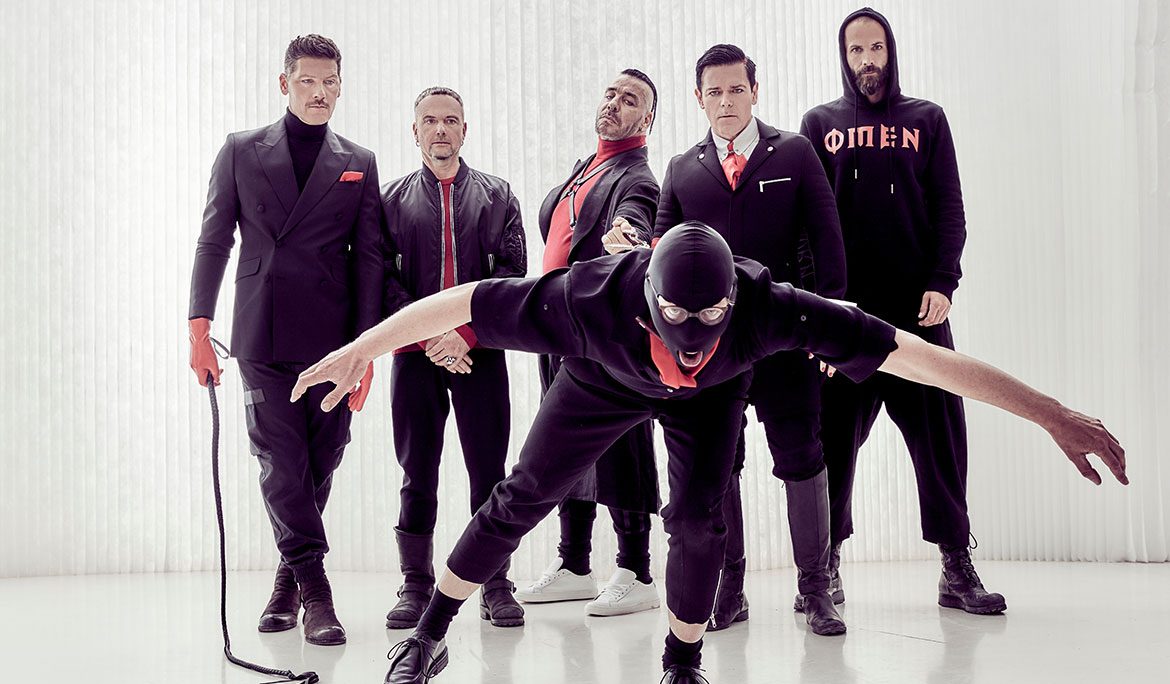 Rammstein: Stadium tour moves to second round in 2020, with Cardiff date confirmed

If further evidence was needed that Rammstein currently rank amongst the greatest bands in the world, the matter should finally be put to rest following the release of “Rammstein”, the band’s seventh album, and the conclusion of the first run of stadium shows.

The evidence is there: the strength of the reviews, the immediate leap to the top of the album charts in many European countries, enthusiastic fan feedback regarding the new material and the rave reviews of the tour, which sold out in record time.

The new stage construction, the sparkling, flame-throwing show, the perfectly orchestrated band, the humour and pathos of the Rammstein staging – all this is indeed rare in the musical landscape in this magnitude and quality.

It is thus only logical that Rammstein should provide new opportunities for all fans, and those who will become fans, to experience its “pyrotechnic extravaganza” (The Guardian) which, with its “POWERFUL riffs, juggernaut beats and enough fire and explosions to keep even the most newly anointed Rammstein fan happy” (Daily Star) is currently setting European “stadiums ablaze” (NME).

Because Rammstein will be back, as previously announced: In 2020, the first stadium tour in its history will commence a second round, including an additional date for the UK!
Following unprecedented demand from fans in reaction to the recently announced date in Coventry, Rammstein have confirmed an extra UK show as part of their 2020 European Stadium tour.

The band will be steam-rolling into Principality Stadium on Sunday June 14th 2020 – an event that will once again break records, succeeding both Stadium MK and the recently announced Ricoh Arena (Coventry) as the band’s biggest ever UK headline concert. This will be the second of two shows to be announced in Great Britain for 2020.

The show will mark the band’s second ever appearance in Wales, following their performance at the Cardiff International Arena (now Motorpoint Arena) in 2005.

Additionally, if fans have already booked tickets for the Coventry date at Ricoh Arena on Saturday 20th June 2020, the artist would like to offer the chance to exchange tickets to the Cardiff date for those who find this location more convenient. Ticket holders should contact point of purchase to confirm the exchange. The cut-off date for all exchange requests will be Friday 9th August 2019.

Tickets for the Cardiff show go on sale on Wednesday 31st July at 10am (local time) exclusively via the following authorised outlets: Eventim, AXS, Ticketmaster, Big Green Coach and the venue. All times refer to the local time in the respective country.

To ensure that fans can buy tickets for a fair ticket price we ask you to observe the following:

All information about legitimate presale sites for the official presale can be found at rammstein.com. All other ticket vendors offering Rammstein tickets for sale are NOT AUTHORISED traders. Rammstein tickets purchased from unauthorised traders do not count for admission.

We recommend that all potential ticket purchasers create a customer account with the ticket systems in advance so that they can complete the ordering process more quickly later on at the start of the advance sale.

For all other shows, the maximum number of tickets displayed for each country during the purchase process can be purchased. Further information on the limitation and possible personalisation in the individual countries will be provided during the sales process and are part of the General Terms and Conditions.

Any transmission of personalised Rammstein tickets is prohibited. Ticket sales are subject to the country-specific requirements of the respective authorised ticket provider and organiser (for concerts in Germany, tickets can only be returned in accordance with the General Terms and Conditions of MCT Agentur GmbH).

This special and conscious regulation of advance sales is intended to give as many fans as possible the chance to purchase tickets at fair and reasonable prices.

All dates of the Europe Stadium Tour 2020 will take place under the direction of MCT Agentur GmbH. Information to all shows under mct-agentur.com.