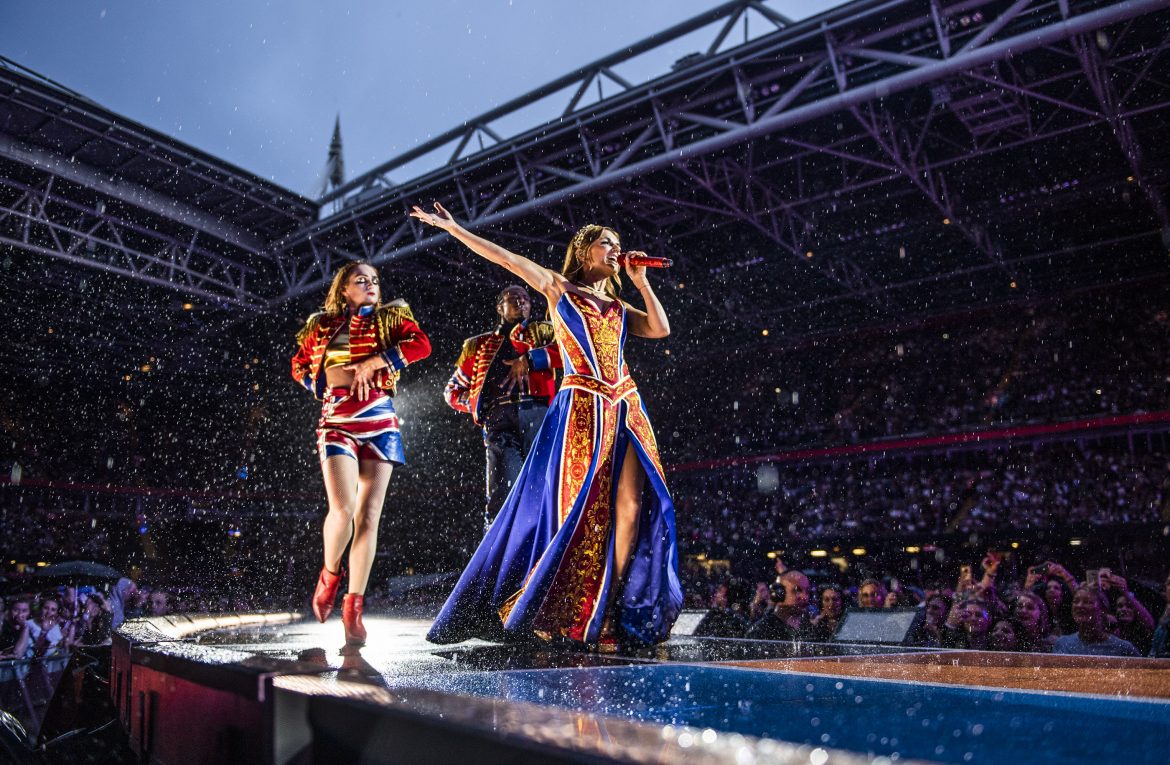 An inspirational performance from the Spice Girls bridged the generation gap for families around Wales and beyond on May bank holiday Monday night 2019.

Ginger, Baby, Scary and Sporty promised nostalgia, classic hits and sheer, pure, unadulterated entertainment and did not disappoint fans at the packed out Principality Stadium.

The re-formed 90s superstars opened the retractable roof to let the night sky in, and their dulcet tones out, and thrilled new fans and old at the Cardiff venue with a set-list that include Viva Forever, We Are Family and The Lady is a Vamp.

First, the audience – pervasively of fancy dress Spices – were treated to the vocal talents of Jess Glynne, who is a Stadium-night-out in her own right.

After a string of hits including Hold My Hand and I’ll Be There from the hugely talented Jess, the fearsome foursome followed with a style and panache that was part Milanese catwalk and part Moulin Rouge. 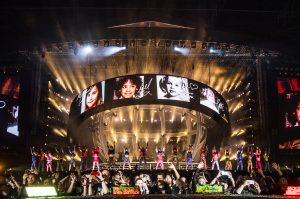 The starting stage set boasted four ‘houses’, the domain of each of the girls’ culturally entrenched personas, but its magical ingredient was a semi-circular approach which sprawled out into the crowd from stage front.

This ticker-taped boulevard of glitz and glamour was adorned by dancers, and each ‘Spice’ in turn, throughout the show. 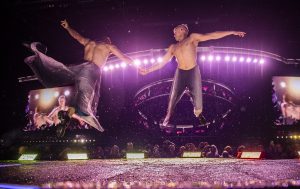 The night was top and tailed by Spice up your life and Wannabe – what else could they do – and included six costume changes, with regular highlights throughout as Who Do You Think You Are, Holler and 2 Become 1 all ‘brought the house down’ (they would have raised an unfurled roof!) evoking varying degrees of intense emotion and giddy excitement.

There was so much pathos in Mama, introduced by Mel B, that heaven’s songbirds may as well have been whistling Auld Lang Syne and a particular highlight for the Welsh crowd came when Mel C decided they should join in with Say You’ll Be There and a heartfelt and tuneful rendition – if we do say so ourselves – followed. 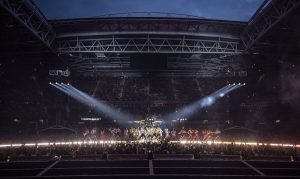 View from the stage

The Principality Stadium (@principalitysta) twitter time-line was awash with compliments for both the Spice Girls and Jess Glynne and stories of our own stewarding staff delighting concert goers with their, measured, attempts to join in the revelry – we were even informed of a wedding proposal on site, must have been a ‘Love Thing’ (song 12)! 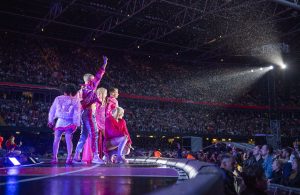 “Spice Up Your Life”

“Who Do You Think You Are”

“Never Give Up on the Good Times”

“The Lady Is a Vamp”

“Say You’ll Be There”