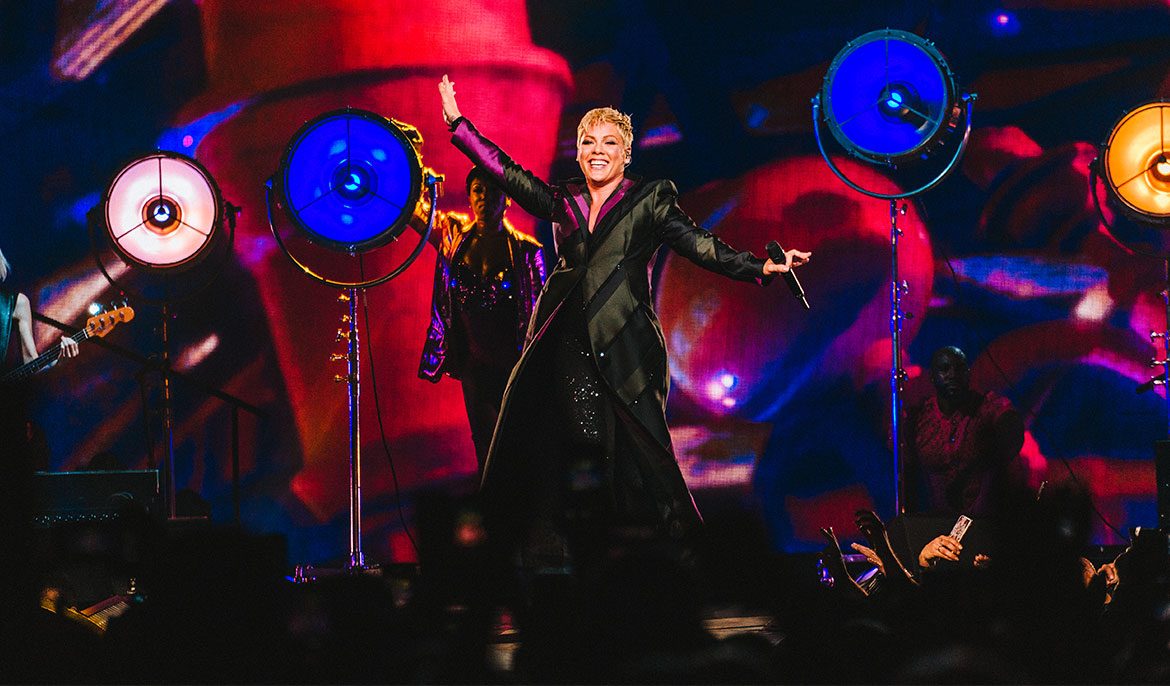 International global superstar P!nk has today released extra tickets for her Principality Stadium show in Cardiff on June 20 as part of her Beautiful Trauma World Tour 2019.

The extra tickets are on sale now and are available from Ticketmaster.co.uk

Famed for her immensely powerful and unique voice and her high-octane live shows, UK fans are in for a treat when she hits our shores next year.

Kicking off at Cardiff’s Principality Stadium on the 20 June, she then plays Hampden Park in Glasgow, Anfield Stadium, Liverpool, before bringing the UK tour to a close with two epic nights at London’s Wembley Stadium – her first UK shows in 5 years.

This announcement comes after yesterday’s news that multi-million selling global pop icon P!NK will be honoured with the prestigious Outstanding Contribution to Music Award at The BRIT Awards 2019, which takes place Wednesday 20th February. P!NK will be the first international artist to receive this award. The pop singer was also honoured last week with a star on the iconic Hollywood Walk of Fame.

P!nk releases her brand new single, ‘Walk Me Home’ later this month. The single is taken from her forthcoming 9th studio album, ‘Hurts 2B Human’ due for release in April.