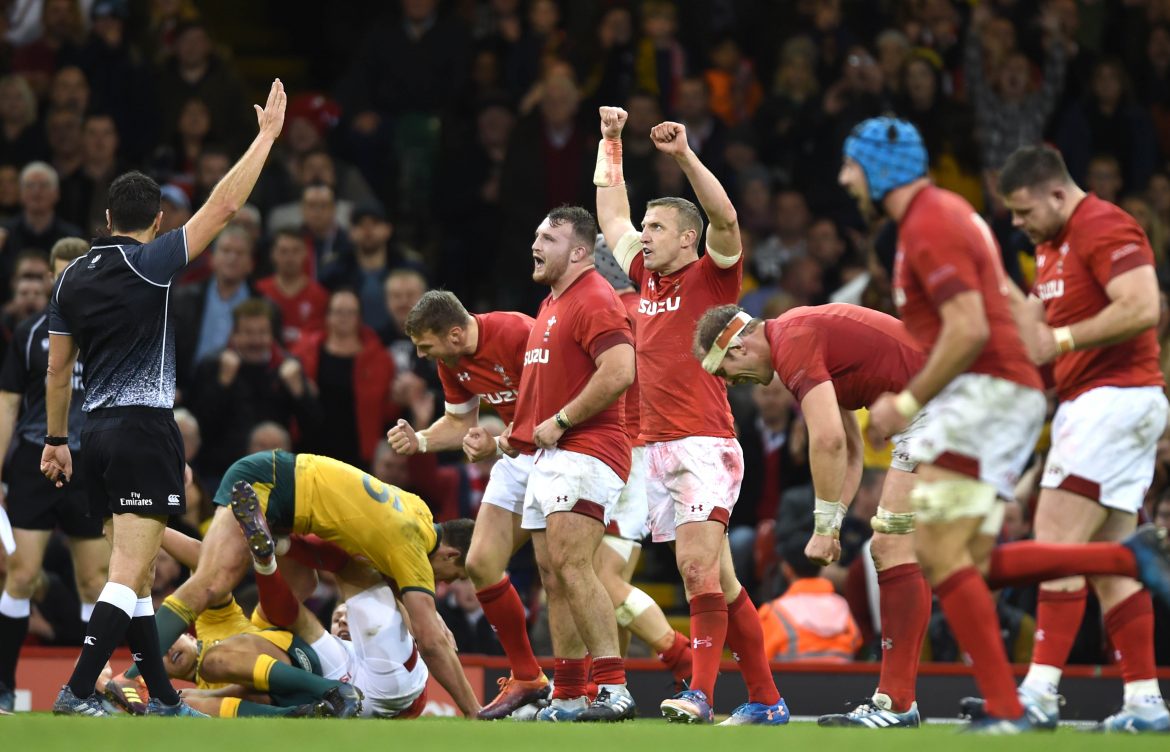 Welsh rugby supporters are snapping up tickets for Saturday’s clash with Tonga at a rate of 1,000-a-day, more than double the current record for the Under Armour Series 2018, with sales for South Africa also spiking.

Wales not only ended a 13-match losing streak with a 9-6 victory over Australia at the weekend, but they also notched up another ‘W’ on a potentially historic run of their own in the process.

The upsurge in ticket sales for next-up opponents Tonga shows that the Welsh rugby watching public, renowned for their sporting knowledge and acumen, can spot history being written when they see it.

Add to the Wallaby-win factor, the prospect of homing in on the all-time record for consecutive victories, set in 1910, and that’s enough for most Wales fans to beat a path to Principality Stadium.

Victory in Cardiff on Saturday would make it eight wins in a row for Warren Gatland’s side, a feat which has only been bettered twice: when the all-time, 11-match-winning, record was set between 1907 and 1910 and when Wales notched up 10-in-a-row in 1999, under fellow Kiwi head coach Graham Henry.

“We have been expecting around 55,000 to watch Wales take on Tonga in Cardiff on Saturday, but sales rates have spiked significantly since the win over the Wallabies,” said a spokesperson for the 74,500 capacity Stadium.

“Current rates are around 1,000-a-day, which is more than double the amount of tickets we have sold on any given day so far, for any of the matches.

“We also still have a limited amount of tickets left for South Africa a week later, with 63,000 expected for this game, and these sales have spiked as well.

“There’s nothing like a winning run to get Welsh rugby hearts pumping and tickets flying.”

In the modern era only Mike Ruddock’s 2005 Grand Slammers have gone better than Gatland’s current crop winning their eighth consecutive match in the final game of the ‘05 summer tour in Canada, although the golden ‘70s generation managed both an eight-match run (ending in 1972) and a separate seven match run, up to 1977.

Winning this weekend would put the current Wales side third in the consecutive wins table, on eight wins in a row, with South Africa a week later (Sat 24th Nov 17:20hrs) a potential ninth.

Gatland, whose side already lie third in World Rugby’s rankings, won’t be looking any further ahead than the Pacific Islanders, but – for interested bystanders – Wales’ next up opponents in the Six Nations in the New Year are France and then Italy.

Both matches are to be played away from home, but adding two Six Nations wins to victories in the final two matches of the 2018 Under Armour Series, against Tonga and the Springboks, would allow a new page to be written in the history books, before England head to Cardiff for round three…

Tickets remain on sale for the Under Armour Series clashes with Tonga and South Africa, in limited numbers, from www.wru.wales/tickets. The entire middle and lower tiers are now sold-out for both games, but prices start at £20 and £10 concession for seats in the upper tier this Saturday and tickets are available for £45 and £15 concession to see the Springboks.