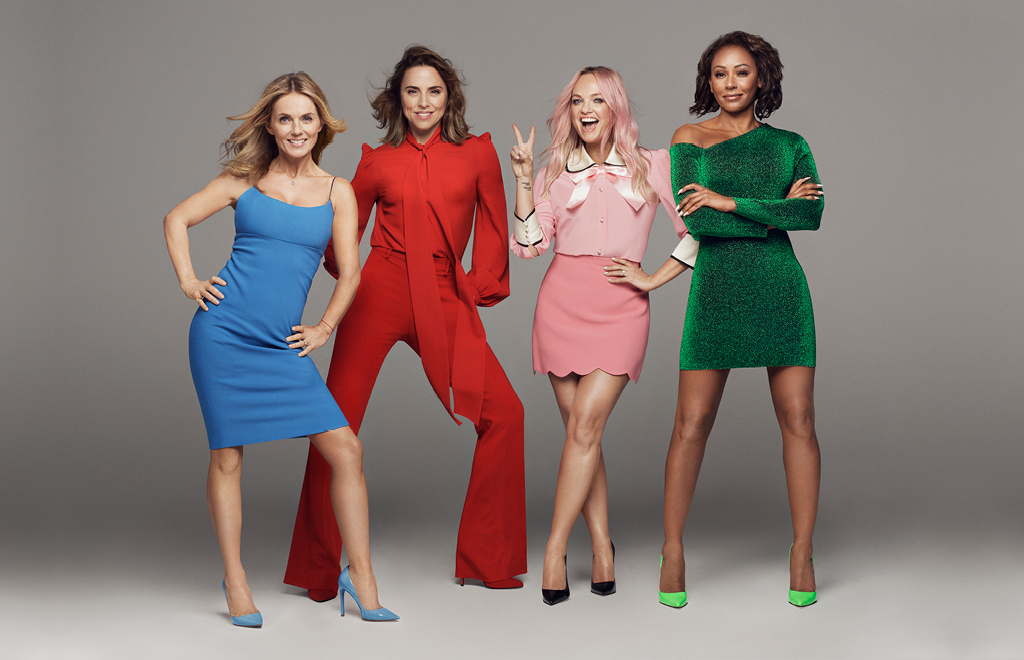 With tickets going on sale last Saturday morning for the Spice Girls 2019 UK stadium tour as they added a staggering five additional dates in quick succession, and now with nearly all dates already sold out, the girls announce another new date at Cardiff’s Principality Stadium on the May Bank Holiday – 27th May 2019 , tickets for which go on sale this Friday 16th November at 9:30am.

With Ticketmaster’s MD Andrew Parsons going on to say “Demand for Spice Girls was off the chart. They have smashed through Ticketmaster UK’s records becoming the busiest ever sale. There were millions of people on our site searching for tickets, with a queue at one point of well over 700,000….from what we saw, they could have played nearly every night for a year.”

Following the band’s first TV interview back on The Jonathan Ross Show last Saturday, they have announced their support for Comic Relief with the release of their #IWANNABEASPICEGIRL T-shirts. Emma, Melanie C, Mel B and Geri have shared more information on their campaign to raise funds to support Gender Justice for Comic Relief. The T-Shirts are available to purchase globally from www.represent.com/spicegirls .

The era defining, history making, best-selling female group of all time are bringing girl power back in full force as they reunite on stage for the first time since the London 2012 Olympics, hitting stadiums across the UK and proving you never give up on the good times.

HERE’S THE STORY FROM A-Z…After their iconic 1996 debut single ‘Wannabe’ topped the charts in 37 countries, Spice Girls’ debut album ’Spice’ went on to sell more than 31 million copies worldwide, becoming the best-selling album of all time by a female group. The girls have gone on to sell more than 85 million records, releasing three studio albums and 13 singles and winning a host of awards including a BRIT Award for Outstanding Contribution to British Music.

Because of her business commitments Victoria won’t be joining the girls on tour, but will always be one of the Spice Girls and remains aligned with Emma, Mel B, Melanie C and Geri in preserving their unique legacy.

“It’s time to spice things up all over again!!!!! I can’t wait to perform to our forever supporting fans and a whole new spice generation! Love you all!” – Emma

“I’ve said it sooo many times I’m beside myself it’s actually happening yipppeeee. I’m now properly screaming it from every rooftop – me and my girls will see you all on stage!!” – Mel B

“Reminiscing with the girls about how much fun we had, made me feel like it was the right time to do it all over again!” – Melanie C

“I am so excited, together we celebrate girl power with our fans and the next generation and everyone is welcome! Hold tight it’s gonna be fun xx” – Geri

“Being in the Spice Girls was a hugely important part of my life and I wish my girls so much love and fun as they go back on tour, I know they will put on an amazing show and the fantastic fans past and present are going to have a wonderful time!” – Victoria

The management of the Spice Girls is an alliance between Modest! Management and XIX Entertainment. The much anticipated tour will see Spice Girls, plus very special guest Jess Glynne

Say you’ll be there?