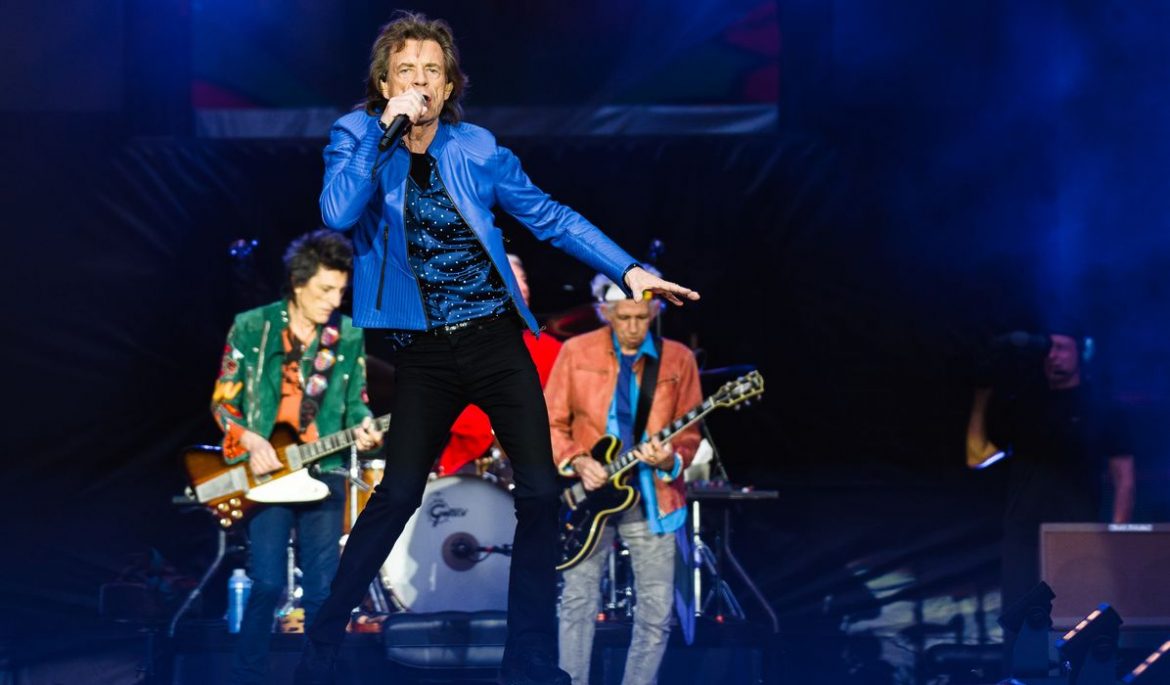 Brazilian lyricist and novelist Paulo Coelho must have had the Rolling Stones in mind when he declared: “It’s the simple things in life that are the most extraordinary.”

While most stadium tours around the world today are impeccably choreographed and embellished with pyrotechnics, the Rolling Stones circa 2018 prefer a more modest ensemble. Just a stage with a runway and a huge backdrop where montages of the band members flicker throughout is all that is required – and it works a treat.

It does help they have a complete showman in Mick Jagger leading the way. He may be 74 but he scampers about the stage like a whippet and embraces the fans with a warmth rarely seen by the modern day performer.

Things may have slowed down a bit for the group who were at the forefront of the British invasion of bands that ripped the United States apart in the early 1960s. It seems like a lifetime ago they were first identified as the rebellious counterculture of the 1960s (well, let’s face it, it was!) but they still know how to put on a show.

Jagger has always possessed a cheeky charm. One minute he is encouraging his faithful fans to clap along in unison before he dances like a drunk favourite uncle at a wedding, arms and limbs everywhere.

He draws the crowd in further when he shows them he knows a thing or two about the host city.

“Well, Cardiffians, I want to congratulate you – you’re back in the Premier League. We’ve been having a lovely time in Cardiff doing all the cultural things we always do. We hired some bikes and cycled to the museum and saw Renoir’s blue lady.

“Then we went to Caroline Street and had a chicken curry. Washed it down with a pint of Brains. But there we are – still standing.”

He wasn’t afraid to throw in a bit of welsh either, although his thank you sounded more like ‘diolch un vaar’ – but full marks for trying anyway.

It wasn’t that long ago the band members couldn’t stand the sight of each other but they’ve clearly put that inner turmoil behind them and still enjoy their craft.

When introducing his bandmates to the crowd, he declared Charlie Watts as “the JPR Williams of the drums Charlie Watts.” The drummer may not be as sprightly as he was 40, 30, 20 or even 10 years ago, and Jagger tongue in cheek reminded him there was a curfew as he gingerly headed back to his drum kit after walking to the stage.

The Cardiff leg of the No Filter tour was the fifth gig of a six-date UK tour and the band proved a hit with the fans from the outset when they began with Street Fighting Man and It’s only rock ‘n roll.

By the time Gimme Shelter and Satisfaction was belted out in a ripping encore, the already-merchandise-wearing Rolling Stones fans left undercover of the night with plenty of satisfaction.