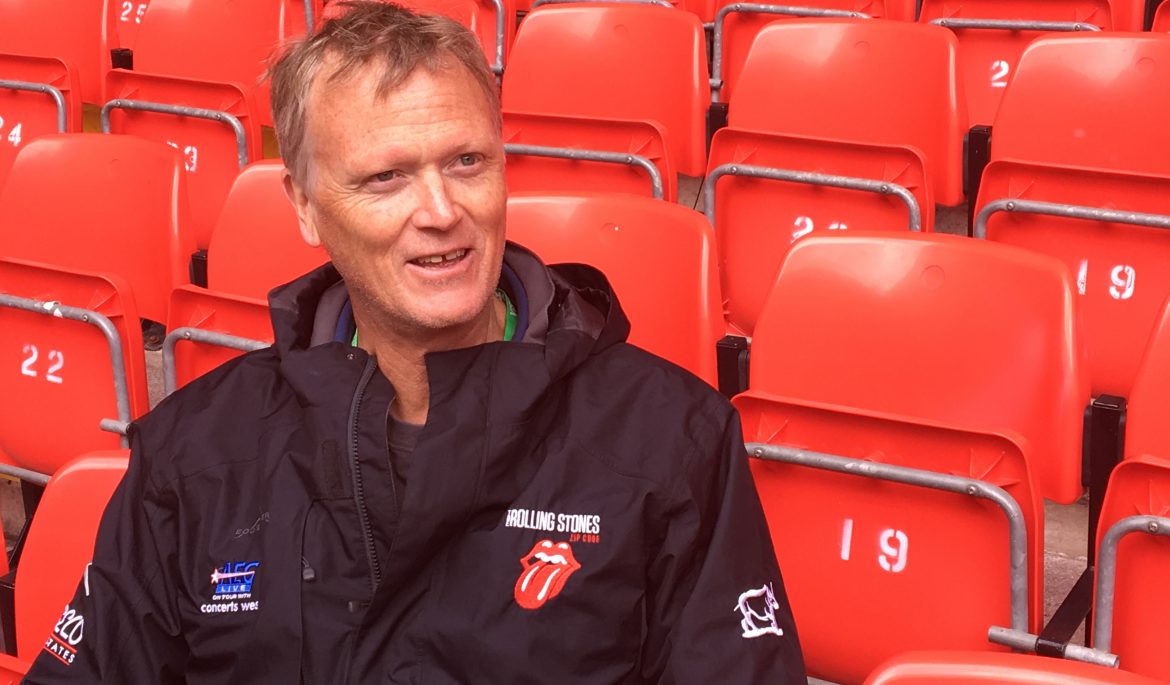 Rolling Stones ‘the best of the best’

Having toured the globe since 1979 with some of the biggest acts in the music industry, which include the likes of Guns n Roses and Black Sabbath among many notable others, the man known universally as ‘Opie’, loves touring with the ‘best of the best’.

And he is in no doubt about what Rolling Stones fans have in store at Principality Stadium this Friday.

“What can they expect to see? One of the best shows they have ever seen,” he said when doing a reconnaissance mission recently in Cardiff.

“It is the best rock and roll show out there, it’s inspiring, it knocks it out of the park. I watch the show every night because its fresh every night.”

Mick Jagger, Ronnie Wood, Keith Richards and Charlie Watts return to Cardiff for the first time since 2006 as part of the No Filter tour and Skjerseth says fans won’t leave the gig disappointed.

“They are sounding better now than they have sounded in years, they’ve always sounded good, but right now it is even better, it’s like a good wine, it’s aged, and aged properly.”

The iconic rockers will produce a different set list to their previous concerts on tour, as they like to keeps things fresh, according to their production manager.

“I think the show will be exciting, perhaps even more exciting than last time. There are lot of man hours involved to put into a show and the team make it all happen.

“Rehearsals for the tour were great, they just tune up and when they rehearse they don’t rehearse with just a set, they keep it fresh with different ideas and different songs, they go back into the catalogue and figure out stuff they want to do.

“Of course there is always the good standards they will put into the set and then they will fill it in from there.”

This is the seventh straight year the Rolling Stones have played live, but the first visit to Cardiff for over a decade, but according to Skjerseth, the wait will have been worth it.

“I was here the last time – we’ve been touring all over the world. This time the leg has been dedicated to the UK with Wales, Ireland, England and Scotland.

“The band have been taking sections of the world since then and touring it, bits of America, Europe, etc – we have moved around.

“We did Glastonbury and Hyde Park, they’re just picking parts of the world to tour, and right now it’s this part of the world.

“It’s a big show, we have 25 production trucks and we’re around 200 people touring with the entourage.”

The gig may not have the razzle dazzle of previous concerts held at Principality Stadium, but the production manager is from the ‘less is more’ camp and believes the simplicity of the show makes it work wonders.

“Of course you are going to see them, which is the best part,” he says. “We have four large video towers but there are no big gags, it’s them, that is the show. It’s pure music, what comes out of their amplifiers is what you hear – it’s just a really good show.”

Skjerseth is obviously an admirer of the rockers and is in awe of their stamina as most men their age are happy to be home with their pipe and slippers.

“They’ve been doing it for so long and so well. It’s their art, it’s their craft. They have perfected it for so many years and so many have tried to follow it, but not a lot can.