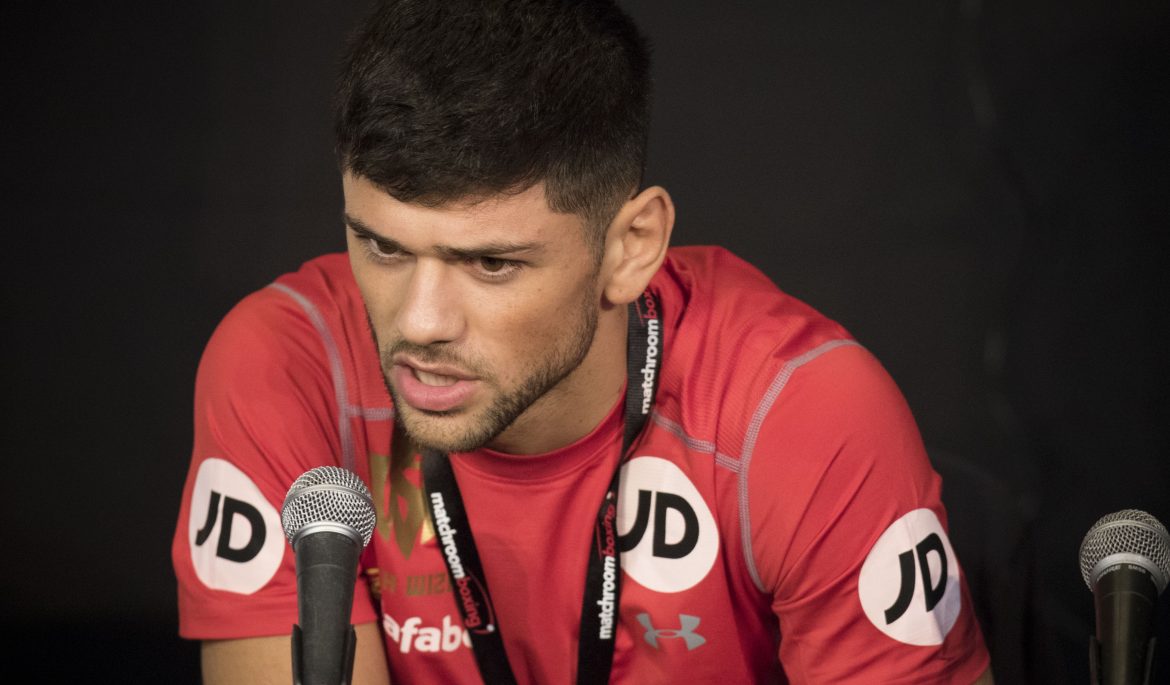 From the rugby pitch to the boxing ring

Joe Cordina intends to return to the Principality Stadium on Saturday night and prove he is a winner.

The last time the 25-year Cardiff boxer appeared at the home of Welsh rugby he was playing for Cardiff & District Schools Under 11s in the DC Thomas Cup Final.

The game against Bridgend Schools ended in a draw and the former European amateur gold medallist is not thinking of anything but winning 14 years on. He may not know his opponent as yet, but win number five in the professional ranks is the only thing in mind.

"I first went to the stadium to play in an Under 9s five-a-side football tournament and then went back with Cardiff & District Schools Under 11s for the DC Thomas Cup final in 2003," said Cordina.

"Rugby was probably my main sport when I was younger and I played for Cardiff Schools, Cardiff Blues and East Wales. I was a bit of an all-rounder and it wasn't until I was 16 that I started boxing."

"I remember we had to share the cup and each team had it for six months each. I don't want that feeling again on Saturday night."

Two of his team mates 14 years ago, Diggy Bird and Dan Crimmins, have both played for Cardiff RFC, but it has been Cordina's switch of sports that has taken him to the top of the professional sporting tree.

"It has always been a dream of mine to fight at the Principality Stadium, but it has come earlier than expected. It's only my fifth fight and this is unreal – I can't ask for more," he added.

"I've fought at Bramall Lane, Wembley Stadium and now here in Cardiff. I've fought more stadium fights than in arenas and Eddie Hearn is spoiling me.

He is bound to get a great reception on home soil in just the way that Joe Calzaghe used to enjoy when he was beating all-comers during his incredible career. Calzaghe started on the undercard at a world heavyweight title fight at the same venue 24 years ago, when Lennox Lewis beat Frank Bruno, and many people are predicting big things from Cordina as he grows up in the featherweight ranks.

He may be involved in a bit of a phoney war at the moment, but he knows that every fight, every occasion is part of the steep learning curve on his way to potentially becoming world champion. The missed out on an Olympic gold medal in Rio last year – he doesn't intend to miss his next target.

"The Olympics is the pinnacle of the amateur ranks, but then you move on. I always wanted to be a world champion in the professional game and hopefully I will take a step nearer that target on Saturday night," said Cordina.

"I've trained alongside world champions like Anthony Joshua and Kal Yafai for many years and I'd love to emulate them. It took me eight years of my life to reach the Olympic Games and it seemed as though I had wasted that time when I lost.

"I couldn't explain to you what the pressure was like building up to that. Nothing will compare to that.

"That's now behind me and it feels as though a massive weight has been lifted off my shoulders. I'm just going to go into the ring on Saturday and put up the performance of my life and to get the win.

"I'm going to soak it all up and relish the moment. I've done OK so far, but I still need some learning fights to help me progress.

"I need to do more rounds because I haven't been past four rounds yet because I've had four stoppages. I had an experienced and durable fighter in my last bout, Jamie Speight, and I thought he was going to take me the distance.

"But I got him out of there in the first round, which I wasn't expecting. Now I need someone who is going to push me so that I can learn and show off my skills."