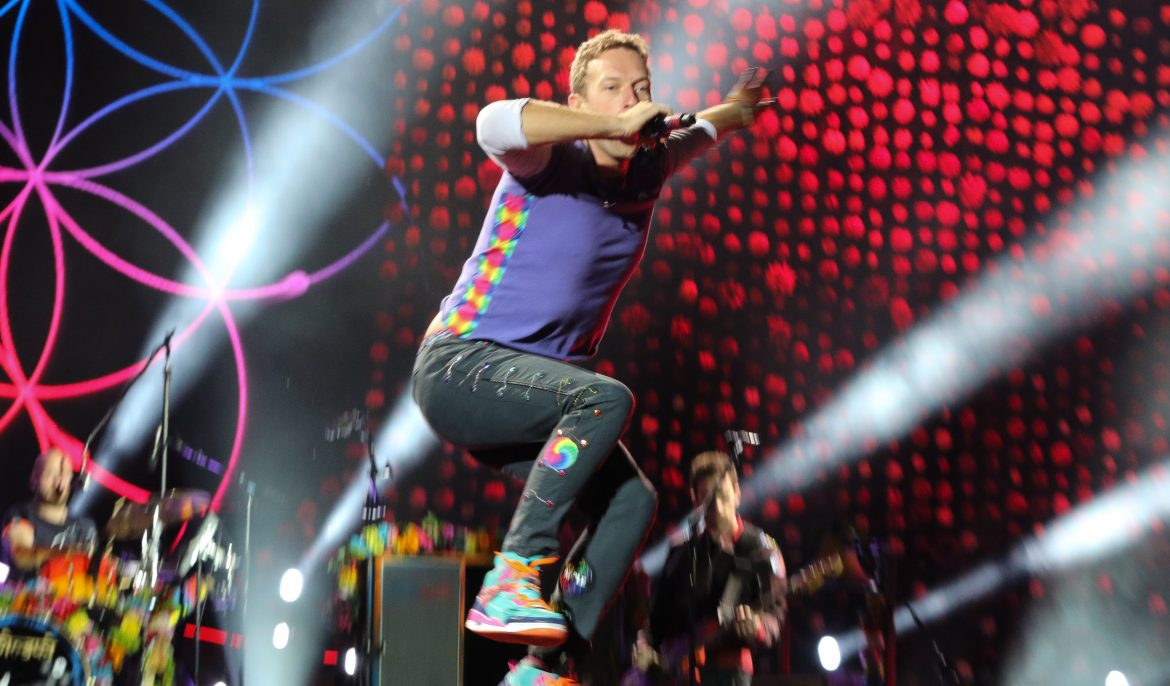 Chwarae Teg, Coldplay front man Chris Martin knows how to work a room – or more to the point, a packed out Principality Stadium.

Unlike Justin Bieber who didn’t even know what ‘team’ played at Cardiff’s iconic stadium, Coldplay’s lead singer threw in the occasional welsh term to show he had done his homework – and why wouldn’t he? It’s nearly been two decades since the group last set foot in the country.

He apologised for the band not playing in Cardiff for 17 years, but won over every fan when he added, “we were prepping ourselves for the Welsh energy.”

Support acts Lyves and Embrace got the show away nicely but the main act burst out of the blocks with hits like A head full of dreams, Yellow and Every teardrop is a waterfall.

Martin, along with bandmates Jonny Buckland, Guy Berryman and Will Champion, oozed charm and character throughout the two hour set which was full of energy and razzle dazzle.

Martin raced up and down the stage at a frenetic pace. A lot of players at the home of Welsh rugby haven’t exerted as much effort as he did in a herculean effort on what looked more like a runway than a stage.

The quartet raced through their catalogue of hits like Paradise, Magic and Everglow.

By the time Martin had a welsh flag glued to his backside, he already had the crowd eating out of the palm of his hand by the time he reached Charlie Brown. He asked the audience to put away their mobile phones for the song and every man, woman and child obeyed and were rewarded with a kaleidoscope of colour from the wristbands they were wearing. It was worth the admission price alone.

The quartet adjourned to a smaller stage for a set of songs which included Flintshire-raised Buckland briefly leading the lyrics to Don’t Panic as the crowd boomed out ‘Wales, Wales, Wales’.

Even though Martin called the stadium the Millennium Stadium on a couple of occasions, his faux pas was overlooked when Welsh singers Elin Hughes and James Jones accompanied him to sing Wales’ national anthem ‘Hen Wlad fy Nhadau’ for a brilliant finale.

Like I said, he knows how to work a room.