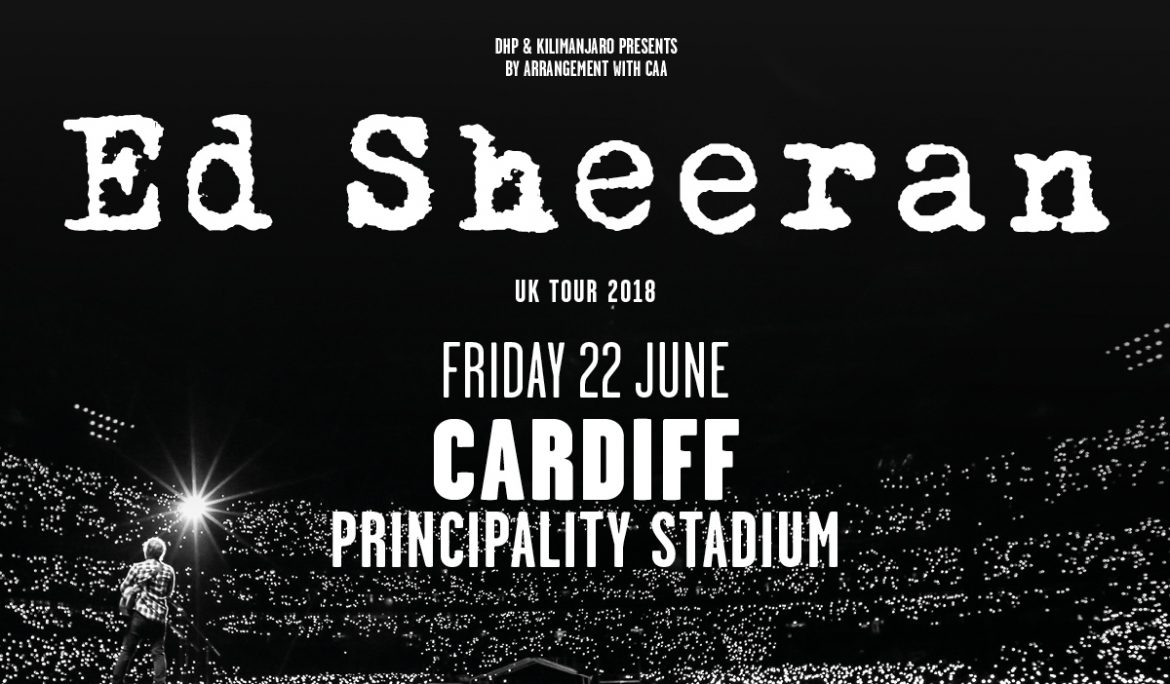 Sale of tickets starts on Saturday 8th July at 10am from Ticketmaster.

Ed’s 2018 tour news – which is on course to become the UK’s biggest tour outing of next year – closely follows the troubadour’s phenomenal headline Glastonbury performance.

Commanding thousands at the Pyramid Stage on Sunday evening, pulling in one of the festival’s biggest-ever crowds, and with over three million viewers tuning in from home, Ed continues his rise as one of the world’s most successful and unique musical talents.

Released in March this year, Ed’s third studio album ÷ (pronounced “divide”) reigns as 2017’s biggest-selling album of the year thus far, having sold over eight million copies, globally, in the space of three months: two million sales come from the UK alone. Not to mention Ed’s gigantic comeback single “Shape of You”; a track that has surpassed 1.5 billion streams in less than six months!

It was recently announced that Ed was awarded a Songwriters Hall of Fame 2017 Hal David Starlight Award for his contribution to music, and is soon to be honoured with an MBE for his services to music and charity.

For the statement on secondary tickets and a full list of ticket vendors, visit http://www.principalitystadium.wales