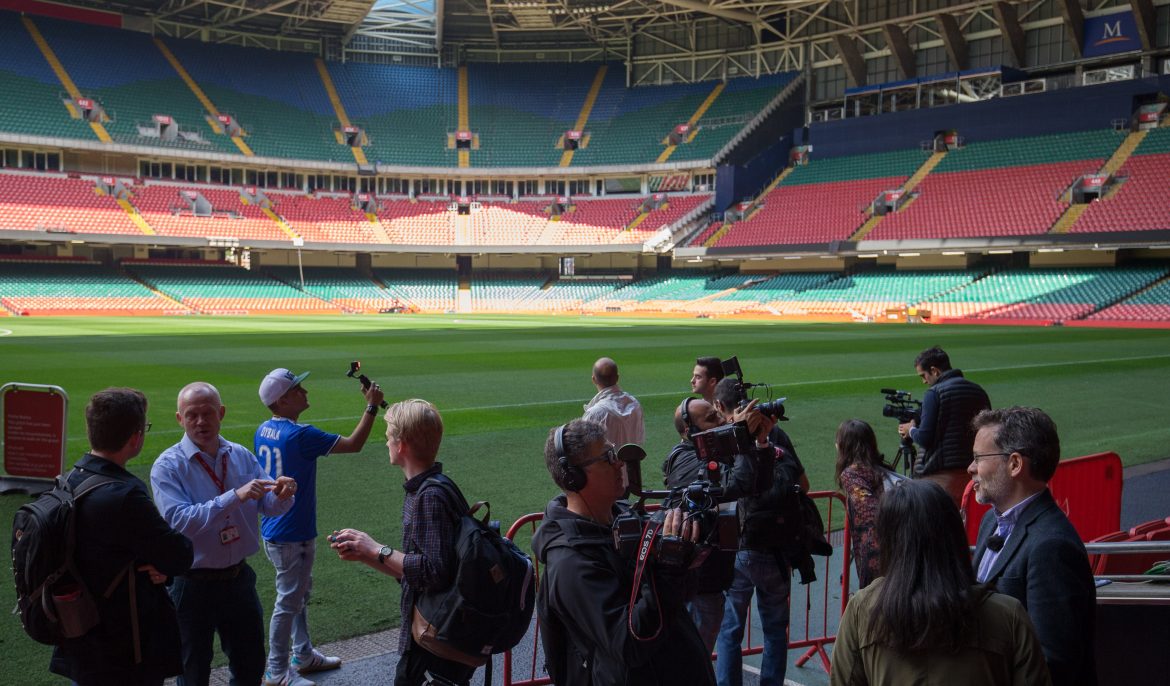 International media have descended on Wales’ national stadium in the build up to the UEFA Champions League Final between Juventus and Real Madrid on Saturday 3 June (ko 19:45).

Representing media organisations from as far as Paraguay and Brazil, film crews were granted special access to gather images of the iconic sports venue ahead of the biggest sporting event of 2017.

The stadium tour included access to the dressing rooms laid out with the strips of the two finalists, the players tunnel and the hallowed pitch before UEFA’s teams arrive to dress the venue from 24 May.

“The stadium will be in the global spotlight when Juventus and Real Madrid compete for the Champions League title in a couple of weeks, and football fans from 200 countries across the world will turn on their TVs for the live coverage,” said stadium manager Mark Williams. “This is our chance to showcase our fantastic city-centre venue and to promote Wales as a must-visit destination for world-class sport to fans oversees.”

He added: “Our tour guides welcome people from all over the world, with up to 70,000 visitors attending stadium tours each year, but we know the Champions League coming to town will attract interest from new territories. Our guides have really enjoyed sharing our unique stadium stories with the media which will hopefully generate more visitors to Cardiff year on year.”

Sports fans can get in on the action with stadium tours running daily from 10am up to and including 23 May from the WRU Shop at 8 Westgate Street, Cardiff.