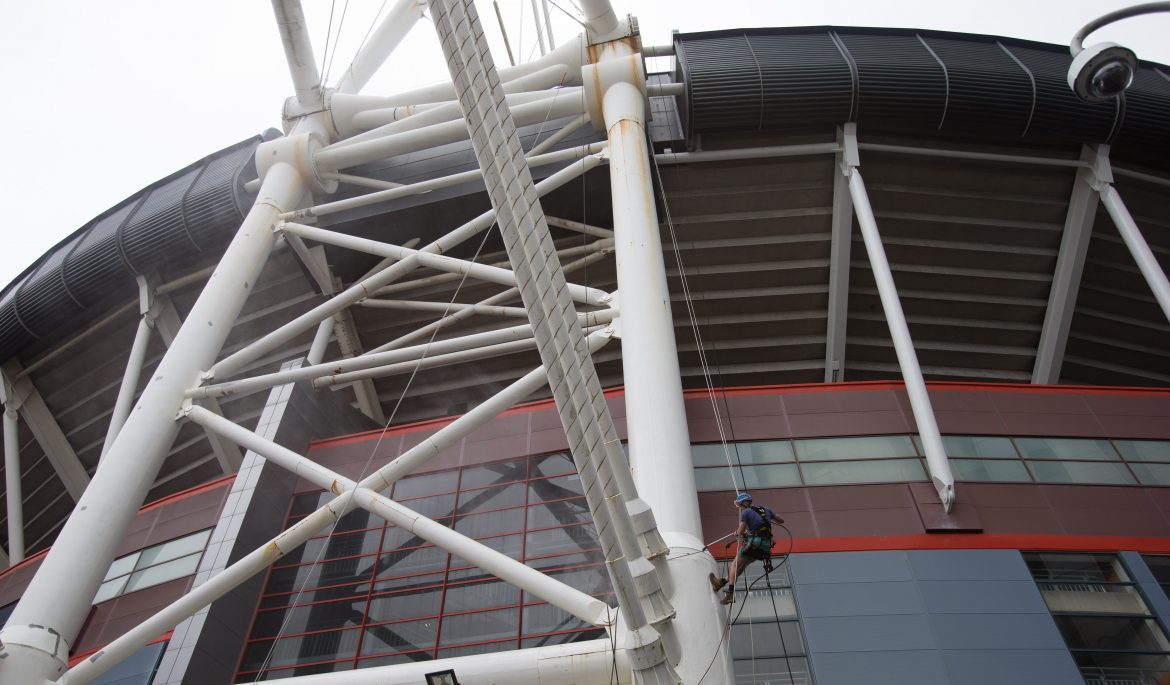 The sky’s the limit for stadium makeover

Principality Stadium’s summer makeover has reached new heights with preparations fully underway for the greatest calendar of events in the history of the iconic venue.

The stadium will play host to the single biggest sporting event of 2017 – the UEFA Champions League Final – followed by concerts from Robbie Williams, Justin Bieber and Coldplay and yet another spectacular Speedway Grand Prix.

More than 360,000 visitors will flock to the stadium in June and July. Juventus and Real Madrid fans will lead the charge on Saturday 3 June. A further 170,000 are expected in city region generating an estimated economic benefit of £45m to the wider city region.

The stadium’s maintenance began last month when the high-flying abseiling crew from Summit Rope Access swooped in to power-wash and paint the four 90m masts on the stadium’s exterior.

From 22 May, passers-by will notice the giant ‘Principality’ signage being taken down from above the main entrance – as the venue will be known as the National Stadium of Wales for the football. Providing a ‘clean venue’ for third-party events, in commercial terms, also includes covering around 3,000 signs inside the stadium.
Due to the global interest in the match, work is underway to extend the media tribune in the upper tier. The stadium’s maintenance team are busy repainting 400 meters of wall and the tarmac around the pitch before images of Wales’ premier venue are beamed to a global live audience in 200 countries.

Maintenance work on the 74,500-capacity stadium will be completed by 24 May, the finishing touches are put in place by UEFA’s operational teams ahead of the greatest sporting show on earth in 2017.