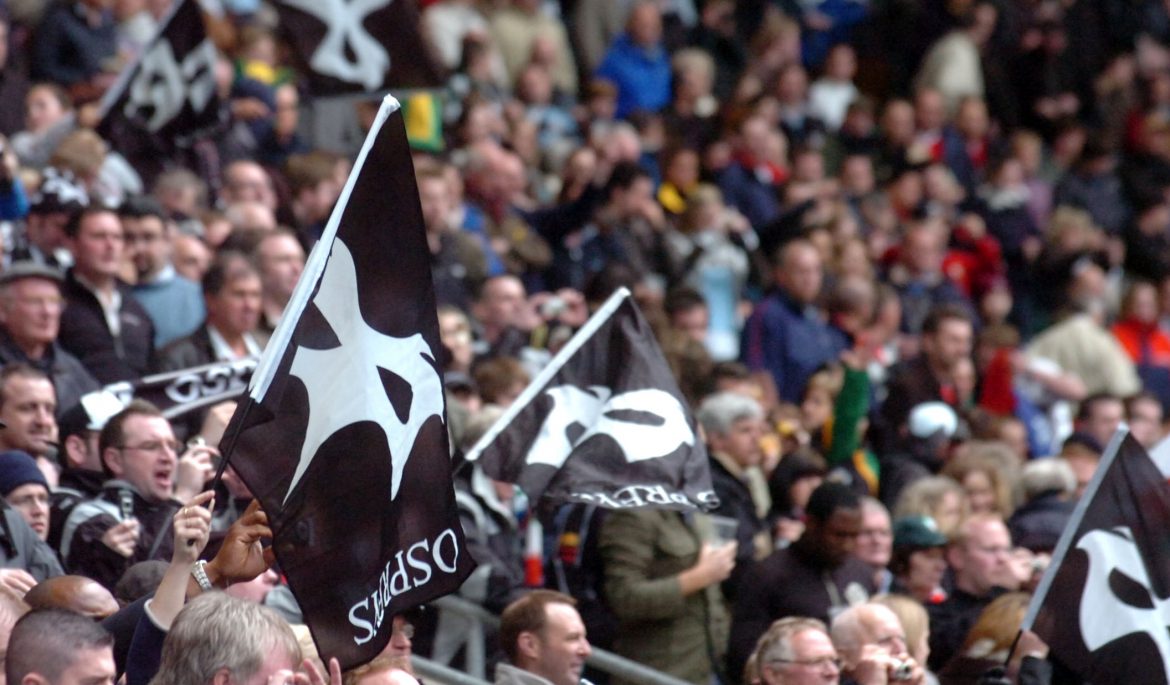 The Welsh Rugby Union will open the doors to the national stadium to welcome the Ospreys’ home fixture on the first weekend of April. Less than two weeks later, the home of Welsh rugby will welcome regional rugby fans back to the capital city for when all four regions meet at Judgement Day V on Saturday 15 April.

The stadium has a rich European rugby history. Five Heineken Cup Finals were held at the then-named Millennium Stadium. The first two Heineken Cup tournament finals were also played in the Welsh capital, at the Cardiff Arms Park in 1996 and 1997.

The same competition also brought two of Cardiff Blues’ pool matches, a quarter-final win over Toulouse and the memorable 26-26 semi-final against Leicester which resulted in their English rivals securing a place in the final after a nail-biting penalty-shoot at extra time.

Principality Stadium’s bumper rugby line-up, which next sees Wales take on Ireland in the RBS 6 Nations on Friday 10 March, showcases the stadium’s flexibility as a year-round sporting venue.

The stadium will also host Welsh Varsity on Wednesday 5 April and the WRU Cup Finals day on Sunday 16 April before the focus switches to preparations for UEFA Champions League Final, the world’s biggest sporting event of 2017 and the biggest event ever to have been held in Wales, on Saturday 3 June.

WRU Group Chief Executive Martyn Phillips is pleased to support the Ospreys and is looking forward to the feast of rugby ahead.

“We’re all in this together,” he said. “Ospreys’ European quarter-final match is an exciting occasion for the team and their rugby supporters and so it is important we show our support for regional rugby by hosting their match at Principality Stadium.

“Ospreys versus Stade Francais has the makings of yet another fantastic day out for supporters of all ages; just under two weeks before Ospreys return with all our regional teams for the much-anticipated Judgement Day V.

“These events showcase the great rugby talent we have here in Wales as well as the unrivalled flexibility of our national stadium and our commitment to working collaboratively with all our rugby regions for the good of the game.”

Andrew Millward, Ospreys Managing Director, said: “We are extremely grateful to our colleagues at the Welsh Rugby Union for stepping in and enabling us to play this key game at Principality Stadium. With five weeks to go until the fixture, it’s important everybody pulls together to play their part for the Ospreys and ensure that the occasion is a success, on and off the field.”

Ospreys Rugby will contact any supporters who have already purchased tickets in advance of this news within the next 72 hours advising them of a number of options that are available to them. He added:

“Full details will follow shortly, including ticketing details and prices, but it’s important to stress that this is a huge game for the team. It’s the first European quarter-final that we have been involved in for seven years, and we need the support of not only the loyal Ospreys hardcore, but the wider rugby public to get behind Welsh rugby in European battle.”

Tickets priced at £10 for adults and £5 for U16s will go on sale on Wednesday 2 March from 10am at the Liberty Stadium Ticket Office and online at www.ospreysrugby.com/buytickets

Personal callers can also purchase from the WRU Ticket Office on Westgate Street between 9.30am and 5.30pm, Monday to Saturday.

Thousands are expected to flock to the home of Welsh rugby to support the Ospreys as two squads packed with world leading international talent going head to head in pursuit of a place in the last four.

Ospreys are advising season members they have until Saturday 18 March to secure their tickets in a reserved area via the Liberty Stadium, after which seats will be release to general sale, on a first come, first served basis.

Anyone who has already purchased their quarter-final ticket at the original price will be contacted directly over the next 48 hours to outline the various options available to you. Your seat in the reserved area for best available seats is being held for you.

Premier Club members and anyone with hospitality to the match will also be contact by the Ospreys individually.