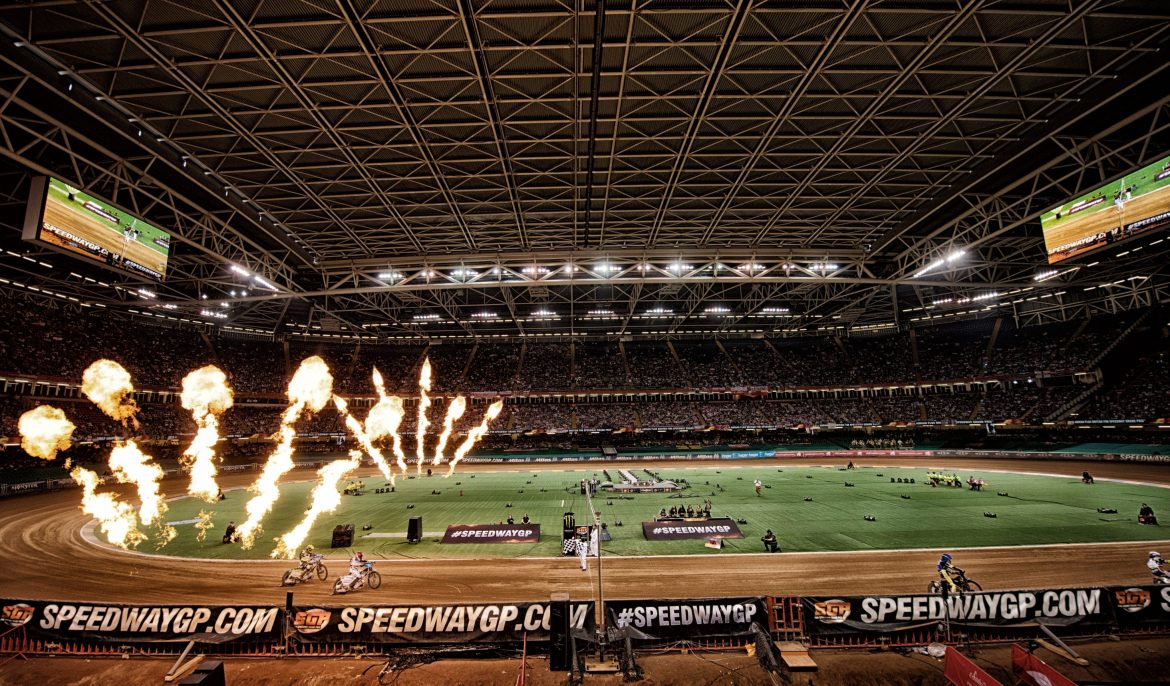 One of world speedway’s biggest meetings will remain in the Welsh capital until at least 2021, with the 2017 Adrian Flux British FIM Speedway Grand Prix taking place on July 22nd.

Tickets go on general sale this Friday from 11am, with fans who sign up to the SGP e-newsletter via Speedwaygp.com able to take advantage of an exclusive two-hour pre-sale from 9am.

He said: “The British FIM Speedway Grand Prix is one of the jewels in the crown of our sport, and there’s no doubt Principality Stadium is the perfect setting for speedway.

“Fans from all over the world gather in Cardiff every year to create a carnival atmosphere and enjoy the very best racing the sport has to offer beneath the stadium roof.

“I’m sure GB hero Tai Woffinden will be battling hard for his first Cardiff win next year, but he’ll face some stiff competition in one of the events every rider dreams of winning.

“We look forward to celebrating over two decades of the British SGP in Cardiff and to continuing our longstanding partnership with Principality Stadium and the Welsh Government.”

“Two decades of Speedway is a thrilling feat for our venue which has without doubt become the home of the British leg of the FIM Speedway World Championships,” said Principality Stadium Manager Mark Williams.

“Speedway is the longest-standing third party event in the stadium’s calendar and is a firm favourite for motorsports fans of Cardiff, the UK and across Europe. We are absolutely delighted that our relationship with the Speedway organisers will continue and look forward to hosting more of the thousands of Speedway visitors.”

Cabinet Secretary for Economy and Infrastructure, Ken Skates, said: “I’m delighted that we’ve been able to continue our long standing partnership with the British FIM Speedway Grand Prix and Principality Stadium.  The event has become a firm favourite in Wales’ event calendar and demonstrates the variety of events that Wales is able to host.  We look forward to the next five years as these world class riders continue to impress the home crowd and the thousands of fans who travel from overseas each year for the event.”

Tickets for the 2017 Adrian Flux British FIM Speedway Grand Prix go on general sale from 11am UK time this Friday 23rd September. Visit Speedwaygp.com for more details and to book. And to gain access to the exclusive two-hour pre-sale, sign up for the SGP newsletter by entering your email address in the e-news signup box on the Speedwaygp.com homepage.