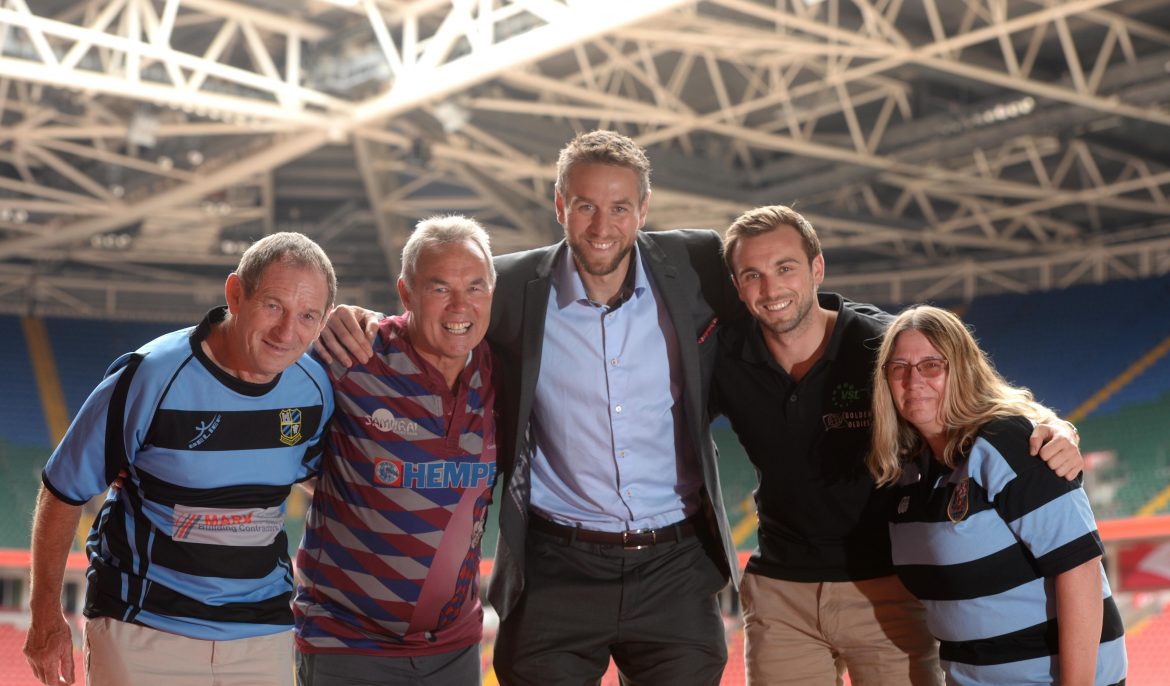 Welsh rugby will throw open its doors to the world’s biggest over-35s ‘Golden Oldies’ rugby festival which is being held in Cardiff next month.

The Golden Oldies World Rugby Festival will attract more than 120 rugby teams from 25 countries to the Welsh capital, according to organisers, Vintage Sport & Leisure (VSL).

From August 21 to 28, the bumper rugby festival will see men and women taking part in rugby matches to suit a range of playing abilities. The events will also showcase the vital support of the wider rugby network including team managers, referees, volunteers and supporters.

Principality Stadium will provide the stage for the opening ceremony on Sunday 21 August, after the ‘Parade of Nations’ which sees teams from around the world march the route from Cardiff Castle to the home of welsh sport. The iconic venue will also host a gala dinner for 1500 guests on the hallowed pitch on Saturday 27 August.

Cardiff RFC, Cardiff Harlequins and Rumney RFC are also in on the action, providing ‘team bases’ for the visitors and hosting matches outside of the main festival site at University Fields in Llanrumney, where 10 pitches will be used.

The Cardiff clubs will also be represented on the pitch among 10 Welsh mens, womens and mixed teams. Welsh rugby will also step in to lend a hand when it comes to providing club administrators, referees and volunteers within the local area.

WRU Head of Participation Ryan Jones welcomed news that the Golden Oldies World Festival is coming to Wales as he met the festival’s organising committee at Principality Stadium where preparations are already well underway for the opening event. He said:

“Rugby knows no age barriers. It is part of our heritage in Wales and the great people at the heart of our rugby communities are men and women of all ages, from players and coaches to those volunteering and supporting their local teams.

“Our reputation as a passionate rugby nation is what has attracted the Golden Oldies to Wales for the 21st Anniversary event. A summer festival is a fantastic opportunity for all the family to get involved and I have no doubt Wales’ rugby family will show our international visitors a warm welsh welcome when the Golden Oldies visitors come to town.”

The Festival has been part-funded by the Welsh Government, following a successful bid beating London, Toulouse and Treviso. The events will be a celebration of the host nation, including a Welsh Market Village and a Bandstand showcasing local bands. Organisers have also pledged a mammoth fundraising target of £50,000 for the children’s rugby charity Wooden Spoon Wales.

The week-long Festival will be showcasing many aspects of Welsh Rugby, including a Legends Q&A in St. David’s Hall auditorium, hosted by ‘Scrum V’ presenter, Phil Steele. During one of the three match days, the Festival will be aiming to break a Guinness World Record for the largest scrum.

Cabinet Secretary for the Economy and Infrastructure, Ken Skates, said: “I’m delighted that Wales has won the bid to host this fantastic celebration of Rugby and we look forward to extending a warm Welsh welcome to all countries taking part.”

Paul Guest, the 2016 Festival Director, is a Welshman based in VSL’s newly established UK Office. He said: “Built on the ethos of Fun, Friendship and Fraternity Golden Oldies Festivals remind us that the soul of sport still resides in the hundreds of thousands of players from many different backgrounds who play games socially for the love of it, promoting respect and understanding in the process.

“There is no better place than Wales to celebrate the 21st anniversary of this love of the game. It is the foundation of the Golden Oldies movement for the Festival host city to be integral in all aspects of the event. It is what the thousands of visitors are coming to Wales for and we want to make sure they experience a Festival steeped in the traditions of Welsh Rugby and culture.”

Golden Oldies Festivals are open to men and women over 35 years of age from any part of the world and any ability and there is no cost of entry to watch the games for supporters. To find out more visit www.govsl.com/goldenoldies/rugby