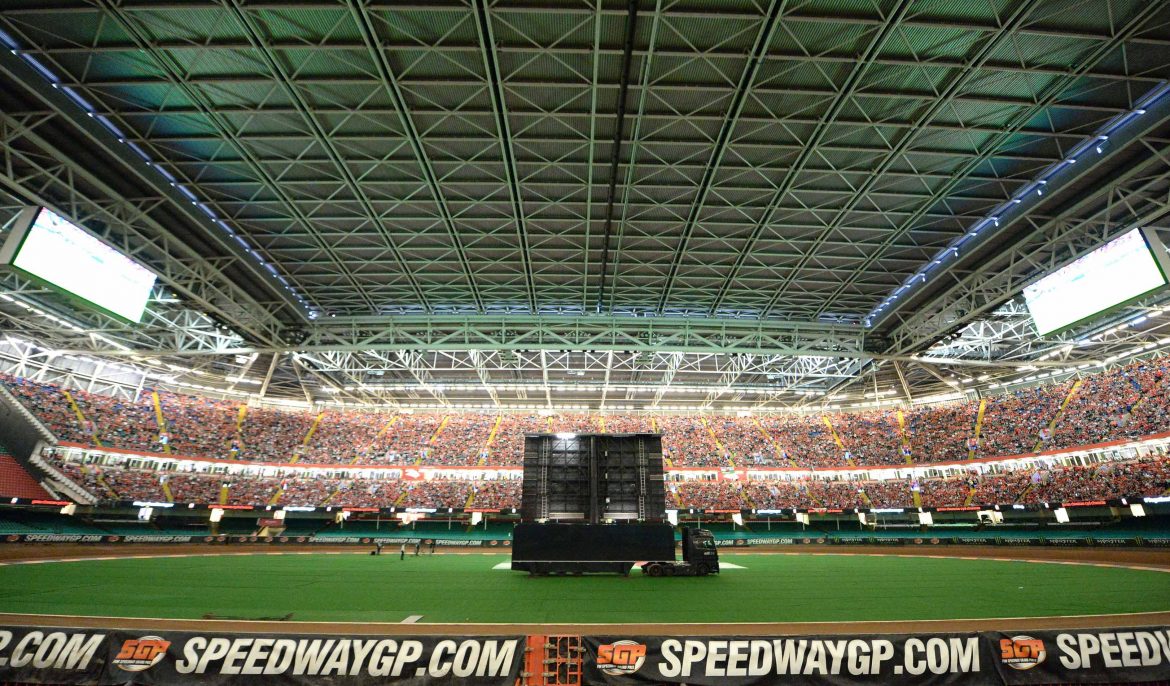 The world was watching Wales at Principality Stadium

The 27,500 Welsh fans who turned up at the Principality Stadium to support Wales for the screening of the European Championship semi-final helped to project Wales across the globe.

Without knowing it they became one of the biggest adverts for their nation as they were watched by TV crews from all over the world. Among the 30 broadcasters who turned up to film the event there were crews from Brazil, Vietnam and others from Denmark, Norway, Spain and Germany.

The Welsh football story in France has captured the imagination of sports fans from near and far and more than 70 media turned up to ‘watch’ the Welsh fans support their side in Lyon. It may have been a disappointing end to the tam’s journey with a 2-0 defeat, but there was nothing other than admiration and pride for their beaten heroes from the Welsh fans who flocked to the Principality Stadium ‘Fan Zone’.

They came from all over Wales, and the other side of the Severn Bridge, to see if the amazing magic carpet ride could yet carry them into the final in Paris on Sunday. That it was not to be didn’t dent the amazing story of Welsh success at their first major tournament since 1958.

They won their Pool, beat N.Ireland and Belgium in the knock-out stages, were the longest standing British team in the tournament by far and the first to reach the semi-finals of a major tournament since England in 1996.

There were an estimated 25,000 Welsh fans in Lyon to roar on their team and even more than that turned up in Cardiff. In between two of the noisiest events of the year on their calendar, a Beyonce concert last week and this weekend’s British Speedway Grand Prix, the Principality Stadium management somehow found a way to squeeze in another event. With its closed roof, the stadium became like a giant chapel at which the football faithful, new and old, gathered to honour their heroes.

They were bidding to become only the second British team to reach the final of a major tournament in 35 attempts and the congregation sang their hearts out in unison with the choir some 750 miles away in Lyon. Homage had previously been paid at an open air ‘Fan Zone’ in Bute Park , but the semi-final against Christiano Ronaldo’s Portugal was in a different league, the biggest game in the 140 year history of the Football Association of Wales.

The fans needed a bigger and better venue at which to worship and in the space of four days the traditional home of Welsh rugby arranged for a 100ft wide, 20ft high screen to be installed in the middle of their speedway track and issued 27,500 free invitations to fans to join the party. They sold out in just two hours.

There were other, open-air screenings in Aberystwyth, Swansea, Newport, Wrexham and on Anglesey and the nation rose when the nation rose as one to sing the national anthem ‘Hen Wlad Fy Nhadau’ their voices joined as one across the continent of Europe – Wales were #TogetherStronger.

The past four weeks have seen Welsh football fire the imagination of their own nation. Everyone across the UK has been researching their Welsh ancestry as Cymru has once again become cool. Dare to dream’ was the rallying call of the manager, Coleman, in France. A nation simply loved living the dream and will never forget the achievements of the past month. Wales may have come out in favour of Brexit, but nobody wanted to leave this part of Europe just yet.

And the Principality Stadium was proud to play a small part in a story that will be fed as an inspiration to generation after generation of Welsh youngsters.