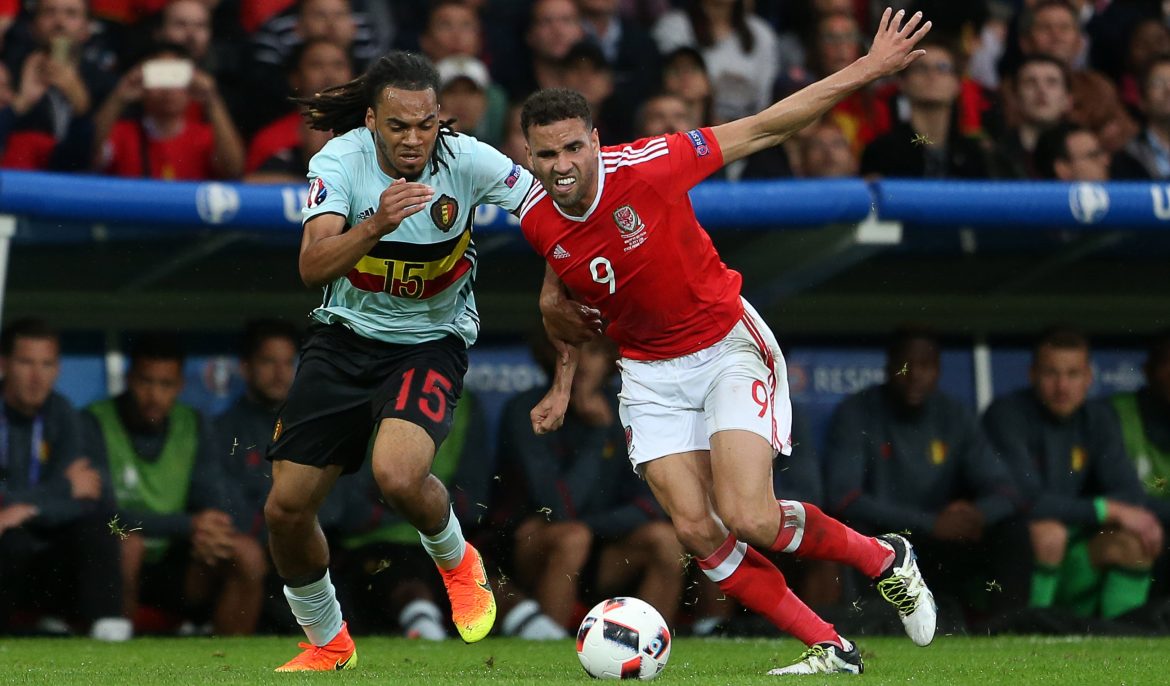 Principality Stadium will host Cardiff’s fanzone for the screening of Wales’ semi-final match against Portugal on Wednesday 6 July.

The Welsh Rugby Union has joined forces with the Football Association of Wales (FAW) and Cardiff Council to give fans the opportunity to watch the biggest match in the history of Welsh football for free on the big screens at the home of Welsh sport.

As part of the #TogetherStronger campaign sweeping the nation, organisers have arranged for the installation of a 100ft screen alongside the existing two big screens at the iconic venue.

Fans not travelling to the Stade des Lumières in Lyon are invited to gather at Principality Stadium to cheer on Wales for the Semi-Final – the furthest stage the team has reached in an international tournament.

Tickets will be available free of charge via www.principalitystadium.wales/togetherstronger from 10am tomorrow (Tuesday) on a first-come-first-serve basis (maximum 4 per person) for the reserved seating areas, with a 20,000 capacity. Supporters may opt to make a donation which, added to any profit from the event, will be shared equally between WRU grassroots initiatives, FAW Trust and the Lord Mayor’s charity, Cancer Research Wales.

Gates will open at 6.30pm for the 8pm kick off, giving ticketholders early access to the official city-centre celebration for all the build-up before an unrestricted view of the match on the giant screens. Fans will also have the opportunity to purchase the official Euro 2016 tournament programme, the very-same on sale at the match.

The screening takes place just three days before the Speedway Grand Prix, with football fans also getting unique view of the spectacle that is the world-class racing track set up to host the world’s best riders on Saturday 9 July.

The motorsports track showcases the impressive transformation at the multi-event venue which has this year hosted Chris Coleman’s team for back-to-back training session ahead of their Euro 2016 campaign and Welsh rugby’s home matches in the RBS 6 Nations.

Martyn Phillips, Chief Executive of the Welsh Rugby Union which owns and operates Principality Stadium, said: “This is a momentous time for Welsh sport and the people of Wales who have united ‘Together Stronger’ in celebration of Wales’ historic success in a major football tournament.

“On a personal level as a Welsh-man and on behalf of the WRU I’ve enjoyed every minute of the Euros and the positive images of Welsh sport beamed across the world to put Wales on the map as a competitive sporting nation.

“As Welsh football supporters all over the world prepare for the greatest international match in the history of the sport on Wednesday, the WRU is proud to be throwing open the doors to host Cardiff’s official fanzone in association with the FAW and Cardiff Council. I also thank the organisers of Speedway for their cooperation under hire agreement which has allowed us to invite the public to the screening of Wales’ Semi-Final.”

FAW Chief Executive Jonathan Ford: “The scenes and support we have seen at home during the course of the tournament has been nothing short of memorable, and we hope that our passionate supporters can enjoy another historic night watching Wales.”

Cllr Peter Bradbury, City of Cardiff Council’s Cabinet member for Community Development, Co-operatives and Social Enterprise, said: “The Cardiff Fanzone in Cooper’s Field has been a tremendous success.  Close to 25,000 people have come through the gates to cheer on Wales and following Friday’s incredible performance against Belgium we knew that many more would be desperate to come and experience the atmosphere for the semi-final.

“We didn’t want anyone to feel left out, so it was important we found a way to increase capacity. Working with the FAW and the WRU to move the Fanzone to Principality will give thousands more a chance to see our boys make history. I really must, however, give a huge thank you to our other partners, Sayer’s Amusements, BBC Wales and Vauxhall. The Fanzone in the park – which will live long in the memories of anyone who attended – wouldn’t have been possible without their help and commitment.”

Torben Olsen, Managing Director of BSI Speedway, says: “We are delighted to be able to partner with the Principality Stadium to welcome Welsh football fans to watch the semi-final game. With thousands of motorsport fans coming to this same stadium on Saturday, we know how important it is for fans to be able to join together and therefore are glad that we could make this opportunity possible. It will be an exciting week for Cardiff. We hope that the Welsh fans enjoy the atmosphere in the stadium tonight and will also join us for some World Championship speedway action this Saturday for the Adrian Flux British FIM Speedway Grand Prix”.

Supporters are reminded that enhanced security checks will be in place on Wednesday and Saturday – to leave large bags at home, where possible, to avoid further hold-up on arrival at the venue.