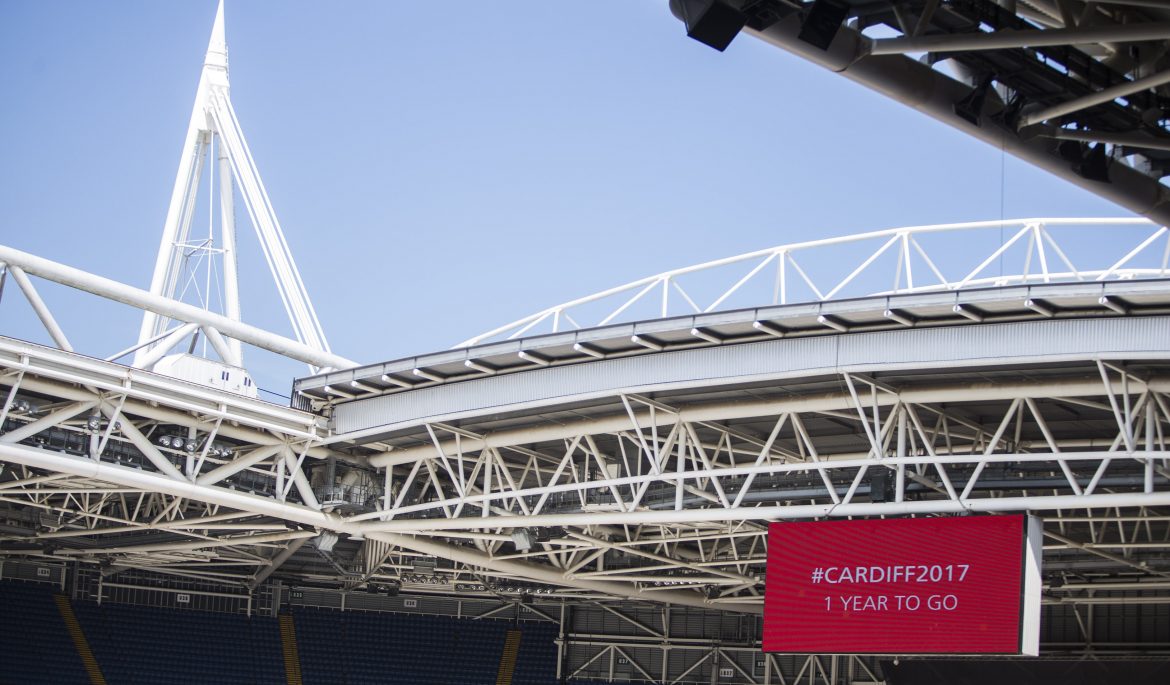 The countdown is officially on for Cardiff 2017, with the stadium set to host the UEFA Champions League Final one year from today.

One year out, preparations are well underway in Cardiff with the Welsh Rugby Union, which owns the stadium, working with UEFA and the local Organising Committee (LOC) assembled by the Football Association of Wales.

“The UEFA Champions League Final is the single biggest sporting event in the World for 2017 and we’re extremely proud to adding next year’s final to a long list of memorable sporting occasions at the stadium. The venue operations team are well versed in delivering major events. The UEFA Champions League will bring some new and exciting challenges and we’re already working behind-the-scenes with the FAW and UEFA to ensure we’re in great shape for Cardiff 2017.”

To mark ‘1 Year to go’, the proud hosts joined organisers to launch the social media hashtag #Cardiff2017 for fans to get involved in the build up to the big event.

The landmark celebration also confirms that Principality Stadium, named following a 10-year partnership between the WRU and Principality Building Society, will be known as the ‘National Stadium of Wales’ for UCL 2017.

The name ‘National Stadium’ dates back to 1982 and the 53,000 capacity National Stadium, Cardiff Arms Park which hosted Welsh rugby internationals and other events through to 1999, when the iconic Millennium Stadium opened its doors to host the Rugby World Cup. The Millennium Stadium’s name was established due to the £46 million Millennium Commission grant which contributed to the £121 million project which was three years in the making. In January 2016, the venue was re-named Principality Stadium as part of a naming-rights partnership.

The venue has hosted more than 400 events, including three Rugby World Cups, Olympic Football and six FA Cup Finals in its history.

Situated in the city-centre of Cardiff, with UK's largest fully-retractable roof, the stadium can hold up to 74,500 spectators and welcomes around 1.3 million visitors per year to Cardiff.

Events at the stadium deliver an approximate £130million boost to the local economy and help to sustain more than 2,500 jobs in Wales.