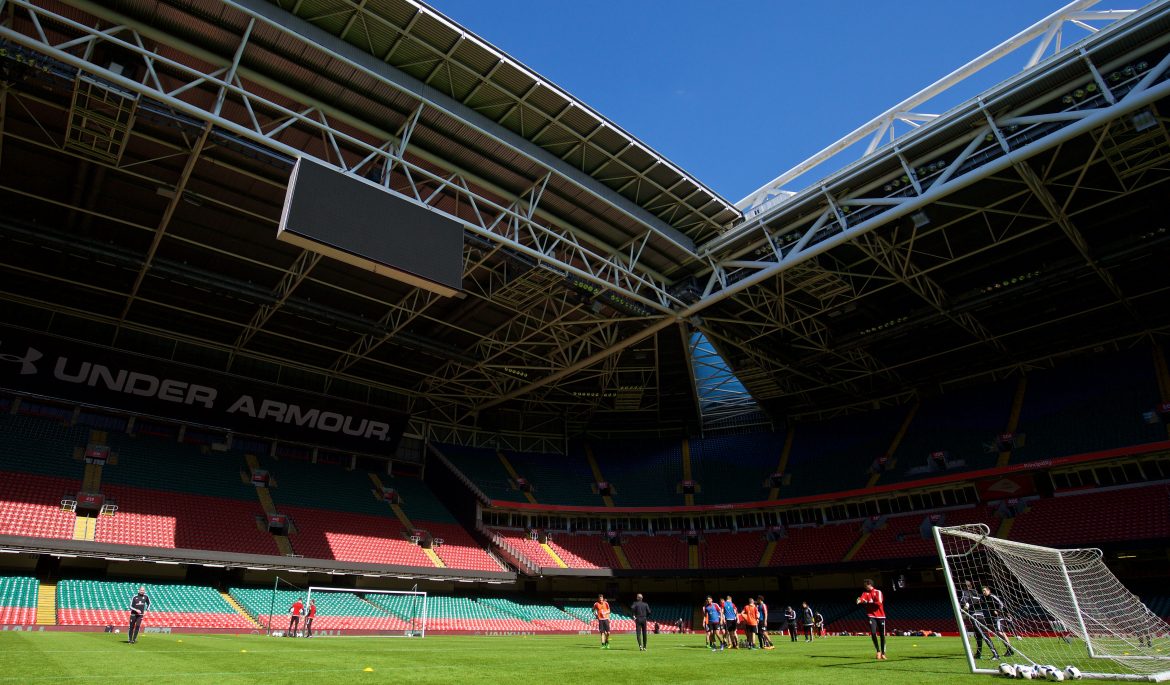 Football fever is well underway at Principality Stadium after Wales international football stars trained at the venue over the Easter weekend.

Seven charity football matches were given the freedom of the UEFA-rated stage which will host the 2017 Champions League Final as part of the annual Community Events initiative.

Fourteen fundraising soccer sides got the opportunity to step out on the pitch used by Wales skipper Ashley Williams for a two-day training session behind closed doors at the iconic venue on the road to their landmark Euro 2016 campaign.

In an action packed week of soccer, Wales’ newest ‘Desso Grassmaster’ hybrid pitch was marked out to Champions League specification for the first time before the world’s biggest footballing event comes to Cardiff next year.

Already this week the venue has hosted South Wales Police’s footballers who lost out 6-2 to Somaliland in the Cohesion Cup, while Welsh companies such as Hugh James and Admiral have also staged fundraising events on the hallowed turf.

This weekend sees footballers gather for the Mattie Holtham Memorial Cup with Whitchurch playing Cardiff Corries in memory of the former Barry Town, Cardiff City and Merthyr player on Saturday and Wales Veterans versus England Veterans on Sunday, both kick-off at 2pm.

“Wales’ football stars raised the bar for all involved this week when they posted pictures of training at Principality Stadium across social media over the Easter weekend and gave our pitch and the facilities an official thumbs up ahead of Cardiff hosting the Champions League Final in 2017!” said Stadium Manager Mark Williams.

“As we continue to work closely with the FAW, this was a welcome boost to the groundstaff and event managers who have just come off the back of a busy RBS 6 Nations and I’m sure it was an additional bonus for the hundreds of football fundraisers we’ve had at the venue this week.”

The annual Community Events initiative invites 15 not-for-profit organisations in Wales to bring their events to the world-class sporting arena, free of the hire costs associated with major commercial events.