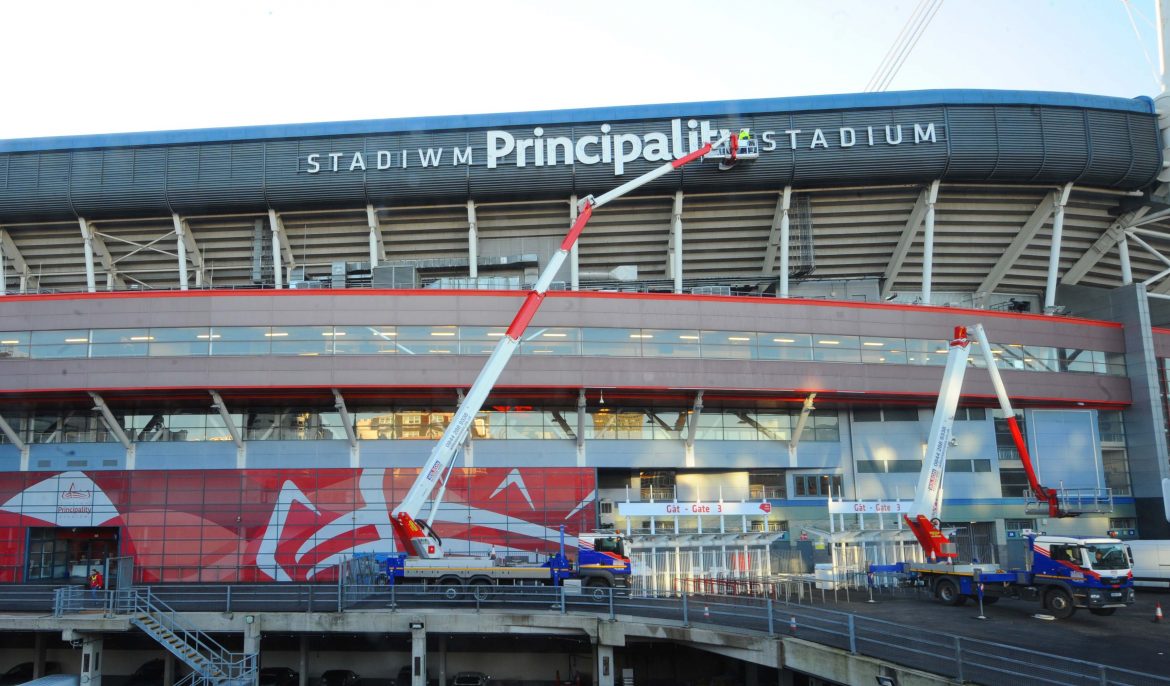 Final prep for big switch on at Principality Stadium

The new Principality Stadium signage will be lit up for the first time tomorrow evening, at a special event to launch a 10-year investment in Welsh rugby by Principality Building Society.

The external signage was erected earlier this week on the eastern side of the building, above gate three on Cardiff’s Westgate Street, ahead of the official event on Friday 22 January.

The new bilingual branding spells out ‘Stadiwm Principality Stadium’ above where ‘Millennium Stadium’ appeared for 16 years.

The aluminium letters, together weighing 929 kilograms and covering 114 square meters, will shine brightly over Cardiff’s skyline at a height of 40m from 5.30pm on Friday.

The sign will be illuminated with 2556 lights fixed inside the letters, consuming less than 12 amps per hour within the stadium’s sustainability remit.

The switch on marks the official opening of Principality Stadium, as part of an exclusive event for guests of the Welsh Rugby Union and Principality Building Society.

The two-day stadium celebration also includes a festival of grassroots rugby on Saturday (23 January) which will see Under 7s teams from across Wales become the first to step out on the hallowed pitch.

Principality has invited players representing Bridgend Sports, Dulais Valley, RTB Ebbw Vale, Treherbert and Wrexham who have been selected for their commitment to the development of rugby both on and off the field.

The young players will be accompanied by their parents and will take part in a skills session delivered by WRU Coach Core Apprentices and national squad representatives followed by autographs and an exclusive Q&A.