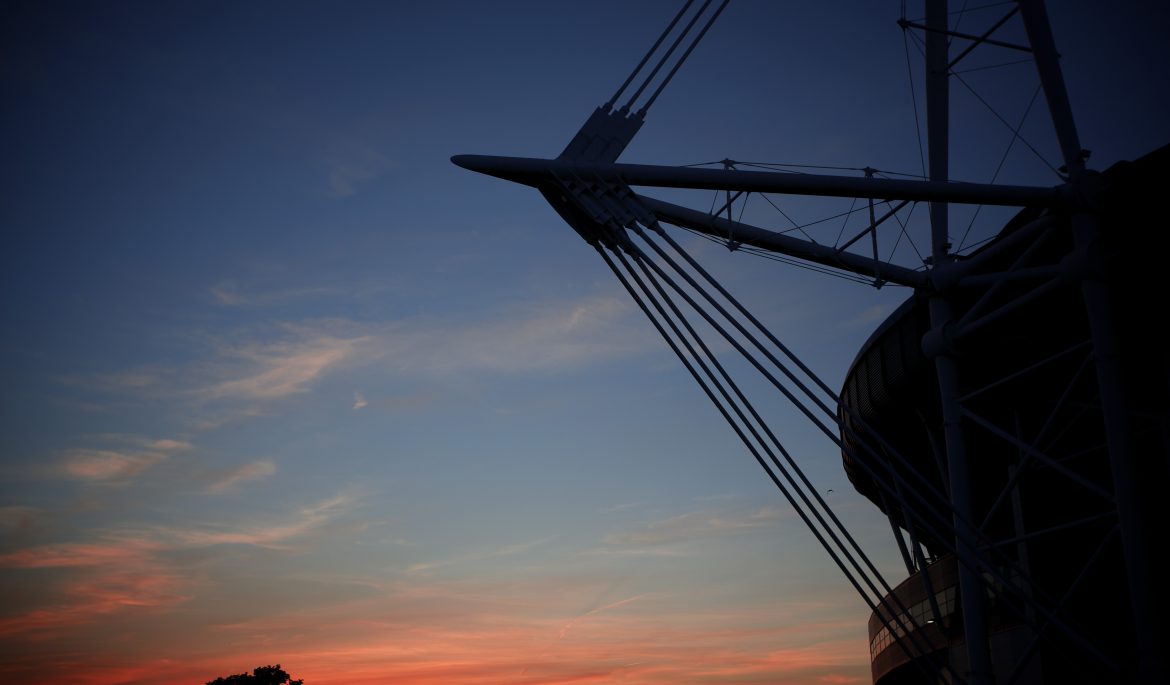 Hidden beneath the stands of Principality Stadium, the newly christened amphitheatre of Welsh rugby at the heart of the nation’s capital, is an Aladdin’s cave of memorabilia which traces the rich history of the building it occupies.

The Welsh Rugby Union and Principality Building Society cement a new partnership, which sees significant investment in the grassroots game and includes the transformation of the former Millennium Stadium into its new guise of Principality Stadium, at an official ceremony at the end of this week (22nd January).

To mark this significant moment in the history of the game in Wales both organisations are running a social media campaign which asks Welsh rugby fans, WRU staff and visitors from around the world to reminisce about the national ground using the hashtag: #makemorememories

And the WRU's archive room has opened its doors to cameras to help inspire and stimulate fond memories of both the distant and recent history of the world renowned venue.

Whilst the room itself is not open to the public its contents – which have been formally itemised and stored over the last two years – are regularly dusted off and sent out into the world to the delight of the viewing public and have been housed formerly in the Centenary Suite of the old National Stadium, Cardiff Arms Park and more recently at the Museum of Wales and at various locations around the Millennium Stadium, with plans being made for more displays in the future.

A range of unusual items, from model boats and ships from the likes of the New Zealand and Spanish rugby unions to a carpet tile from Australia and an enormous muscle shell from Tonga have been collected in as part of the traditional post-match exchange of gifts over the years.

More traditional memorabilia too has been itemised and preserved from hundreds of pennants and pitch flags to signed, match or commemorative jerseys, balls and boots.

There is an armoury of 'weapons' too many from the South Sea Island nations, but also from the likes of Japan, including a war axe from the NZRFU, and written records of WRU Board meetings through history.

Archivist Peter Owens, who himself has been with the WRU for over 30 years and was formerly WRU deputy secretary and was acting secretary on two occasions in the 90s has many fond memories, but says nothing beats the Rugby World Cup final in 1999:

"It's that world cup final in 1999 that is my most memorable day in the stadium," said Owens.

"It's a match between Australia and France. Australia were very much the favourites for the competition but France had beaten New Zealand in a wonderful semi-final at Twickenham and everyone had come to Cardiff in anticipation of a wonderful game. "

Perhaps the most interesting items in the current collection would be a Wales international jerseys and match programme from New Zealand's 1905 tour, the year Wales beat the All Blacks, loaned to the archive by the family of former player Dai 'Tarw' Jones – one of the so called 'Rhondda forwards'.

The collection also boasts a British and Irish Lions jersey worn by Cliff Morgan in 1955, still sporting the authentic soil marks on its right arm.

"I've had a great interest in rugby memorabilia since I was a little boy," added Mr Owens.

"Much of the stuff in this room was in storage and didn't see the light of day, but in the last three years we've spent some money on this room and brought it out.

"They had the same problems in the 1890s as we have today – player discipline and players moving between clubs."

The campaign urges fans to upload videos, photos and text of their own best memories across their own social media platforms utilising the hashtags #makemorememories and #principalitystadium.