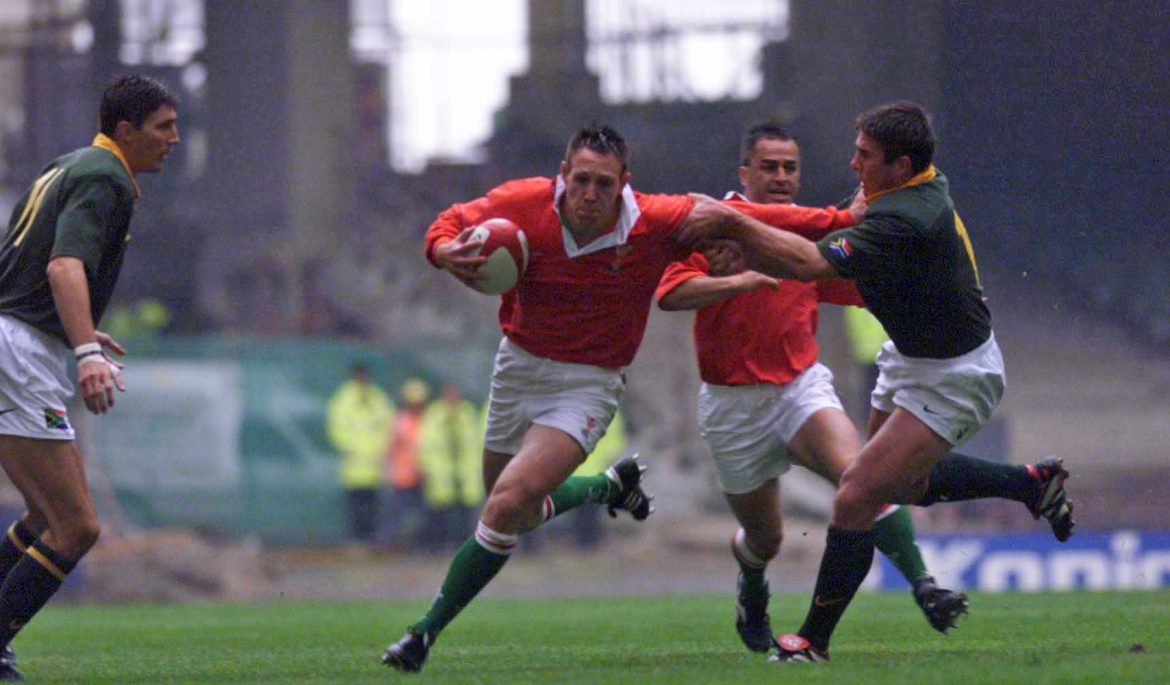 Mark Taylor – the Millennium Stadium’s debut try scorer – will be the first WRU employee to share his favourite stadium memory on the WRU’s social media channels today as part of a joint campaign with Principality Building Society in the countdown to the launch of Principality Stadium on 22 January.

The current WRU U20s manager kick-started Wales’ first win over South Africa when he crossed in the first half of the 26 June 1999 meeting which also saw the venue open its doors to the public for the first time – albeit to a 28,000 crowd – ahead of Rugby World Cup 1999.

Wales would beat the Springboks a second time more than 15 years later in the 2014 Dove Men Series, giving them a record of two wins, one draw and 28 losses against the Southern Hemisphere super power.

And both victories feature as part of 110 international Test matches for Wales and an illustrious list of over 400 major events over the 16 year life of the ‘Millennium Stadium’.

As the venue prepares for a new era as Principality Stadium, to mark a 10-year investment in Welsh Rugby from Principality Building Society, Taylor’s greatest memories will be shared on WRU’s social media channels using #makemorememories and #principalitystadium.

He said: “My most memorable occasions at the stadium would be obviously the first ever game at the stadium in ‘99 where I was lucky enough to score the first try there and also get the first victory over South Africa.”

Mark was back at the venue on October 1st, 1999 for the opening World Cup match when Wales beat Argentina 23-18 in front of 72,500 fans. He added: “And also ranking right up there would be the first game of the World Cup in 1999 which was a huge occasion and probably a day that I’ll never forget.”

During the countdown to the launch of the new name later this month, the WRU will continue to release memories from selected employees working behind-the-scenes at the iconic venue across a rich history of world-class sport and entertainment.

Major events at the stadium attract around 770,000 paying visitors each year and an additional 50,000-plus people visit the venue annually for guided tours.

In rugby terms, some of the greatest players have featured across Rugby World Cup 1999, 2007 and 2015 as well as in five Heineken Cup Finals. While football fans will remember an elite line-up of stars to grace six FA Cup Finals, Football League play-offs a host of Welsh football internationals and 11 Olympic football matches during London 2012.

Principality launched #makemorememories last week with employees and Members sharing their memories on Principality’s social media channels. The campaign allows fans to relive and share these occasions and more from world-class boxing to international music stars such as Bruce Springsteen, Madonna, Take That and One Direction.

Future stadium visitors are also invited to share their excitement for upcoming events at Principality Stadium including Rihanna’s Anti-World Tour in June 2016 and UEFA Champions League 2017 using the unique hashtag.