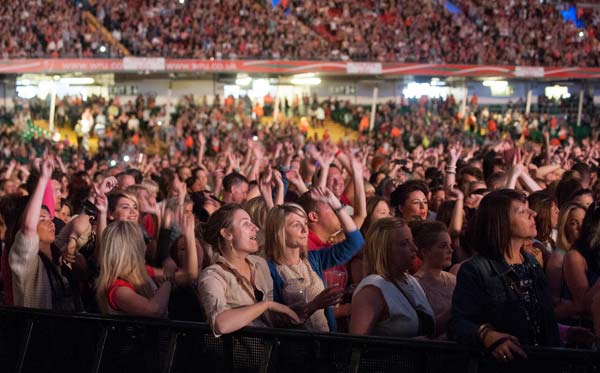 Get your Rihanna tickets

Tickets for the Rihanna concert in Cardiff will go on sale tomorrow (Thursday 3 December) at 9am.

The global superstar is set to bring The Anti World Tour to the newly-named Principality Stadium on 16 June, 2016.

Tickets for the gig at Wales’ largest concert arena will be available from the Welsh Rugby Union Ticket Office at No 8 Westgate Street in Cardiff from tomorrow morning as well as online, alongside all European Tour dates, at www.livenation.com.

The upcoming Tour will be the 27-year-old’s second performance at the venue, following the sell-out Diamonds World Tour at Millennium Stadium in June 2013.

Rihanna is the first act confirmed to play at Principality Stadium and will be the first act to bring a concert to the iconic venue under both its names.

She joins a star-studded line-up of pop artists to play the venue on more than one occasion including Robbie Williams, Take That and Madonna.

The most recent concert at the venue was by One Direction who performed to more than 100,000 pop fans over two nights in June 2015.

The Millennium Stadium has held 40 concerts since opening in 1999 attracting almost 2.5 million visitors – over 60,000 attended the Diamonds Tour in 2013.

Rihanna has sold more than 200 million records worldwide and will launch her 70-date Anti World Tour next February in the USA.

The pop icon is one of the world’s biggest artists and has sold 54 million albums and 210 million digital tracks worldwide, making her the top selling digital artist ever.

She has released seven albums in seven years and has achieved 13 number one singles and won eight Grammy Awards.

The show in Cardiff also includes special guests The Weekend and Big Sean.

Further details and pricing can be found here

* The Millennium Stadium will officially change its name to Principality Stadium in January 2016.