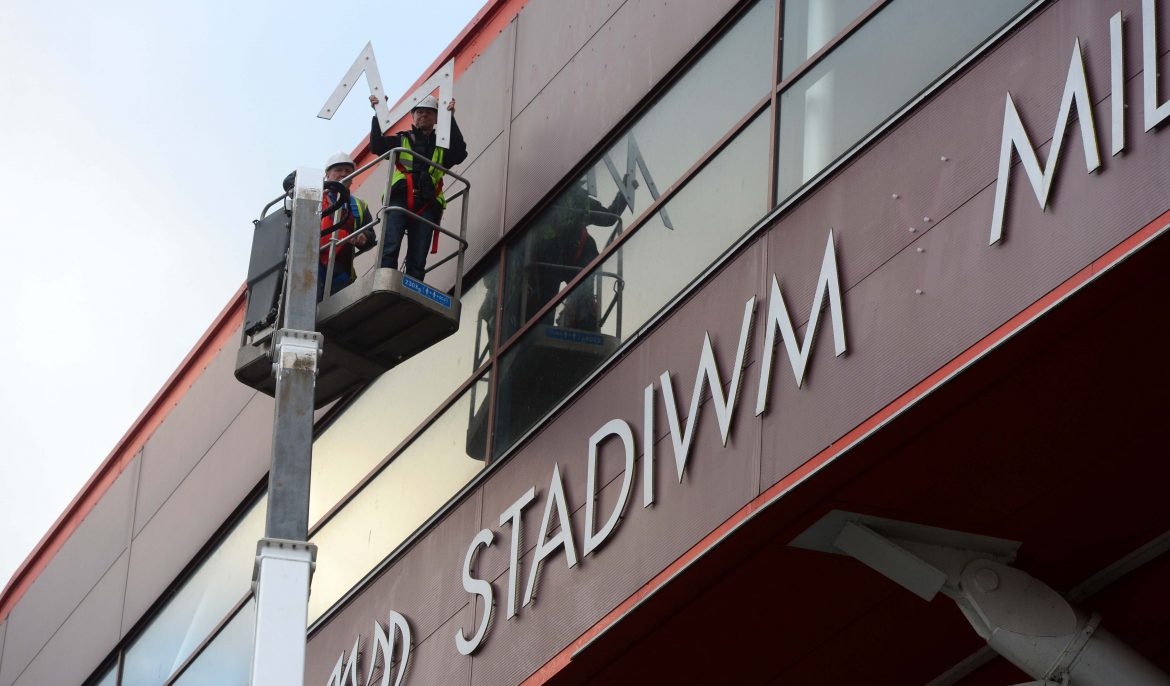 A new era for the home of Welsh rugby dawned this morning as the famous ‘Millennium Stadium’ sign was taken down from the iconic venue’s Eastern exterior in readiness for its reincarnation as Principality Stadium.

The removal of the 5ft by 45ft metallic sign precedes the imminent official launch of the new 10-year partnership between the Welsh Rugby Union and Principality Building Society, which aims to develop, encourage and grow the game of rugby throughout Wales.

Commenting on the partnership for the first time, new WRU chief executive Martyn Phillips, said: “We are delighted to be entering into this long-term partnership with such a well-regarded Welsh business, which shares similar values to us in wanting to develop Welsh rugby at all levels.”

Wales’ RBS 6 Nations 2016 second round clash with Scotland, on Saturday 13th February, will be the first event held at the newly renamed Principality Stadium and is already sold out. This week it has also been announced that Rihanna will perform at Principality Stadium in June as part of her world tour.

The removal of the sign, which has been a highly visible fixture on the Eastern façade of the Stadium since 1999, is a symbolic moment as the eyes of the world continue to fall on the magnificent multi-event facility and Principality Stadium begins to make its own indelible mark on the nation’s history books.

Wales’ national ground will complete its transformation and become Principality Stadium in January 2016, with an official logo to be unveiled in December. A launch event is planned for the New Year.