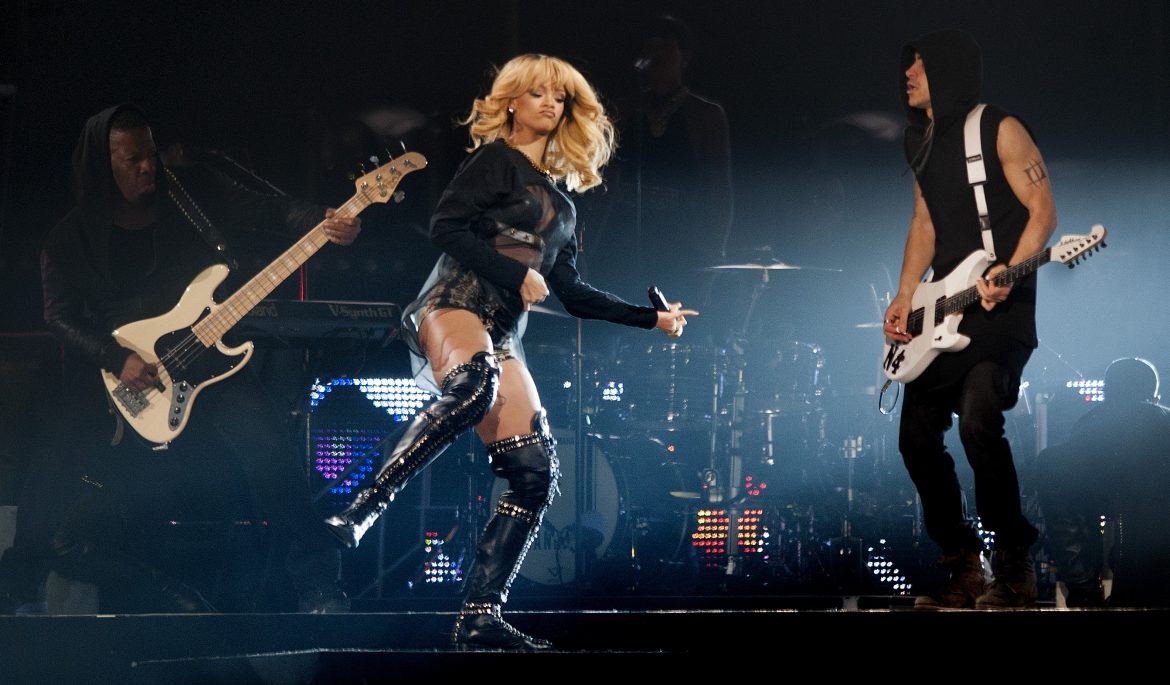 The tour, produced by Live Nation, will kick off in North America on Friday, Feb. 26, 2016 at Viejas Arena in San Diego, CA with nearly 40 shows lined up in New York City, Los Angeles, Toronto, Chicago, Vancouver, Washington DC and more. Samsung is the presenting partner on the North American leg of the tour, while PUMA is a supporting partner.

Rihanna has become a modern music, entertainment and fashion icon. As an accomplished performer, she has sold 54 million albums and 210 million digital tracks worldwide making her the top-selling digital artist of all time. She’s released 7 albums in 7 years, achieved 13 Number One singles and won 8 Grammy Awards. She is the most viewed artist on Vevo/YouTube with over 7 billion views and 23 Vevo certified videos, the most of any artist.  She is also one of the biggest artists on Facebook with over 81 million friends.

In addition, she’s successfully launched six fragrances, two capsule collections with Armani, as well as four River Island collections and is currently the spokesperson for MAC & Viva Glam and the new face of Dior’s “Secret Garden” campaign. Rihanna is PUMA’s global ambassador for Women’s Training and now serves as the Creative Director, bringing her styling sensibilities and innovation to PUMA’s collections. As of July 2015, Rihanna will also serve as Contributing Creative Director and Punk & Poet brand ambassador for Stance.

The Weeknd’s path to Beauty Behind The Madness has defied all conventions. He avoided revealing his face until over a year after he released his very first song online. The story itself is now legendary. In 2011, he released an untouchable series of three critically revered free mixtapes — House of Balloons, Thursday and Echoes of Silence — and the internet exploded with praise and a whole lot of theories about him as he personally remained silent.

Soon though, his reach and appeal exponentially expanded. He teamed up with Ariana Grande for the platinum-selling hit “Love Me Harder.” He then had the mainstream completely in his grip with the release of “Earned It (Fifty Shades of Grey)” in early 2015. The first release from the chart-dominating, platinum Fifty Shades of Grey Original Motion Picture soundtrack became a triple-platinum smash that enjoyed 27 weeks on Billboard’s Hot 100. “Can’t Feel My Face” formally ushered in Beauty Behind The Madness.

The song quickly shot to #1 on iTunes worldwide and within weeks, it reached #1 on the Billboard Hot 100. Beauty Behind The Madness went gold just two weeks after being released.

In addition, “The Hills” has officially been certified 5x platinum as recognized by the RIAA. The Weeknd has also become a touring force. The 2014 King Of The Fall Tour sold out all dates as did the 2015 The Madness Fall Tour and since then, The Weeknd’s festival appearances, including Coachella, Lollapalooza and HARD Summer, have drawn massive crowds.