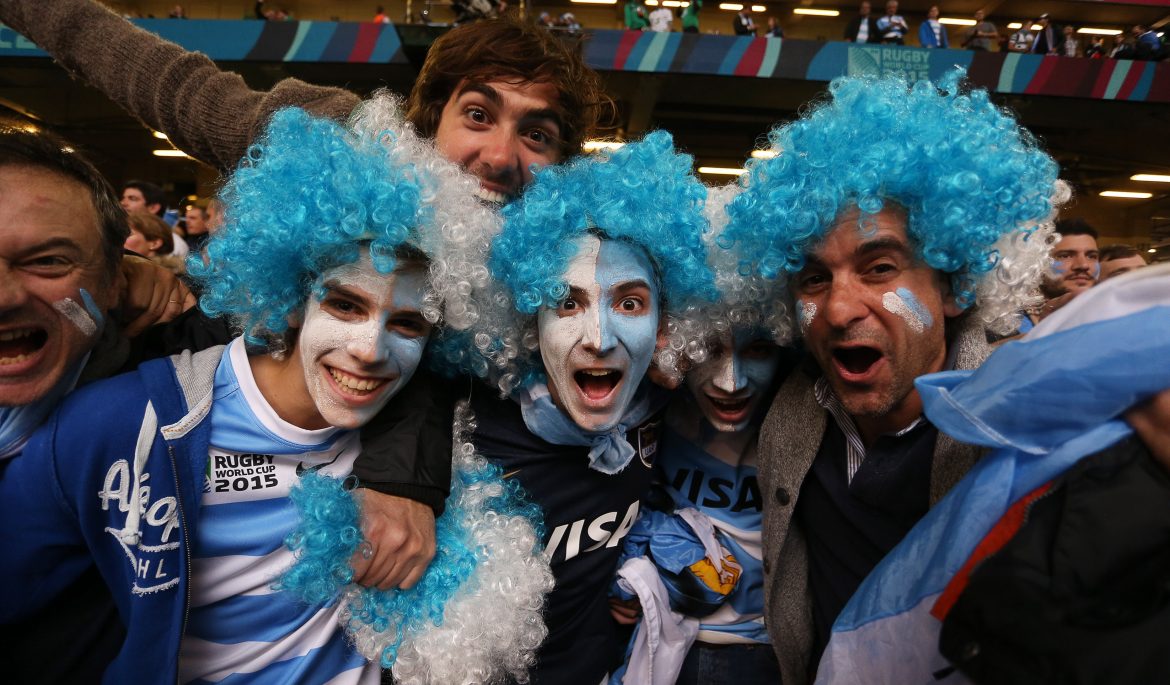 Fans from all over the world made the journey to Cardiff in 2015 as the Millennium Stadium played host to the biggest ever Rugby World Cup.

With rugby fever taking over the Welsh capital, the total attendance at the home of Welsh sport reached 564,524 across eight matches, which included two quarter finals.

As well as over half a million fans being able to say ‘I was there’ at the home of Welsh rugby, many hundreds of thousands of visitors flocked to Wales’ capital city.

The number of international fans travelling to the UK for the tournament was estimated at 500,000. The average following per nation was calculated at 76,364.

Welsh fans represented the highest number of RWC ticket-holders, with a whopping 305,455 turning out to support the national team at RWC 2015 pool stages.

Wales’ campaign got underway on home turf with an emphatic 54-9 win over Uruguay in a historic first ever match between the two sides on Sunday 20 September.

Welsh celebration ensued all over the capital, with the official fanzone reaching its 10,000 capacity within the first couple of hours of opening its doors.

In the city centre, rugby supporters watched from the various bars alongside a strong Irish and Canadian contingent who had cheered on their respective teams in the opening Millennium Stadium match on the previous evening.

Before a ball had been kicked, the event was pitched as a career high for many of the Uruguay team as they summed up the hype around the Tournament in Cardiff.

Here’s what they said ahead of the match:

Uruguay’s Germán Kessler, on how he felt preparing to play in the Millennium Stadium against Wales, said:
“I love this atmosphere, where you breathe rugby, and being here doing what I like to do. It’s going to be great. It’s going to be a great experience, although we also know it’s going to be tough.”

“Rugby is something else here, so it’s going to be fabulous,” said Uruguay’s Manuel Blengio.

“For me it is a dream come true, the result of all of the effort that we have put in to qualify, to be in Wales to play at that stadium,” said Carlos Arboleya.

Felipe Berchesi added: “Since I was a child I have dreamed of playing that stadium. I admire the Welsh as rugby players and the Millennium Stadium is the summit of the rugby world. It is overwhelming for me.

“It’s a once-in-a-lifetime experience. I am a rugby freak, I watch it 24/7, and I love to see the Welsh singing, it’s iconic, the stadium, the whole environment. I am a huge fan of Welsh players such as Jamie Roberts and Scott Williams.”

Two-time World Champions New Zealand were also in action at the Millennium; recording a 43-10 win over Georgia in the pool stages and beating France 62 – 13 in a dramatic quarter final.

Likewise, their star players were full of praise for Wales’ national stadium.

All Blacks captain Richie McCaw said: “It’s one of the great places to play Test rugby and the atmosphere is among the best I have experienced over the years.

“Every time I’ve been here it seems to have been full and the Millennium Stadium is right up there as one of my favourite Test match venues.”

World Rugby Player of the Year Dan Carter commented: “The Millennium Stadium is an amazing stadium and probably my favourite to play at in the world."