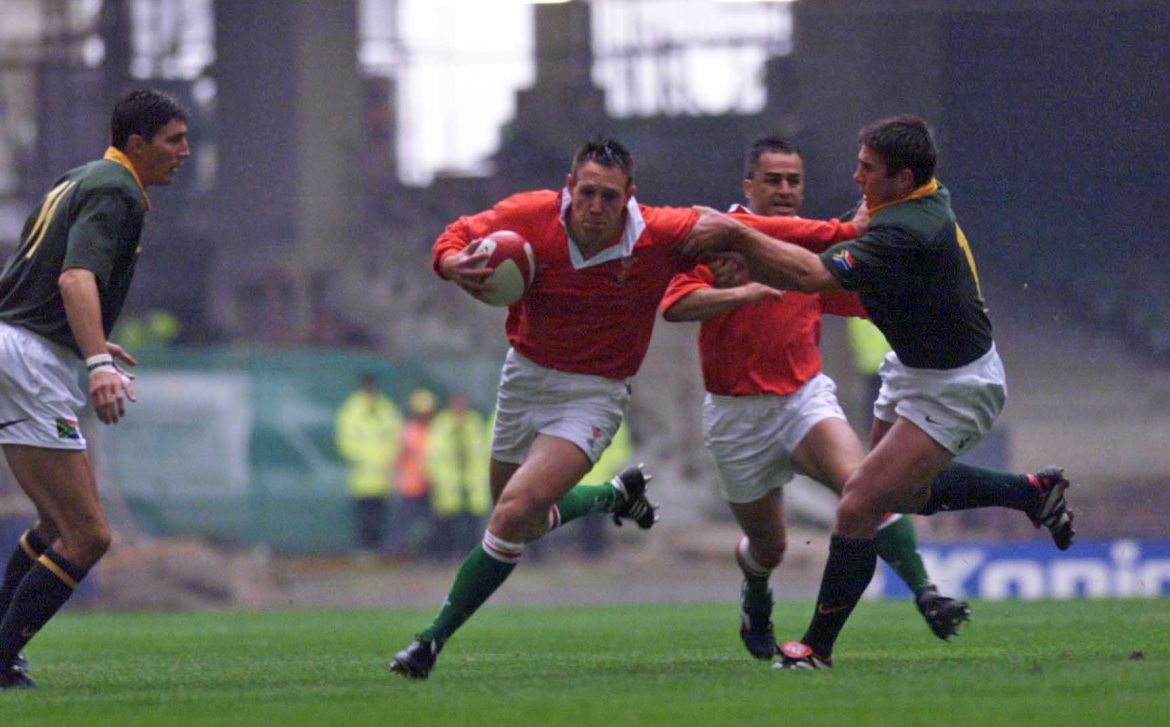 Today marks 16 years since the Millennium Stadium first opened its doors to the public for an historic Welsh rugby win over South Africa on 26 June 1999.

The stadium, which is owned and operated by the Welsh Rugby Union, has built up a portfolio of fantastic Millennium memories since that famous day and this past year is no exception.

The season kicked off with a landmark unveiling of a new hybrid pitch system, 12 months ahead of Rugby World Cup 2015 which brings eight matches including two quarter finals to Cardiff.

The Desso installation, which intertwines grass turf with millions of artificial fibres, has improved the quality of the playing surface in line with the most advanced sports stadia and enhanced the stadium's world-wide reputation as a multi-event arena.

The £3.1 million investment, supported by Welsh Government, also featured enhanced pitch-side technology for broadcasters and a Terraplas pitch covering for events such as concerts and motorsports.

The new turf provided the perfect stage for Wales' World Cup preparations on which Warren Gatland's men conjured up the Millennium magic to record a second Welsh win against the Springboks in 108 years with a grand finale to the 2014 Dove Men Series.

Wales also overturned Ireland in front of a sell-out home crowd in the RBS 6 Nations championship, despite losing out to England, and went on to secure an emphatic 41-point win over Italy in Rome.

As Welsh rugby fever gripped the nation, a record number of regional rugby fans voted with their feet for Judgement Day III on Wales' hallowed turf in April. The event, featuring Cardiff Blues, Newport Gwent Dragons, Ospreys and Scarlets, was hailed as the greatest yet by WRU and regional stakeholders.

A further 14 rugby matches were played on the hybrid pitch to round off the 2014 season. Players representing schools, colleges, clubs and youth teams all came together to follow in the footsteps of their Wales heroes; with SWALEC Finals Day, the showpiece event of the community club game, providing a triple-whammy on the first bank holiday in May.

In June, the world's biggest pop band One Direction were the first to test out the new pitch covering, made up of 8,678 Terraplas tiles and measuring 10,500 square metres, when over 100,000 dancing fans flocked to Cardiff for two consecutive concerts.

Days later the venue was given a royal stamp of approval, when Her Majesty the Queen presented New Colours to The Royal Welsh in front 6,000 of the Regiment's friends and family at the stadium.

Also squeezing in on the action over the past year is the annual 'no breaks, no gears' Speedway extravaganza, with a full practice session already getting underway this week to whet the appetite of the riders ahead of the main event coming up on Saturday 4 July.

Millennium Stadium in Numbers 1-16:
#1 – The Stadium is the top visitor attraction in Cardiff according to travel website Tripadvisor
#2 – It is the second largest stadium in the world with a fully retractable roof
#3 and #4 – Wales has won three Grand Slams and four Six Nations titles at the Millennium Stadium
#5 – The city-centre venue has hosted five Heineken Cup finals, including the last under ERC in 2013
#6 – More than six million rugby supporters have cheered on Wales at the Millennium Stadium
#7 – The venue hosted the Wales leg of the IRB 7s Series in June 2001
#8 – The home of Welsh rugby will host eight matches during Rugby World Cup 2015, including Wales' pool matches against Uruguay and Fiji and two quarter finals
#9 – Nine rugby nations will play Rugby World Cup 2015 pool matches at Millennium Stadium; Wales, Uruguay, Fiji, Australia, New Zealand, Georgia, Ireland, Canada and France
#10 – 10 was the points difference when Wales secured their first ever victory against South Africa on this day in 1999
#11 – 11 Olympic football matches were played at the Millennium Stadium during London 2012
#12 – London 2012 kicked off in Cardiff with a women's Olympic football match ahead of any other Olympic event and two days before the Opening Ceremony.
#13 – 13 was the number on Mark Taylor's back when he scored the first try at Millennium Stadium
#14 – Speedway has staged its annual event at the venue 14 times, with the upcoming event coming to Cardiff on Saturday 4 July
#15 – There's 15 public bars at the Millennium Stadium which serve up around 60,000 pints at rugby internationals
#16 – The Millennium Stadium celebrates its 16th Anniversary today