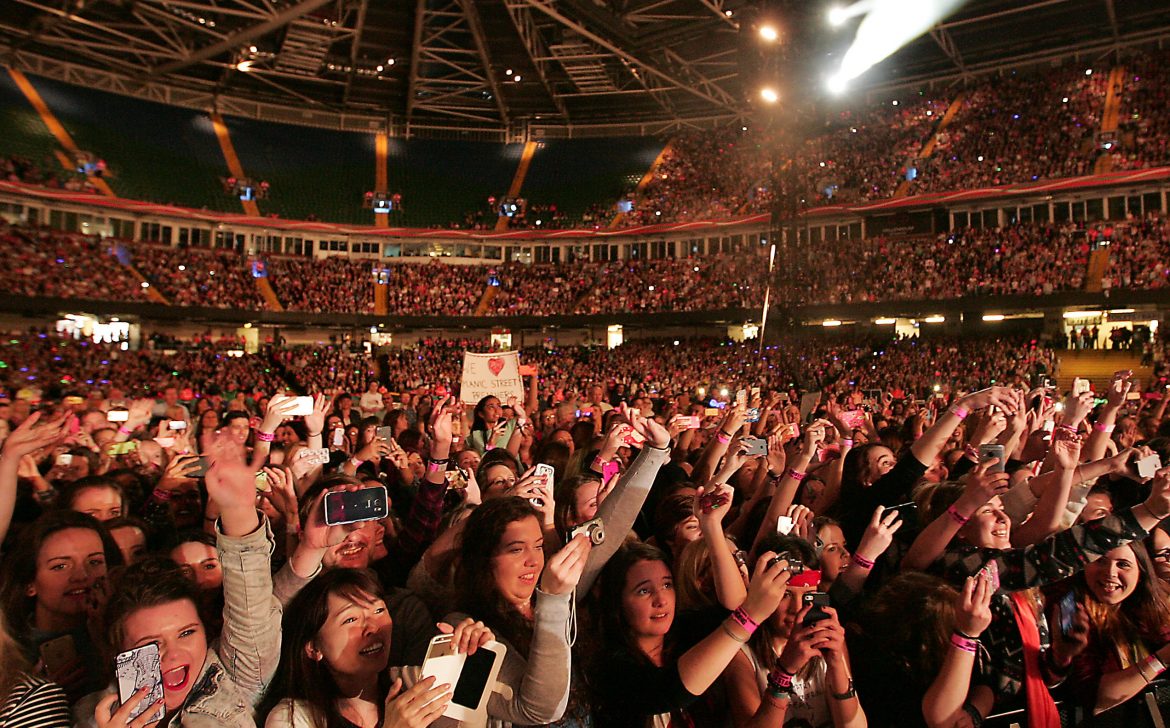 One Direction kick off tour in Cardiff

One Direction kicked off their UK tour in style in front of a sell-out crowd at what Niall called the ‘world’s best rugby stadium’ this evening.

The ‘On the Road Again Tour 2015’ plays Cardiff over two nights this weekend, with a further 60,000 fans expected to return to the city-centre venue tomorrow.

And fans can expect a party atmosphere like no other including a pop-punktastic warm up from six-piece Busted and McFly supergroup McBusted before the main act take the stage.

As well as songs from ‘FOUR’ – their biggest selling album yet – the band treated the crowd to upcoming releases as well as their much-loved hits.

The show opened on the main stage with ‘Clouds’ with the band getting closer to the fans during ‘Steal my Girl’ and reaching the centre of the stadium for ‘Little Black Dress’.

The stadium dates give fans the first chance to catch 1D on British soil, months before the UK tour goes on the road in September, and the visitors had travelled from far and wide judging by the different flags in the audience.

Asked to sum up the Cardiff crowd in just seven words, One Direction’s Liam said “Tonight Cardiff is absolutely electrifying beyond words.”

Harry Styles also gave a ‘massive, massive thank you’ to the fans their continued support during five years of One Direction.

Styles led the crowd into ‘Little Things’, as around 60,000 fans before him held up their mobile phones as lights above their heads and joined in when invited to finish the song.

Shortly after, back at the tip of the stage in the middle of the arena, the fab four-piece sang ‘Diana’ while being lifted on the top of a giant cube with impress lasers.

And it wasn’t long before the fans’ hands were in the air again, clapping and singing along to ‘What Makes You Beautiful’ and what appeared to be the final song, ‘Story of my Life’.

But it wasn’t the end as the boys returned back on stage for a crowd-pleasing encore of three tunes ‘You and I’, ‘Little White Lies’ and ‘Best Song Ever’.

“See you tomorrow” said the lads as they took time to thank the Cardiff crowd with a dramatic finale of more lasers and impressive pyros to signal the end of a great show, until tomorrow…