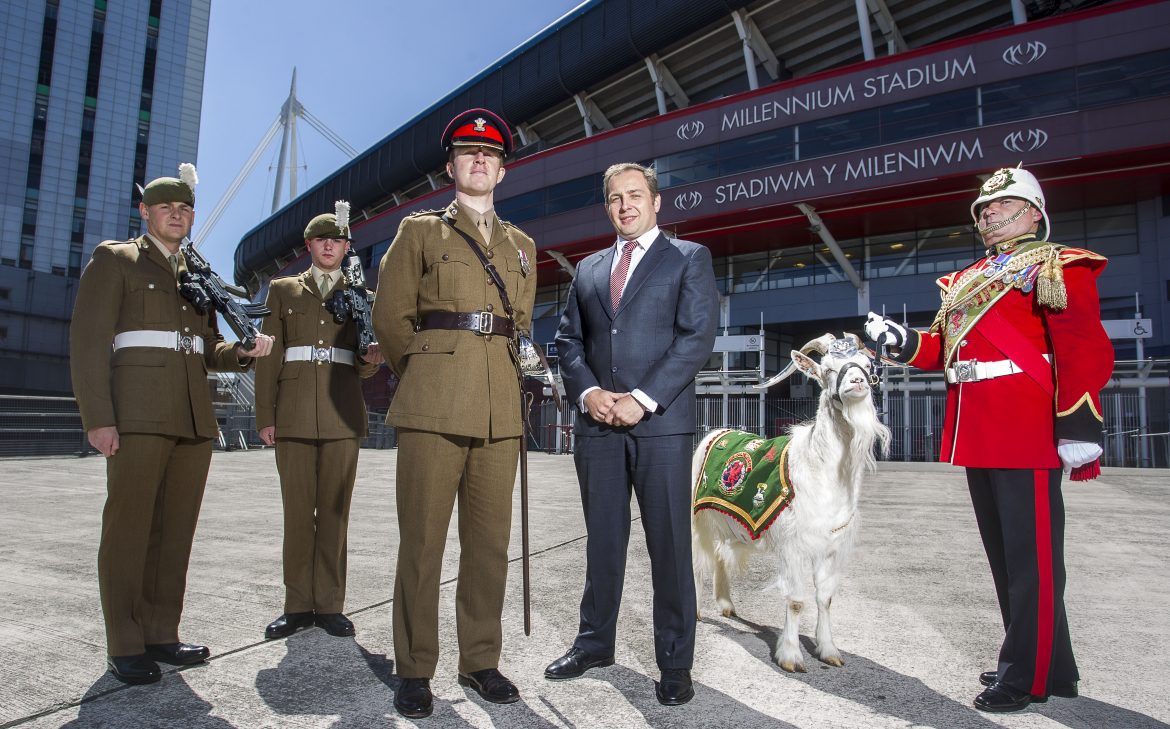 The Royal Welsh will have the honour of receiving new Colours from Her Majesty The Queen, their Colonel-in-Chief, at the Millennium Stadium on Thursday 11 June 2015.

The ceremony will be the final formal recognition of The Royal Welsh who were formed in 2006 – following the merger of two Welsh Regiments, The Royal Welch Fusiliers and the Royal Regiment of Wales.

The Regiment has served recently in both Iraq and Afghanistan.

The event at the home of Welsh rugby invites members of the public from across Wales and the UK to attend and watch the parade.