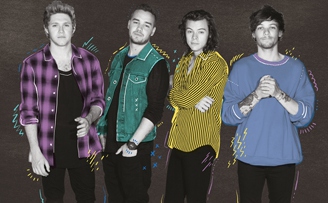 Final countdown for One Direction concert

The final countdown is on for the One Direction concerts in Cardiff, with just one day to go until the hugely-anticipated On the Road Again Tour reaches the Millennium Stadium.

The boy band will kick off the UK leg of their Tour, supported by ‘special guests’ pop-punk supergroup McBusted, with two massive stadium gigs on Friday 5 and Saturday 6 June.

The Tour is set to be one of the biggest-ever pop gatherings at the multi-event venue attracting over 100,000 concert-goers over two nights.

Preparations are well underway at the stadium, as operational staff make their final arrangements in the last 24 hours before the first gig.

As the countdown continues, the maintenance team will make their final checks across 70,000 seats after removing around 5,000 seats to comply with the appropriate safety evacuation procedures while the stadium is in arena configuration.

Cleaners will be deployed across 700 toilet cubicles in 115 blocks, only 12 of which assigned to ‘men’ on Friday and Saturday evening due to the predominantly female crowd expected.

At each event, over 700 safety and security stewards will be on duty as well as a further 500 catering staff to service the food and beverage outlets.

After each show an additional 150 cleaners will clock in to restore the stadium to tip top condition ahead of the next big event.

The One Direction concert will be the first event to utilise the stadium’s new pitch covering system, having loaded in their staging rig under the stadium’s retractable roof.

The new flooring, with 8678 tiles and measuring 10500 square metres, will provide a protective cover for the pitch during the summer season.

The stadium has already welcomed some of the world’s biggest pop acts in Take That and Robbie Williams for back-to-back live music shows.

In the weeks leading up to the upcoming concerts, Millennium Stadium Manager Mark Williams has warned One Direction fans of the need for proper planning and preparation ahead for the events.

“As with all Millennium Stadium events, preparation and planning in advance of the gig will help to make the occasion run smoothly and avoid unnecessary difficulty before, during or after the concert.

“Fans are reminded to check the advice sent out with their tickets and made available online at millenniumstadium.com in relation to key information such as charging mobile phones, public transport, dedicated meeting points and prohibited items.”

General information, advice and easy-to-use maps can be accessed via the website: www.millenniumstadium.com/events/32145.php and by following Millennium Stadium on Twitter: @millenniumstad