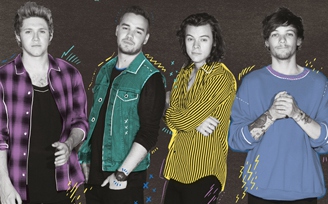 One Direction fans advised to plan ahead

Fans heading to the Millennium Stadium to see the One Direction concerts next weekend have been warned to make contingency travel plans ahead of a planned Network Rail strike.

Should the action go ahead rail services throughout the UK will be severely impacted and the rail company has also confirmed that, even without the strike, planned night time Network Rail improvements will cause disruption to train services.

“Our key message to fans is to ask them to make relevant contingency plans regarding travel to and from Cardiff.  There is a raft of information available on our website which gives full details of road closures and safe and stewarded meeting points and car pick up points around the city.

“These dedicated meeting points and vehicle pick up points are in place to help concert goers re-unite with family and friends after the concert, which is scheduled to finish at 10.20pm each night.

“There are also Park & Ride services available around the City and it is important to note that there is no parking available at the venue itself.

“We would like to remind fans that there will be no facility for overnight camping around the Millennium Stadium grounds and strongly encourage concert goers to make alternative arrangements for overnight stays.

“Overnight queuing is also not permitted and fans should note that the Millennium Stadium turn-styles and access points are not in covered areas and so should dress appropriately.”

Important Information from Arriva Trains Wales:
Arriva Trains Wales sincerely regrets that members of the RMT Union that work for track and infrastructure operator Network Rail have announced that they intend to take industrial action as follows:

From 17:00 on Thursday 4 June until 16:59 on Friday 5 June.
Between 00:01 Saturday 6 June and 23:59 Friday 12 June RMT members will not work any overtime which will also impact normal train services and timetables.

Should this industrial action go ahead, rail services throughout the UK will be severely impacted, which will affect customers intending to use trains to travel to and from concerts in Cardiff on the 5th and 6th June.
For more information see www.arrivatrainswales.co.uk/industrialaction   Please check this page regularly as information will be published here as soon as it becomes available.

Arriva Trains Wales strongly advise the public to plan for alternative forms of transport.  Travelling to Cardiff by all public transport and on the national/local road network will be extremely busy with very limited parking available in Cardiff City centre. Road closures in central Cardiff around the castle & Millennium Stadium will also be in effect due to these events. Please allow plenty of extra time for all journeys to and from Cardiff on this date. ‎

Should the industrial action not proceed, due to improvement work by Network Rail, there will still be some important changes to normal rail services on the Arriva Train Wales network.  In addition the usual customer safety provisions of a managed queuing system will be in place at Cardiff Central Station.  Further information is as follows:

On Friday 5 June and Saturday 6 June, after the events, there will be NO Cross Country Services to Birmingham, NO First Great Western Services to London and NO Arriva Trains Wales services to North Wales.
The last train service after the event with a connecting bus service from Pontypridd to Treherbert is the 22:46

Cardiff Central to Pontypridd
Cardiff Queen Street Station will close at 9:15pm On Saturday 6 June due to planned night time Network Rail improvement works:
Arriva Trains Wales and First Great Western late night services after the event to Swansea will be VERY limited with no additional services.
There will be NO First Great Western Services to Bristol after 22:00.
There will be NO Arriva Trains Wales services to Cheltenham after the event, Cheltenham services will terminate at Gloucester.

A rail replacement bus service will be running between Ystrad Mynach and Rhymney all day on Saturday 6 June calling at Hengoed, Pengam, Gilfach Fargoed, Bargoed, Brithdir, Tir-Phil, Pontlottyn and Rhymney.  The last train service after the event with a connecting bus service from Ystrad Mynach to Rhymney is the 22:35 Cardiff Central to Ystrad Mynach.

Cardiff Queen StreetStation will close at 9:15pm General Advice to Customers
Queue plans for the usual customer safety arrangements at Cardiff Central Station will be available on this page shortly.

Please dress appropriately for the weather as outdoor queueing arrangements at Cardiff Central Station (for your safety) will be in place prior to boarding all trains after the concerts.  Please familiarise yourself with your queue plan in advance.

Plan your travel in advance as trains into Cardiff will be busy on both days especially in the afternoon and evening. Please be aware that you may have to stand during some or all of your journey.

Concert goers are urged to return to Cardiff Central Station, straight after the events have finished at approximately 22:15.  There will be some extra capacity and services but this will be extremely limited.

Customers not travelling to the events are strongly advised to travel at alternative times to avoid lengthy queues and very busy trains.There will be some amendments to the early morning timetable on the Cardiff and Valleys lines on Saturday 6 June due to the late night running of our services on Friday 5 June. Click here for further details