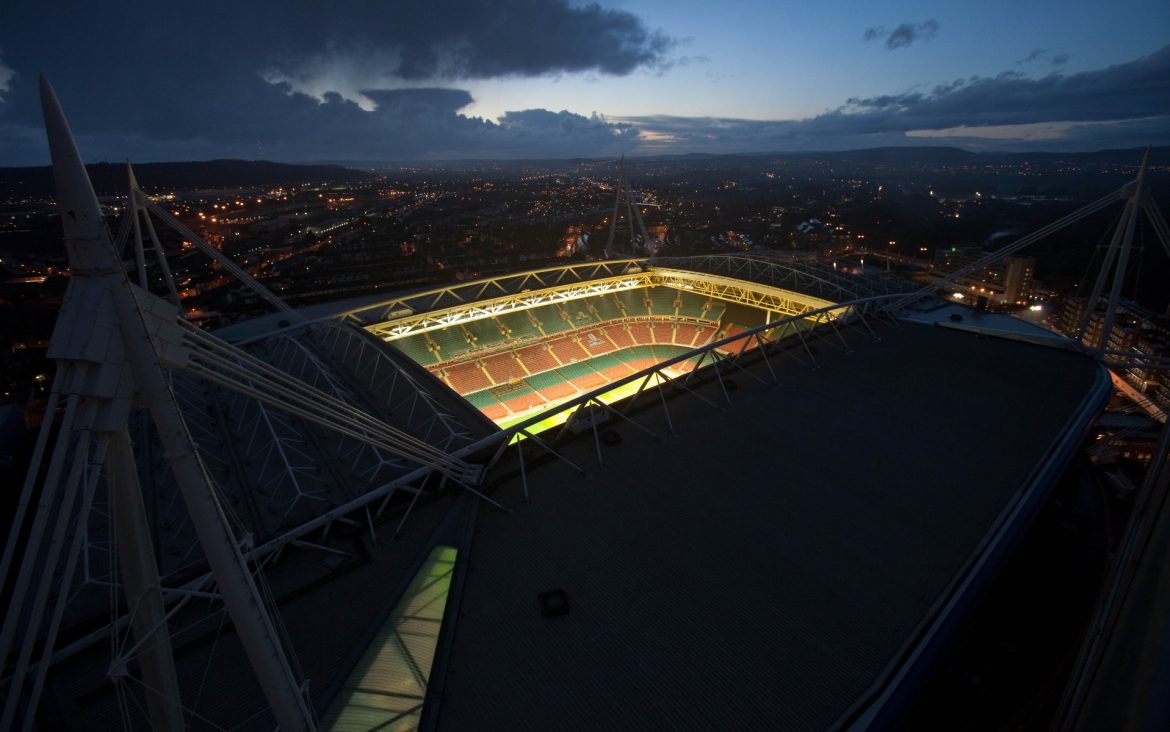 FANS TO VOTE ON ROOF FOR JD III

The decision on closing the Millennium Stadium’s famous roof on Saturday for Judgement Day III will be put to a public vote in an unprecedented move by event organisers.

The host regions for the Guinness Pro12 back-to-back derby day, the Newport Gwent Dragons and Cardiff Blues, in consultation with the away teams, the Ospreys and the Scarlets, have agreed to ‘go to the polls’ to ask supporters what they prefer to do with the national ground’s retractable roof.

Always a talking point, the roof situation seems to grip the imagination of the watching public every time a major event comes to town. Debates raged as recently as this year’s RBS Six Nation’s Championship with visiting coaches expressing differing viewpoints on closure to the home side.

The roof question is always resolved by the event owner, in the Six Nations example the roof simply remains open unless both sides agree to close it, as decreed by the six nations committee. At the Rugby World Cup later this year, when the Millennium Stadium hosts eight matches – including two Wales games – the solution is equally simple with England 2015 having decided that Welsh rugby’s crowning cover will remain in place throughout a given match-day.

But, in a topical move at election time, the four regions, Pro Rugby Wales and the Welsh Rugby Union are joining together to host an online poll ahead of Judgement Day III, leaving it to the fans to decide whether or not to engage the famous ceiling or see play pan out in the open air.

The poll will close at 9am on Friday and the fans’ decision on roof closure will be made public on Friday afternoon.

“It’s not a question that is an issue in any other ground we play in and it is not something that perplexes the players too strongly, but it is always a fascinating debating point for the fans so we have agreed to leave it to them,” said Blues attack coach Paul John.

“The fans will be a huge part of the match-day experience on Saturday, they will have travelled to Cardiff in their tens of thousands to support regional rugby and much of the atmosphere in the ground will be dependent on their mood.

“Now they can also have a direct impact by making the decision on what we do with the roof and we await news of the results of the poll with great interest.”

“It will be fascinating to see which way the fans go,” said Dragons head coach Kingsley Jones.

“We know the atmosphere is going to be electric in there on Saturday with upwards of 50,000 fans in full voice.

“That’s a magnificent crowd for a Guinness Pro12 match at it breaks all of the regional records for a rugby match in Wales.

“From the team’s perspective, they will still know in advance what the situation with the roof will be and so will be able to prepare properly, so it’s just a case of waiting to see know what the supporters decide.”

Cardiff Blues take on the Ospreys (KO 2.30pm) and the Newport Gwent Dragons take on the Scarlets (4.45pm) in the third Guinness PRO 12 double-header to be held in the Welsh capital.

Millennium Stadium manager Mark Williams is encouraging any fans of regional rugby who have yet to commit to the £10 per head ticket, to follow suit with Gatland and get their tickets early to avoid the large walk-up crowds expected on the day.

“We are expecting a few thousand fans to march on the Millennium Stadium on Saturday afternoon looking to pick up tickets,” said Williams.

“That’s great news for the event and it shows how Judgement Day has really captured the imagination this year.

“We have the capacity to cope with that kind of demand, but we would like to strongly advise fans who want to avoid the queues to buy their tickets in advance or use the ‘print-at-home’ service which we provide online right up to match-day.”

Whilst the results of the poll will be fully respected, fans are advised that event organisers will be obligated to close the roof on Saturday, in consultation with all parties, if unusually inclement weather should threaten to negatively influence the player or spectator experience.

Tickets are available at a new price for 2015 of just £10 from WRU.wales/tickets, where the ‘print-at-home’ option is available, the WRU ticket office on Westgate Street, each of the four regions (see below for full details), at local Tesco stores or by calling ticketmaster on 0844 847 1881.