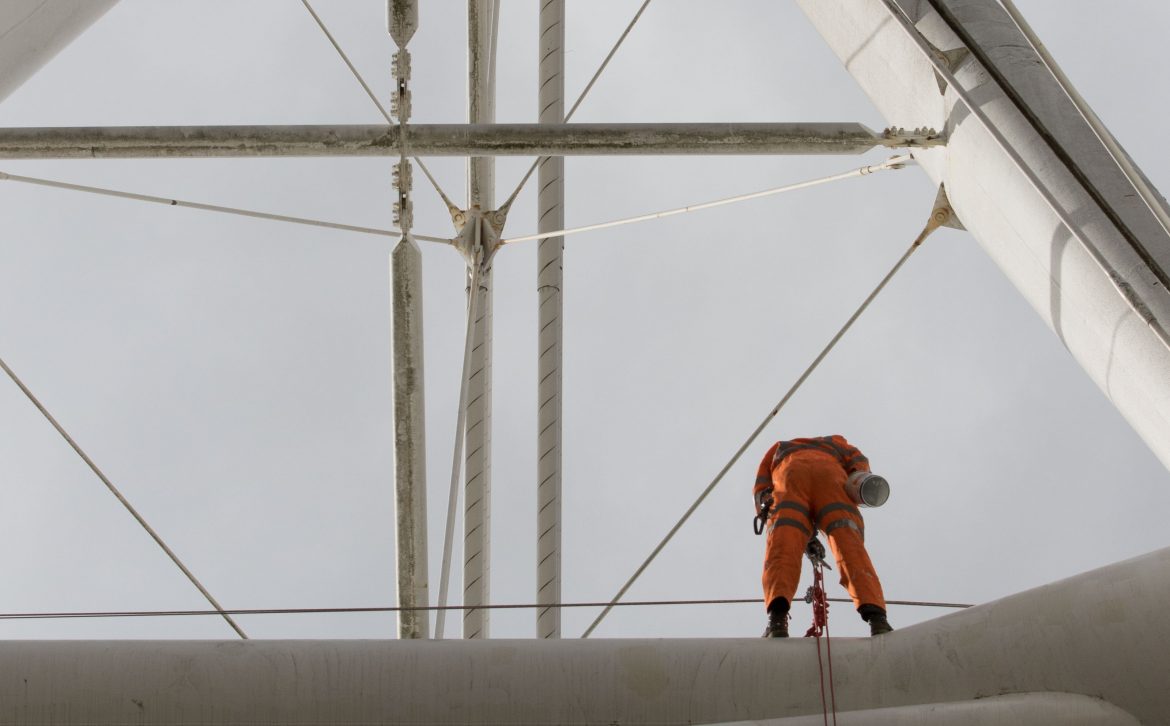 High hopes ahead of World Cup

Millennium Stadium workers are at the height of an annual ‘spring clean’ in readiness for eight games of Rugby World Cup 2015 and two Wales Dove Men Test matches from this summer.

The stadium’s designated abseiling painters have taken to the ropes to start work on the four iconic masts as preparations continue for rugby’s greatest Tournament.

While safely attached to the masts, they will set about jet washing and applying three coats, 120 litres, of paint to ensure Cardiff’s skyline is looking its very best when the eyes of the world are on Wales.

The scheduled maintenance is expected to last up to six weeks, in advance of the Dove Men Tests against Ireland (8 August) and Italy (5 September).

Wales also face Uruguay and Fiji on home turf in the RWC 2015 pool stages. Two quarter final matches are also among the eight Millennium Stadium games, just a stone’s throw away from the Official Fanzone at Cardiff Arms Park.

A Millennium Stadium spokesperson commented: “Every year we carry out routine maintenance to the stadium’s four giant masts and with the help of our abseiling painters we are confident that the stadium will be looking its very best when the eyes of the world are fixed on Wales for Rugby World Cup 2015.”

As the countdown continues to RWC 2015, there is plenty more rugby at the Millennium Stadium with Judgement Day III on Saturday 25 April, SSE Swalec Finals Day on Sunday 3 May and 11 rugby matches across the schools, colleges, clubs and youth game over the next five weeks.

Other stadium events include One Direction in concert for two nights from Friday 5 June and Speedway Grand Prix on Saturday 4 July.