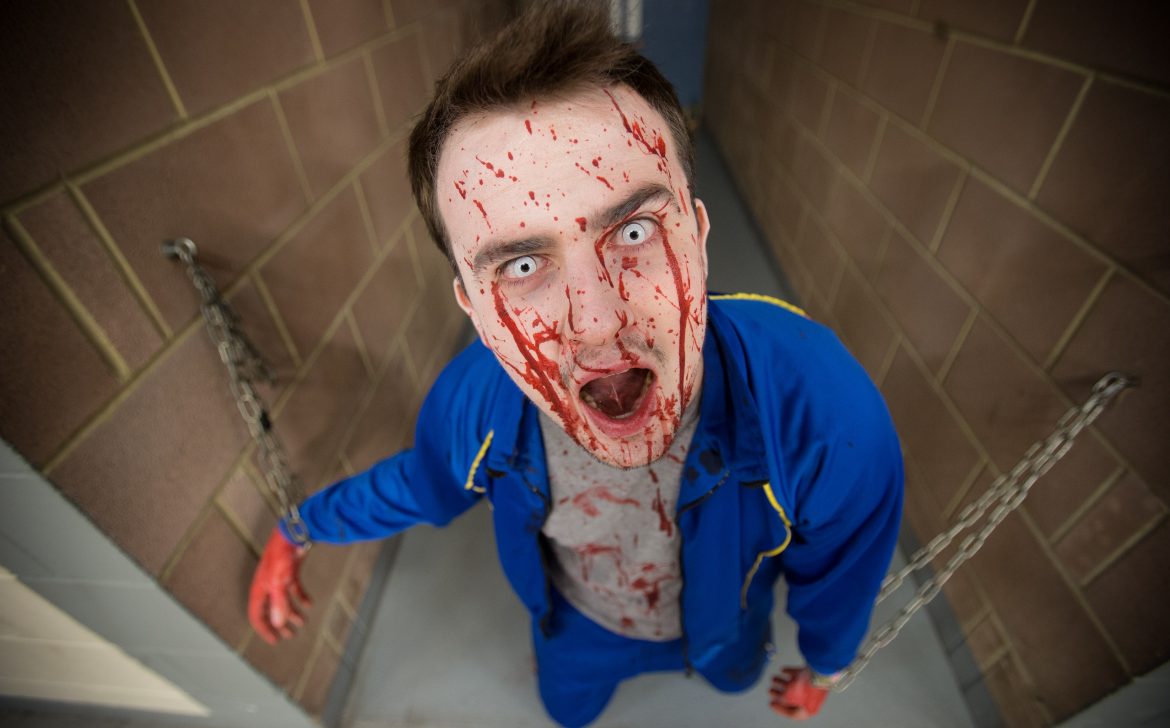 The Millennium Stadium confirmed its status as the stadium that never sleeps over the weekend, as zombies took over the venue for a unique event on Friday and Saturday evening.

Just days after Wales ended their RBS 6 Nations campaign with a record-breaking win over Italy, the iconic rugby stadium became a zombie hunting-ground for the biggest and goriest urban zombie chase in Cardiff.

Organisers of the ‘2.8 Hours Later’ event brought in professional actors and volunteers zombies to greet hundreds of thrill-seeking participants taking part in a race around the stadium’s public concourses after dark.

The event will be added to an eclectic list of around 400 outstanding occasions at the multi-event venue which is set to include two One Direction concerts in June and the 15th Speedway Grand Prix at the Millennium Stadium on Saturday 4 July.

From next month, a more-familiar Millennium Stadium audience is expected to descend on the venue again as the WRU hosts 16 rugby matches before the pitch is covered for the summer season.

Rugby players representing all levels of the game in Wales, from schools, colleges, clubs, youth and regions, will follow in the footsteps of Wales’ heroes Sam Warburton, Leigh Halfpenny and Alun Wyn Jones.

Aspiring players, both boys and girls, from schools and colleges will come together at the iconic sporting arena as well as teams from Welsh Districts and Youth leagues across a series of single, double and triple headers in April.

The showpiece event of the community club game, SWALEC Finals day, is also in the stadium’s diary for Sunday 3 May, following a nail-biting Semi-Final Draw this afternoon (Tuesday 31 March).

Warburton and co are also set to return to the hallow turf for the hugely-anticipated Judgement Day III on Saturday 25 April.

In a classic battle of East v West, Cardiff Blues face the Ospreys and Newport Gwent Dragons take on the Scarlets in the GUINNESS Pro12 competition.

The stadium will also host 15 community events this summer – inviting local charity and community organisations to bring their events to the iconic venue without the hire charge borne by commercial organisations.

Later this year, the eyes of the rugby world will be watching Wales’ World Cup warm ups against Ireland (8 August) and Italy (5 September) and eight matches of Rugby World Cup 2015 action from September.

Additionally the stadium welcomes over 60,000 guests through its doors per annum for the popular Millennium Stadium Tours which run daily 10am -5pm. On select dates throughout the season, the WRU runs ‘Rugby Legends Tours’ where fans get exclusive behind-the-scenes access guided by their Welsh rugby Heroes.