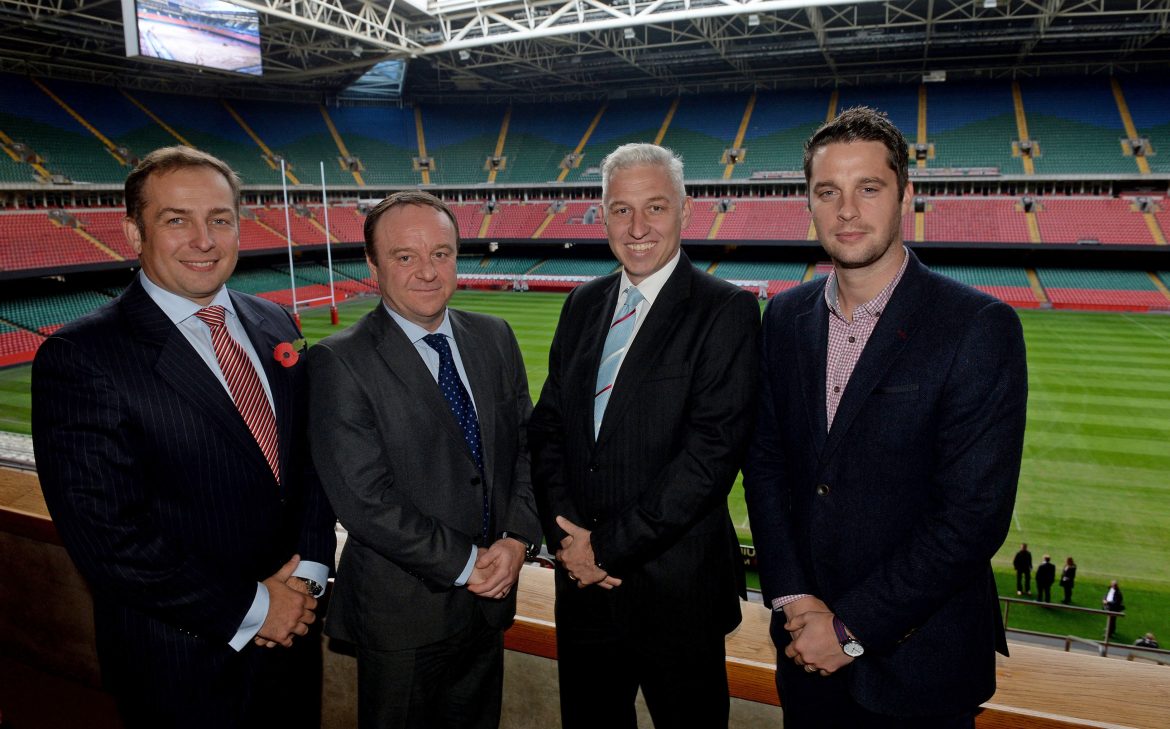 The Welsh Rugby Union Group (WRU Group) and Compass Group UK & Ireland have created a new hospitality company that will provide high-quality catering, conferencing and hospitality services for visitors to the home of Welsh rugby.

The new company, known as Millennium Stadium Experience Limited (MSEL), combines the expertise of WRU Official Hospitality and the WRU’s long-serving caterers, Levy Restaurants UK, the sports, leisure and hospitality division of Compass Group UK & Ireland. MSEL is owned 83.5% by the WRU Group and 16.5% by Compass Group UK & Ireland and is based at the revamped hospitality headquarters inside the Millennium Stadium.

On the Board of MSEL, the WRU Group is represented by Group Finance Director Steve Phillips, Head of Sales and Marketing Craig Maxwell and Millennium Stadium Manager Mark Williams and from Compass Group UK & Ireland, Finance Director, Paul Galvin.

Steve Phillips, Chairman of MSEL, said: “I am delighted that we were able to conclude the MSEL deal with Compass Group UK & Ireland with a view to further enhance both the hospitality and the catering offering at the Millennium Stadium. This is an exciting venture for all involved as we work together to deliver an exceptional service for our guests while establishing a sound business strategy for the future.”

Ahead of Wales’ RBS 6 Nations match against Ireland on Saturday (14 March), a new General Manager of MSEL, Craig Walsh, has been appointed bringing a wealth of hospitality and catering experience to the role.

Craig worked at the Millennium Stadium in the early days when he moved to Cardiff from South Africa in 2000 to join Compass Group UK & Ireland, one year after the stadium first opened to host the 1999 Rugby World Cup.

He returns to join MSEL following seven years at Cardiff’s SWALEC Stadium where he was the Hospitality and Commercial Director and was instrumental in establishing an in-house catering service at the leading Test Cricket venue.

Craig is looking forward to the new challenge at the venue which is set to co-host the Rugby World Cup 2015, with eight matches including two of Wales’ pool games and two quarter finals.

“It is fantastic to be back at the Millennium Stadium during such an exciting period and to be part of Millennium Stadium Experience Limited,” he said. “This is the venue that first attracted me to the UK back in 2000 and where I spent an enjoyable seven years before taking up the position at SWALEC Stadium.

“Cardiff has such a fantastic reputation for international sport and I’m proud to say it has become my home. I’ve worked with some great people here and I’m looking forward to working with many of those again as we take on the challenges of 2015 together at what is one of the most respected rugby venues in the world.”

The MSEL team will also be strengthened by experienced managers Tracey Maxwell and Alison Griffiths who lead Sales and Marketing and Operations respectively. The duo has a combined service of over 20 years at the multi-event venue; working over 600 major events such as Rugby World Cup, London 2012 Olympics, FA Cup Finals and concerts from the likes of Madonna, Robbie Williams and U2.

At the heart of MSEL is the shared ethos of good quality and sustainable food and excellent customer service and a wealth of experience of organising the logistics and catering for all Millennium Stadium events.

MSEL is also expected to open up a host of new opportunities for future business growth in the hospitality, conferencing and catering market.

WRU Head of Sales and Marketing Craig Maxwell said: “Millennium Stadium Experience Limited is an exciting venture which builds on the successful 15-year partnership between the WRU Group and the Compass Group UK & Ireland since the Millennium Stadium first opened its doors in 1999.

“The combination of the two existing teams will ensure the venue continues to deliver a top-class service across all major events, which bring in over 770,000 visitors per year, as well as the day-to-day conference and banqueting business which reaches thousands of business and private clients annually

“As we make the final preparations for this weekend’s sell-out RBS 6 Nations match against Ireland, I know that the Millennium Stadium visitors can expect the very best hospitality and catering service.

“With MSEL, we will continue to work together towards a robust and sustainable business plan which will open up opportunity for further commercial growth and deliver an unforgettable and un-rivalled experience whatever the event at Millennium Stadium.”

For Saturday’s sell-out clash with Ireland, upward of 1,000 additional catering and hospitality staff, including 35 professional chefs, will join the MSEL team to serve the 74,500 crowd across 54 public food and beverage units outlets and 123 VIP suites.