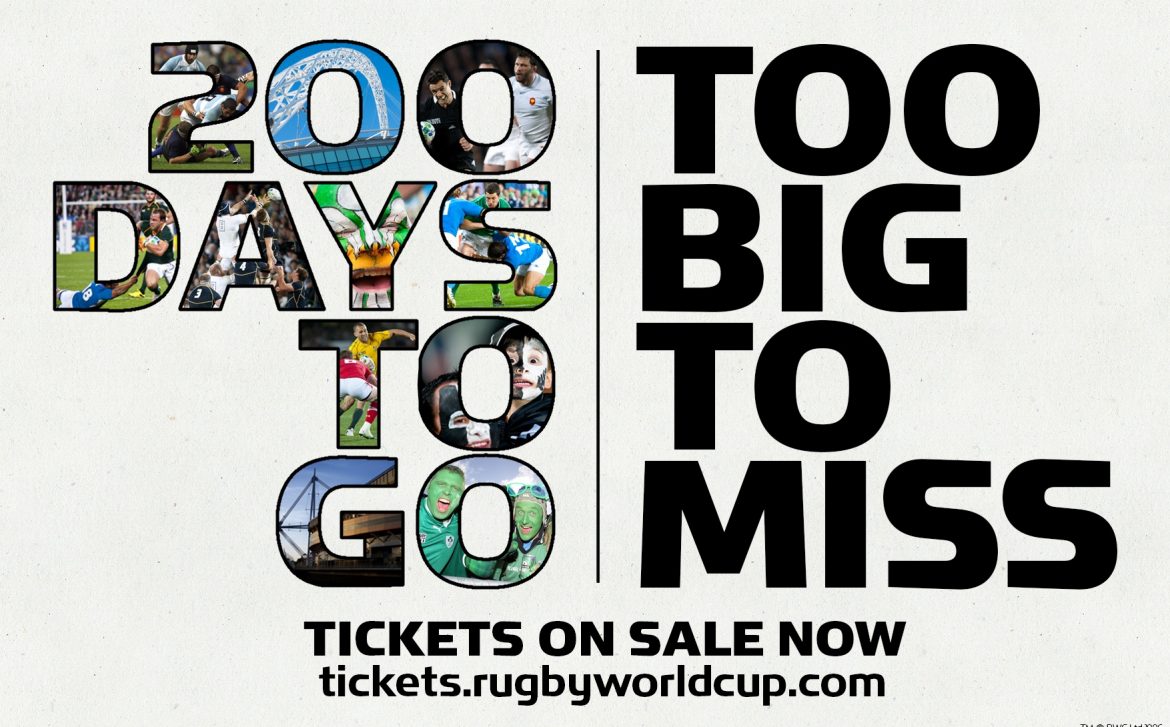 Warren Gatland’s Wales kept their Six Nations dreams alive with a thrilling 20-13 victory at the Stade de France on Saturday and so preparations are going well before the Team play two of their World Cup matches in Cardiff; against Uruguay (20 September) and Fiji (1 Oct).

Also on Millennium Stadium turf, Ireland, who are currently unbeaten in the Six Nations after their triumph over England yesterday afternoon, will head to Cardiff to take on Canada (19 Sep) and France (11 Oct).

A total of 950,000 Rugby World Cup 2015 tickets were sold in the September 2014 general sale, with record levels of demand for tickets for pool and knock-out stage matches.

Tournament organisers, England Rugby 2015, received applications for more than 5 million tickets, leading to demand exceeding supply at every price category for 23 of the 48 matches. Ballots were held for at least one price point in every one of the 48 matches.

Tickets are currently being sold in real time on a first-come first-served basis on the official Rugby World Cup 2015 ticketing site tickets.rugbyworldcup.com and will remain on sale until they sell out.

Millennium Stadium Manager Mark Williams said: “The 200 days to go milestone reminds us that 2015 is the year of the Rugby World Cup and as co-hosts of the Tournament the Millennium Stadium will play a significant part in delivering was is anticipated to be the best rugby occasion the world has ever seen.

“The cracking RBS 6 Nations rugby being played throughout the home nations at the moment will certainly whet the appetite of fans heading to the Millennium Stadium for Wales home matches against Fiji and Uruguay as well as Ireland’s games against Canada and France later this year.

“For all those who’ve yet to get their hands on a ticket, the Tournament organiser’s ‘Too Big To Miss’ campaign push for ‘200 days to go’ is a reminder that there’s still chance to get involved.”

A limited number of tickets may go on sale for price categories at matches that previously went to ballot due to hand backs from the Rugby World Cup Limited commercial programme.

The only official resale service for customers to sell any unwanted tickets to other fans at face value through the Rugby World Cup 2015 ticketing website will launch around March / April 2015.

In addition to the general sale, fans can also purchase ticket-inclusive tour packages through RWC 2015 Official Travel Agents and Official Hospitality at each match venue. Click on the Hospitality and Supporters Tour tabs below for more information.

Fans should only buy tickets from official sources. You can use the Official Ticketing Checker online to verify whether your RWC 2015 ticket source is official.