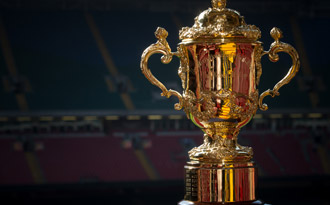 Rugby World Cup 2015 (RWC 2015) is coming to Cardiff and fans have just three days remaining to purchase tickets via the public sale window which is open until 6pm on September 29.

Up to one million tickets are currently available to fans all over the world through the official Rugby World Cup 2015 ticketing website: tickets.rugbyworldcup.com.

The Millennium Stadium will host eight matches in total, including six pool matches and two quarter-finals when the Tournament comes to town.

The opening weekend will see Ireland take on Canada on September 19, and Wales will play the Play-Off winner the following day.

Fiji will feature in the next two matches, against Australia on September 23 and Wales on October 1, before the World Champions New Zealand take on Georgia on October 2.

The final pool match, France v Ireland, will take place on October 11 before quarter-final matches are played on October 17 and 18.

Fans can apply now for up to four tickets for each match, and at 15 matches across the country you will be able to purchase up to 15 tickets.

Tickets in all four price categories will go on sale, starting at £15 for adults and £7 for children at some matches.
Matches or price categories that are oversubscribed will go to ballot so that tickets are fairly allocated and fans will find out which tickets they’ve been successful in purchasing in October 2014.

How to apply for tickets:
1.Create an account on the Official Rugby World Cup 2015 ticket website
In order to apply for tickets you will need to create an account at tickets.rugbyworldcup.com. Simply go to the website and enter your details to be ready to apply for tickets.
2. Choose the matches you want to apply for
48 matches will be played across the country at Rugby World Cup 2015 and 41 of these have child prices available. So start planning your own match schedule ahead of tickets going on sale. All details available at tickets.rugbyworldcup.com. You can apply for up to 4 tickets per match and 15 matches you can get the old rugby team back together or attend with a group of friends and apply for up to 15 tickets.
3. A fair ballot
Tickets for all 48 matches will go on sale but demand is expected to be high. Where matches are oversubscribed a ballot will be held to ensure all fans have an equal chance to secure tickets. The application window will be open September 12-29. Tickets are not sold on a first come, first served basis so you can apply at any point between September 12-29.
4. Maximise your chances and limit your spending
Maximise your chances to attend Rugby World Cup 2015 with our optional Match Manager tool. Apply for as many matches as you like and then cap the number you can be successful for in the ballot. For more information on Match Manager see tickets.rugbyworldcup.com. You can also opt to be allocated tickets at the next price category up, in the event that tickets at the price you applied for have sold out.
5. Confirming your tickets
Fans will find out which tickets they have successfully purchased in October 2014 following the close of the application window and the ballot.
Fans must only buy from official sources to avoid ticket fraud. Only tickets purchased at tickets.rugbyworldcup.com or through official travel and hospitality providers will guarantee entry to RWC 2015 matches, and England Rugby 2015 will launch an official RWC 2015 resale platform in 2015 to enable customers to sell any unwanted tickets at face value.