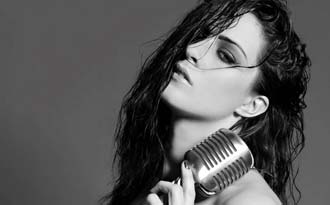 Former X Factor stars Rhydian Roberts and Lucie Jones are set to strike a chord with Welsh rugby fans this Easter Sunday when they perform at ‘Judgement Day II’ – the festival of regional rugby at the Millennium Stadium.

Runner-up in 2007’s show, Rhydian, and 2009 finalist, Lucie, will take centre stage at the iconic rugby venue when the Welsh regions go back-to-back in RaboDirect Pro12 games on Sunday (20 April).

Followed by X Factor finalist turned actress, model and MTV presenter Lucie, a Blues fan originally from Pentyrch, who will be hitting all the right notes during half-time when the Dragons face the Ospreys.

The 24-year-old singer-songwriter has played at the Millennium Stadium’s ‘fanzones’ during the recent RBS 6 Nations. His repertoire features ‘Remember Me’ inspired by his rugby playing days at Glamorgan Wanderers and Neath rugby clubs.

Millennium Stadium Manager Mark Williams said: “Judgement Day is a truly unique festival of Welsh rugby and yet again this year we are delighted to announce a stellar line-up of Welsh singing talent to match the top-quality rugby on offer on the pitch.

“Rhydian, Tim and Lucie should be well-known to the regular rugby supporters at regional and international games, but we’re expecting to attract many more people to come and support rugby in Wales this weekend – with the event offering a unique occasion of sport and entertainment to enjoy this Easter holiday.”

For this weekend’s encounter rugby fans can get their hands on tickets to watch the double-header now from £15 at the WRU website: www.wru.co.uk/tickets

An impressive crowd, including thousands who made the last minute decision to ‘walk up’ on the day, turned out for the inaugural event which sees the Blues and the Dragons play their ‘home’ fixtures against alternating regional rivals on the same day at Millennium Stadium.