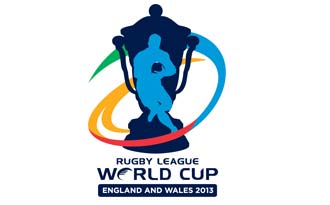 The biggest crowd ever is expected in the city-centre as the Rugby League World Cup kicks off at the iconic Millennium Stadium, according to tournament organisers.

The figure is said to be well in excess of the 41,271 already, with many more fans expected to take advantage of same-day ticket sales, from £30.

For those with a ticket to the match an outstanding atmosphere is guaranteed as England face Australia and Wales square off against Italy.

Fans can also expect a unique and exciting entertainment programme before the first game of the much-anticipated double-header kicks off at 2.30pm, followed by tournament co-hosts Wales versus Italy.

Known most famously as the home of the Welsh Rugby Union’s national squad, the multi-event venue has switched codes several times before since opening to the public in 1999.

Three Rugby League internationals have been held at the stadium prior to the 2013 World Cup. Two were played on 5 November, 2000 in the 2000 Rugby League World Cup – Lebanon and the Cook Islands drew 22–22 and Wales lost 58–18 to New Zealand.

The second ‘Millennium Magic’ event took place in May, 2008, although the 2009 and 2010 events were held at Murrayfield Stadium and were renamed ‘Magic Weekend’. In 2011, ‘Magic Weekend’ moved back to Cardiff with the opening round of Super League being played in the Welsh capital.

Bradford Bulls wing Elliot Kear played at the Millennium Stadium in a Welsh Schools Under 14 Cup final with Whitchuch HS in 2003. They won 17-10 and the star of the game was Ben Warburton, twin brother of British & Irish Lions captain Sam, who scored two tries. Sam also played in the game.

Rhys and Ben Evans both played at the Millennium Stadium for Brynteg Comprehensive Schools in the National Schools Rugby League final in 2005. The game was a curtain raiser to the 2005 Challenge Cup final between Leeds Rhinos and Hull FC. Brynteg beat Castreford High School 40-4 – Rhys got a hat-trick and Ben won the Chev Walker Trophy as man of the match.

The last time the Rugby League World Cup didn’t end up in antipodean hands was in 1972, when the trophy was lifted by Great Britain skipper Clive Sullivan on 11 November, 1972 at Stade de Gerland, Lyon. Clive was born in Cardiff, played for Wales and his son, Anthony, won two caps for Wales at Rugby Union, making his debut alongside Iestyn Harris against Argentina in 2001.