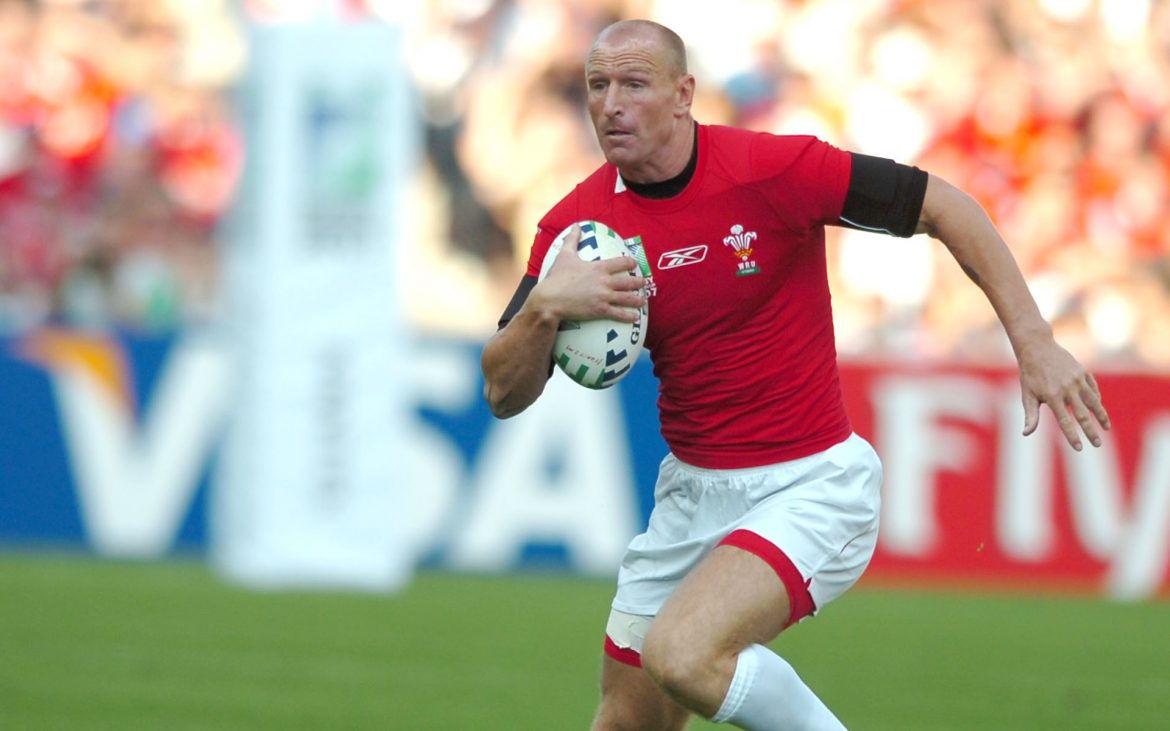 Thomas, who made 100 appearances for Wales as a Union player before switching codes to League, will join hundreds of dancers on the hallowed pitch for a feast of music and entertainment before back-to-back fixtures; England versus Australia and Wales versus Italy.

A RLWC2013 ambassador, Thomas will join fellow Welshman and celebrity presenter Gethin Jones and hundreds of community and elite dancers to kick off the World Cup celebrations at the home of Welsh sport.

Over 500 dancers are expected to participate from local communities in Wales and South West England as part of a £1 million project part-funded by the Arts Council England and Arts Council Wales, and supported by the charity Wooden Spoon.

According to an official announcement by RLWC2013 organisers today, the total number of performers will top 1,500 for a dance extravaganza created by some of the UK's leading choreographers.

Fans can also expect specially-designed lighting and original music from noted classical singer Camilla Kerslake, who will sing 'God Save The Queen' ahead of England's clash with Australia. Kerslake has sung for the Queen and an audience of 140,000 people at the Epsom Derby.

The Opening Ceremony will also include performances from female classical-pop quartet Escala and Welsh 'Queen of the Harps' Catrin Finch, and a mass choir of a thousand voices.

Finch's CD The Celtic Concerto went to number one this year in the classical charts. In 2000, she was appointed Royal Harpist to HRH The Prince of Wales, a position which she held for four years reviving the ancient tradition of a post last held in 1873.

RLWC2013 Tournament General Manager, Sally Bolton said: "It is amazing that Strictly Come Dancing, one of the biggest shows on the BBC, have agreed to be a key part of the Opening Ceremony. To have Gethin Jones and Martin Offiah as part of that will be a real treat for the crowd.

"But there is more than just dance to look forward to. Music from Camilla Kerslake, Catrin Finch and Escala will also give the show a real touch of quality and vibrancy to complement the matches to follow.

"And there'll be dramatic lighting, special effects, and an aerial show celebrating the 14 nations taking part in what promises to be a great tournament, the first major sporting event taking place in the UK since London 2012.

"All in all, the atmosphere under the closed roof of the Millennium Stadium is going to be electric, so it's really important that fans are in their seats by 1.30pm. It's a show not to be missed."

Fans can #bethere from the start to witness a spectacular show and two epic international Rugby League encounters under the closed roof at one of world sport's most atmospheric stadia.

Millennium Stadium Manager Mark Williams is certain there will be an unforgettable show on offer for fans to launch RLWC2013 in Cardiff:

"With just ten days to go until the Rugby League World Cup opens here at the Millennium Stadium, today's announcement is exciting not just for Rugby League fans but for people all over Cardiff and Wales. A fantastic entertainment schedule to mark the Opening Ceremony together with two great rugby fixtures ensures Saturday 26 October at the stadium will be a great day out for all the family, not to be missed.”