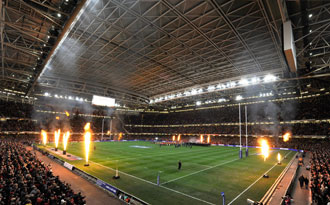 The Millennium Stadium is the greatest rugby stadium, according to a popular sports website.

UK’s B/R (Bleacher Report), a website covering sports around the world, has drawn up a list of the world's most iconic rugby grounds with the home of Welsh sport occupying the top spot.

On the popular sporting site, stadia from all over the world feature in no particular order with the exception of the Millennium which tops the lot. The website states:

“Here is a list of iconic grounds that have given so many memories over the years, in no particular order except for the Millennium Stadium: the greatest stadium in rugby, perhaps in the world.”

The recent article is not the first time Wales’ rugby ground has been hailed as the world’s best rugby stadium. The venue received the very same title from New Zealand Rugby World Magazine in 2009. Other accolades include: