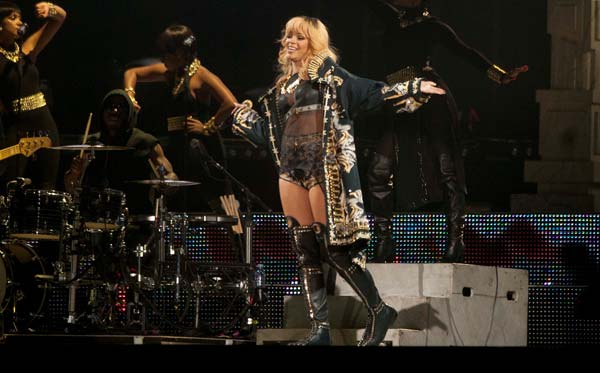 Over 60,000 Rihanna fans made up a live Millennium Stadium audience, as the worldwide superstar made the first UK stop on her much-talked-about international tour.

It was a top-notch performance by the 25-year old Barbadian songstress, befitting the tour’s ‘Diamonds’ title which honours the fastest-rising single of her career to date, and the first single from her 7th studio album in seven years UNAPOLOGETIC.

Rihanna greeted the fans in Cardiff with hip-hop number “Phresh Out The Runway” after special guest – DJ and music producer – David Guetta had warmed up the crowd with a superb sonic selection including Titanium.

Rihanna pulled out a host of costume changes, including a latex bustier, to match an eclectic range of music material.
As well as tunes from her current album, Rihanna delighted her fans with the popular “Umbrella” and well-known ballads like “What Now”, “Love The Way You Lie and “Hate That I Love You.”

Turning the beat up once more, the crowd roared through a crescendo of dance and pop favourites such as “Don’t Stop the Music”, “Where Have You Been” in the latter segment of an unforgettable two-hour plus set. Finishing off with a sparking ‘Diamonds’ performance as 60,000 plus fans swayed their diamond-shaped hands in the air.