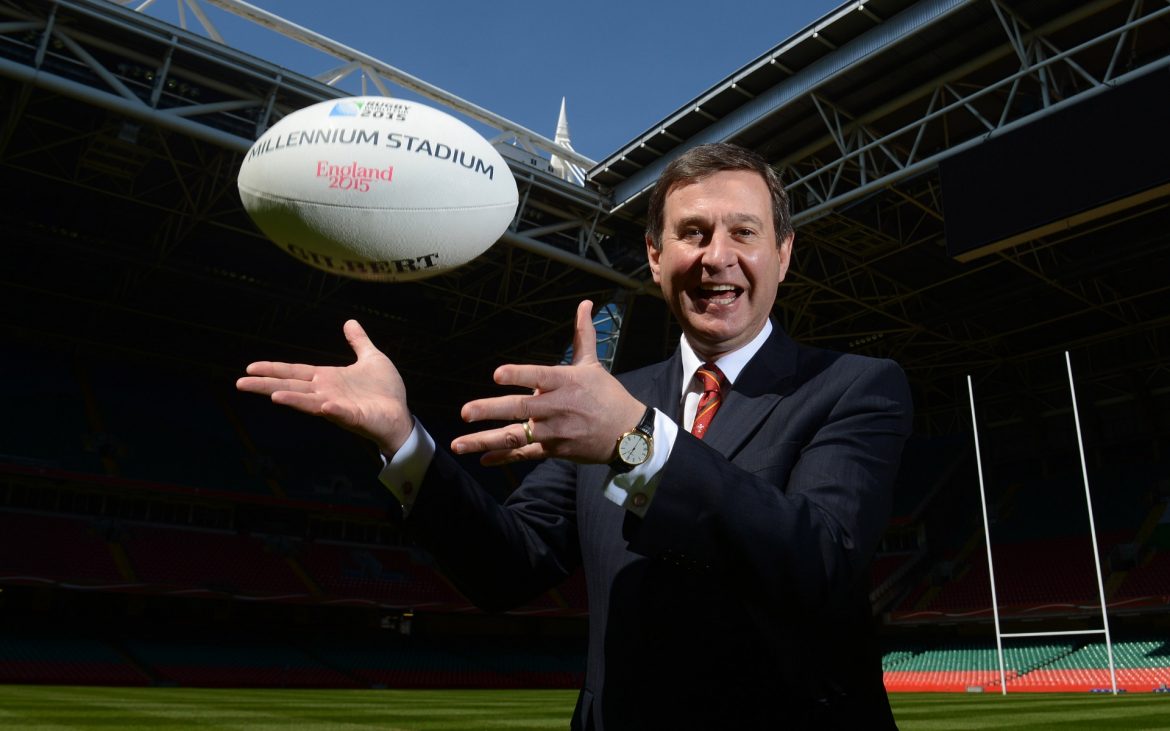 The Rugby World Cup in 2015 will deliver a multi million pound boost to the Welsh economy with the confirmation that eight international games including two quarter final matches will be played at the Millennium Stadium in Cardiff.

The fixture schedule also confirms that Wales will play two pool matches at the stadium in Cardiff during the tournament.

The announcement has given Welsh rugby fans even more to celebrate after a series of massive rugby achievements in recent months.

+ a Welsh head coach and captain for the touring party

+ seven coaching and backroom staff in the party as well

A comparison with other major rugby events held in Cardiff indicates that the eight games in 2015 could deliver a £100million boost to the Welsh economy.

The 2011 Heineken Cup Final in Cardiff alone is estimated by tournament organisers to have delivered a £30million to the local economy.

In 1999 when nine Rugby World Cup games were played in Wales an independent report estimated that there was an £83 million economic boost.

The 2015 tournament will mark the third time the Welsh capital has played host to the world’s greatest rugby tournament.

The stadium was built to host the 1999 Rugby World Cup final and also staged four matches during the 2007 tournament, hosted by France.

Welsh Rugby Union Group Chief Executive Roger Lewis said: “The news that Rugby World Cup is coming back to the Millennium Stadium is fantastic for Welsh rugby and fantastic for Wales.

“As well as welcoming Wales to Wales for two exciting fixtures, the stadium will be hosting eight games in total including two quarter finals and some of the world’s top rugby nations such as including Australia, New Zealand, France and Ireland.

“This feast of rugby action will also deliver a huge economic boost to Welsh rugby and Wales and allow us to showcase the very best of our nation to the rest of the world.

“It has been an extraordinary year for Welsh rugby. Today’s news follows the recent Lions announcement and a Six Nations Championship win. It’s another fantastic day for the Welsh Rugby Union and a tribute to everyone involved in the game in Wales.”

WRU Chairman, David Pickering, who is also a director of Rugby World Cup 2015, added: “I am delighted that we have been able to secure this fantastic schedule of games for Wales.

“We are a true rugby nation this gives our supporters a real and meaningful sense of involvement in one of the greatest of all modern sporting tournaments.

“Wales is easily accessible from the rugby strongholds of the midlands, the south west and even London so we can expect an invasion of visitors to our capital city and the surrounding areas.

“This is great news for Wales and, yet again, that we sit at the top table when it comes to hosting major sporting events.”

First Minister, Carwyn Jones, said: “This is more excellent news for Welsh rugby fans in yet another fantastic week for Welsh sport.

“These exciting fixtures provide us with an opportunity to further showcase Wales to a global audience, not just as a place to enjoy world class sport, but as a destination of choice for leisure and business. It will also bring significant economic benefits, not only to Cardiff but for the whole of Wales.”

The Leader of Cardiff Council, Cllr Heather Joyce said: “I am delighted that Cardiff has been chosen as a host city for the Rugby World Cup in 2015, further cementing the city’s status as a first class sporting destination.

“The Millennium Stadium and the infrastructure we have in place means that rugby fans will be able to experience high-profile games right in the heart of the Welsh capital and once again the international spotlight will focus on Cardiff.”

Cardiff council’s Cabinet Member for Sport, Leisure and Culture, Huw Thomas said: “Cardiff has a fantastic tradition of hosting major events and we are looking forward to welcoming the Rugby World Cup back to the city.

“The announcement comes at an exciting time for Welsh Rugby as 15 national players have been selected for the Lions squad this week with local boy Sam Warburton being chosen as Captain. It demonstrates the passion and success for rugby we have here in Cardiff and will inevitably encourage more youngsters to be inspired to get involved in the sport in the future.”